We were the first one to bring you the price of the yet-to-be-launched Kawasaki flaghsip- the Ninja H2. Since its debut at the 2014 EICMA motor show in Milan, the Kawasaki Ninja H2 has grabbed a lot of eyeballs from motorcycling enthusiasts all across the world. Kawasaki had commenced the booking of the bike in December last year with a payment of INR 10 lakh. Now, our trusted source has informed us that Kawasaki will be launching the Ninja H2 on April 3rd 2015 at the Buddh International Circuit. 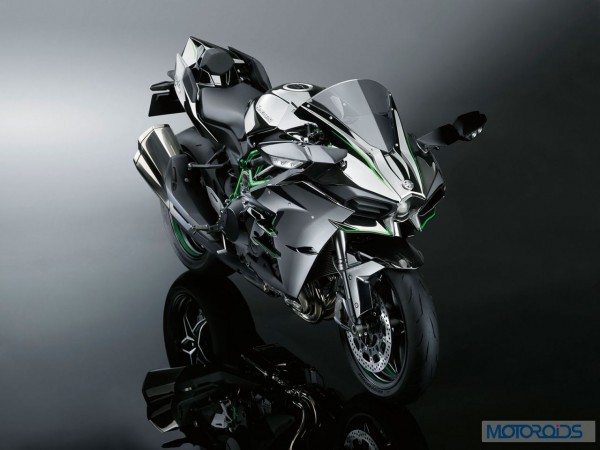 If you have the moolah and want this bike badly, you will be disappointed to know that all the 5 units alloted to India have been booked already and the bike will retail at INR 32.8 lakh (On-road Pune). 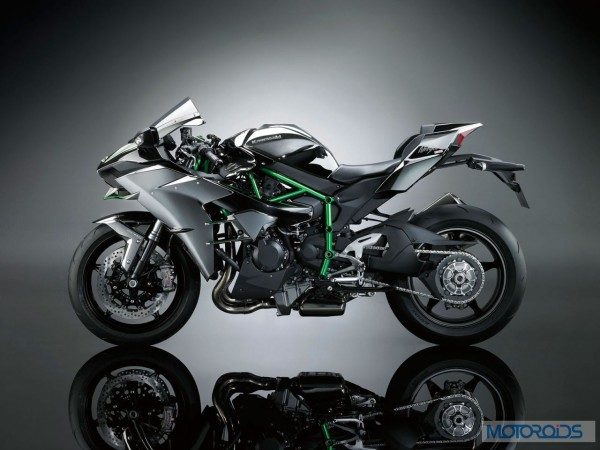 Powering the Ninja H2 is a supercharged 998 cc in-line four cylinder engine which packs a whopping 200 PS. As you can see in the images, the Ninja H2 looks extra-terrestrial and boasts of technology used to explore the space too. Air supplied to the supercharger of the H2 enters via a single Ram Air intake in the left side of the upper cowl. The Ram Air duct was designed to route fresh air to the supercharger in as straight a line as possible. The supercharger is driven by a planetary gear train, which runs off the crankshaft. The design has been borrowed by no other motorcycle but from Kawasaki’s Aerospace Company which resulted in a very compact unit, with minimal power loss.

Stay tuned to Motoroids for more dope on the Ninja H2 India launch.