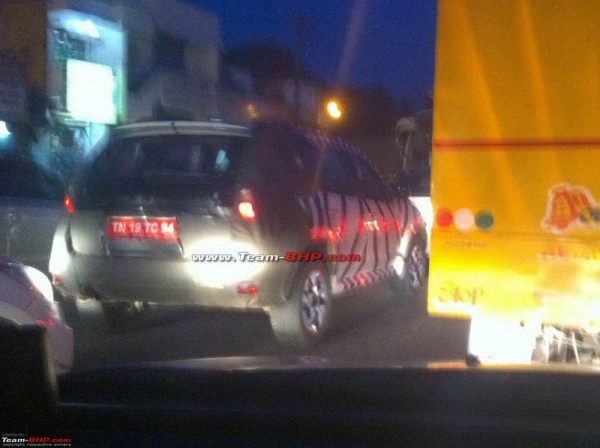 It has been just a day since we last posted a set of spy pics of Nissan Terrano and now, yet another set of new spy pics of the eagerly awaited compact crossover have surfaced on the cyber space.

The Terrano will be unveiled in India in August and would rival the Renault Duster and the Ford EcoSport.

The Nissan Terrano compact crossover will be produced at Nissan’s Oragadam manufacturing facility and would be more than ‘yet another’ product of badge engineering. 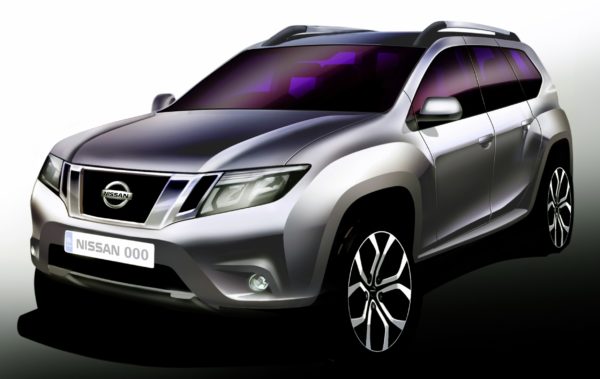 The Terrano will have a thoroughly revised front fascia that will consist of a new bumper, new headlight units and a new front grille. The Terrano will also have a new tailgate and new design motif for the tail lamps. 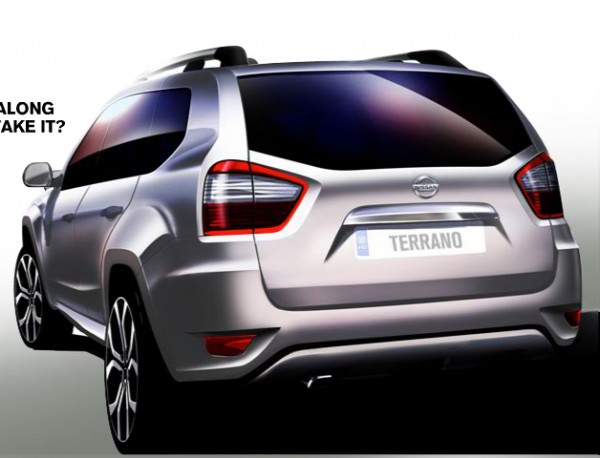 In profile, the Terrano will be seen carrying a straight crease in the lower half of its body. It may be noted that the Duster has an inverted-U like crease. The car also sports different alloy wheels, which would be more stylish than those on Duster, and is likely to come with a new set of taillamps, along with a slightly revised fifth door and a new rear bumper. 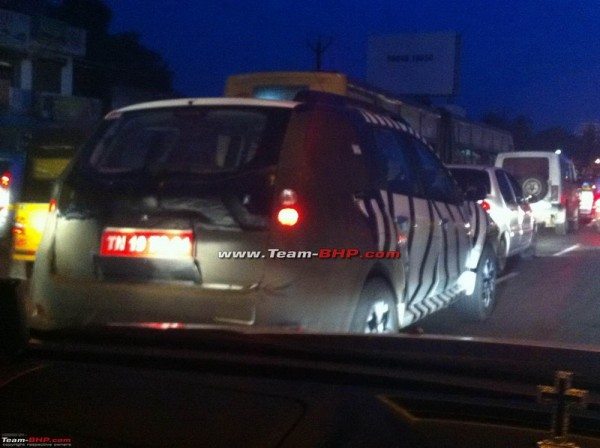 Many auto experts are saying that the Nissan Terrano will be slightly pricier than the Renault offering. The Nissan Terrano could be priced around INR 50,000 to 75,000 higher than the Duster and justifying this higher price tag will be a longer features & equipment list.

Go to next page for all 2014 Nissan Terrano spy pics

Via TeamBHP and IAB