Home Maruti Suzuki SPIED: Check out the interiors of the 2014 Suzuki Alto (Next gen Maruti AStar)

We were easily among the very firsts in the country to have reported about the sightings of the next gen 2014 Suzuki Alto aka Maruti AStar. 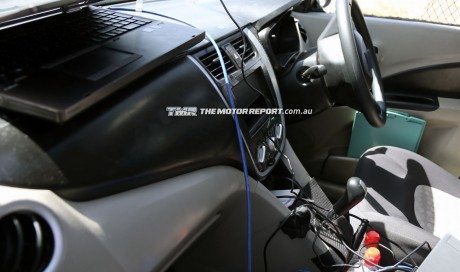 The 2014 Suzuki Alto small car has again been spotted testing and the latest set of spy pics offers to us a sneak peek at the interiors of the upcoming Alto. The dashboard of the 2014 Alto, just like its exteriors, is more evolutionary than revolutionary and definitely looks like it belongs to a small Suzuki hatchback. However, we expect the interiors of the next gen car to benefit from improved quality of plastics. 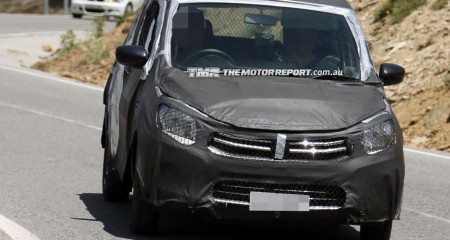 From what can be made out from these pics, the car seems to be penultimate stages of development.

As can be seen, the 2014 Alto sports thick B and C Pillars and the front grille seems to have taken inspiration from that of the new SX4 S-Cross crossover. 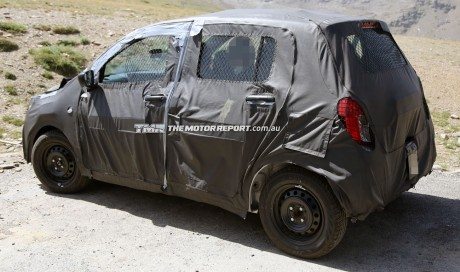 Also, the taillamps seem to bear striking resemblance to those on the current JDM-spec Alto.

The Suzuki Alto is easily among the most successful of cars from the Japanese auto maker. The current Alto, which is the sixth generation model, is also sold as the A-Star in many car markets (like that of India). The current gen Alto came way back in 2009 and hence, it would only be logical for Suzuki to soon come up with the next generation model. The next gen Alto is expected to have higher levels of equipment, fuel economy and power. Also, the new car could be launched with a small capacity diesel engine option.

Not much is known about the next gen Suzuki Alto but stay tuned to Motoroids for more updates.