Home Features Enough of cars, how about a truck limo 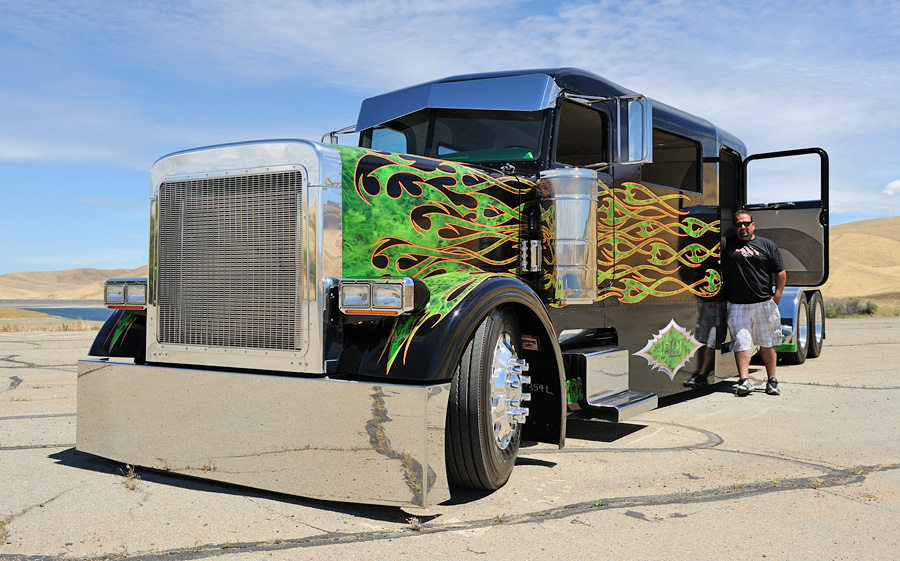 There’s no dearth of crazy auto enthusiasts who’d always try to make their whacky creation stand out of the usual crowd. We’ve seen and read enough of car restorations and custom car jobs that include our home grown automobile modification house DC Design. But creating stretched out limousines out of an everyday road going car might not sound as extreme as this. 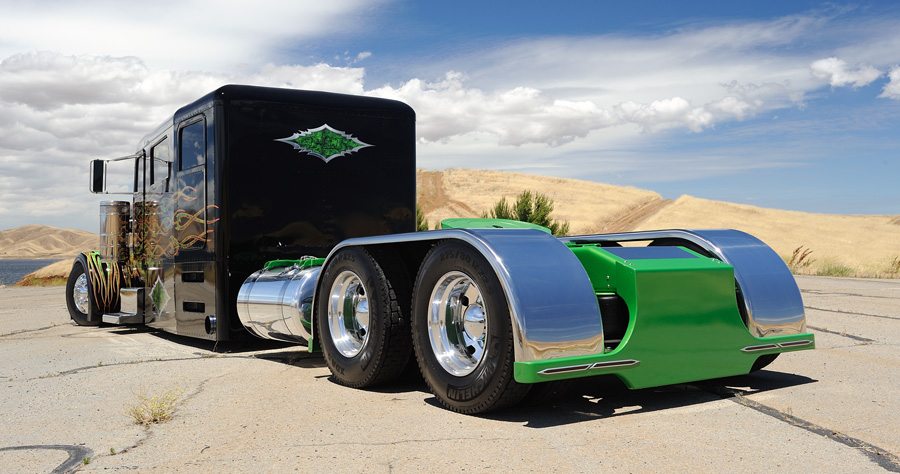 Built to compete at a Trucking-Build Off event, a crazy bloke by the name of Jeff Botelho and his team created a limousine out of a 2002 Peterbilt truck. Named as the “Cowboy Limousine”, the luxuriously transformed truck’s cabin was first stretched to 15 feet. The original engine was dumped and replaced with a C15 engine that was souped up to produce a staggering 2000 bhp. 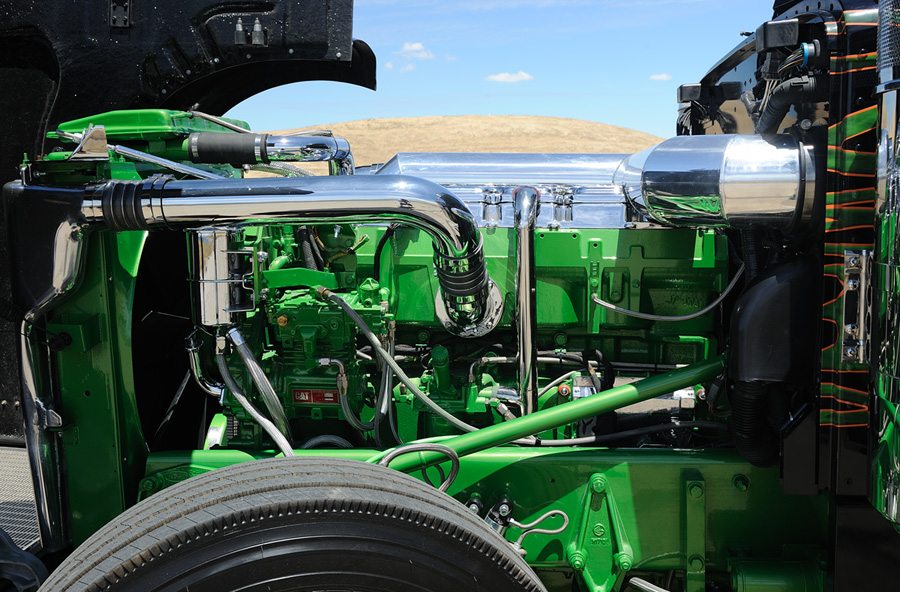 The truck was treated to load of green shade with chrome- starting off from the engine finished in the two tone combo to the chrome finished wheels and chassis in green. Two 7 inch chrome exhausts were fixed on the side skirts to add to the styling quotient. 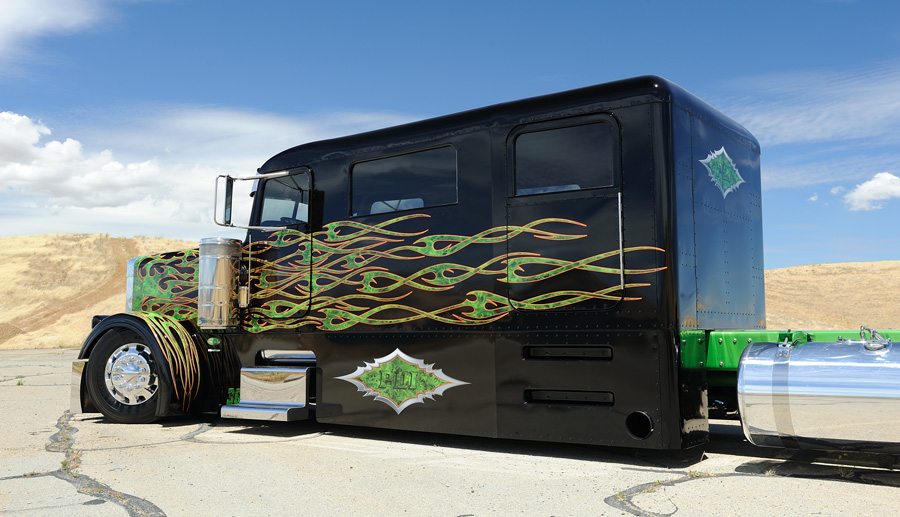 The interiors were rather chosen to be simplistic compared to the overwhelming blingy exterior of the Cowboy Limousine. Tan and brown leather was used extensively for the upholstery and the cabin that was unfussy but airy. One could probably have a weekend party inside with a small group of bumchums- and yeah it’s got a pretty powerful music system too. 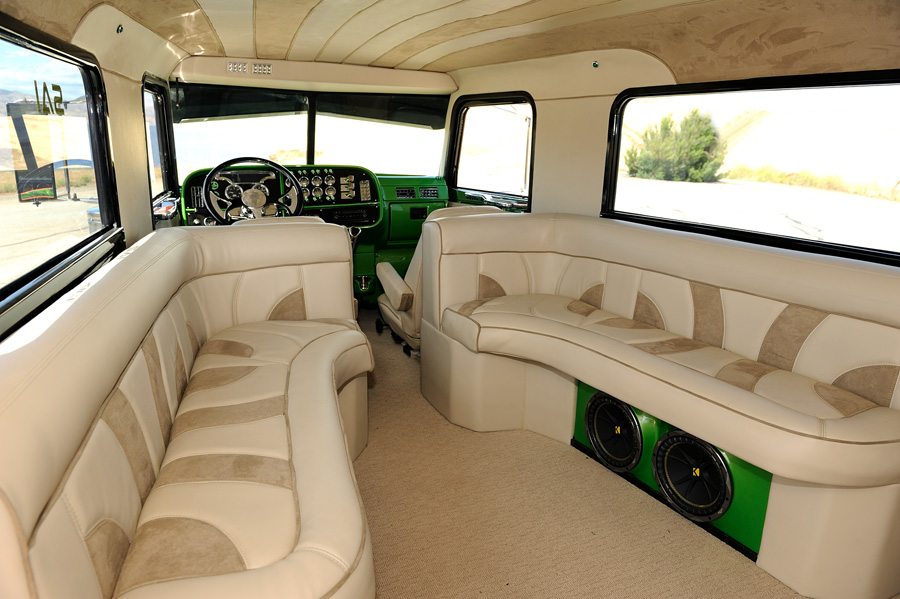 In the end, the Cowboy Limousine didn’t manage to win any awards at the competition, but then it’s a pretty desirable set of wheels.