We have seen many automobile manufacturers reviving iconic nameplates to evoke customer sentiments based on the iconic name’s legacy of yesteryears. We saw it happen with the Chetak when Bajaj decided to bring the legendary moniker back and made it electric. There have been rumours floating every now and then of Maruti Suzuki thinking of bringing the 800 back. While the time may be far before we see it turn into a reality, a Pune-based EV specialist, Hemank Dabhade has been working on converting a Maruti 800 into a pure EV.

Hemank Dabhade, with his team at Northway Motorsport has developed an all-electric version of the Maruti 800, dubbed as ‘Maruti 800 EV’. The build has reached its final stages and Hemank has documented the same on his YouTube channel. It isn’t the first time he has pulled off something like this as he did the same job with a Honda Activa and a Chevrolet Beat in the past as well.

He is seen performing power slides at the end of the video and it goes on to show that the humble Maruti 800 now packs a lot more power than before. The two-seater RWD car reportedly churns out 378 nm of torque. The real-world driving range is claimed to be about 150km on a full charge. 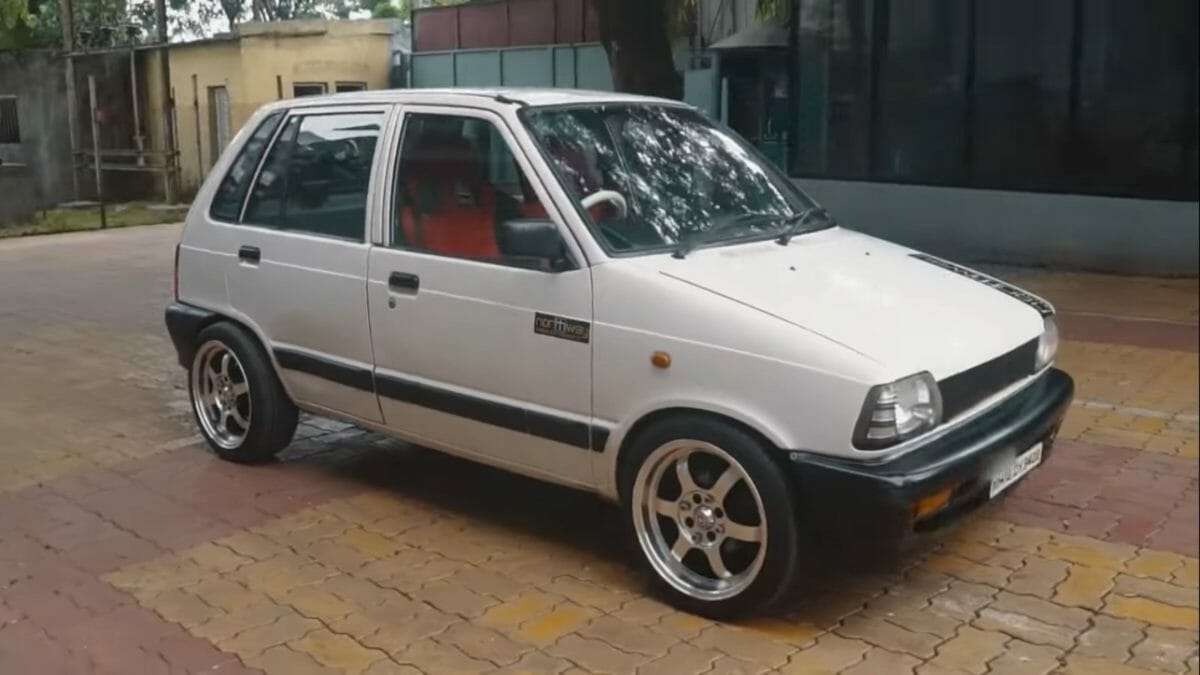 The stock powertrain is stripped out to house the battery components and there are some alterations done to the chassis as well. There are some cosmetic modifications visible as well. While the look and feel of the stock Maruti 800 has been retained, this build boasts of new spoke rims and front grille. 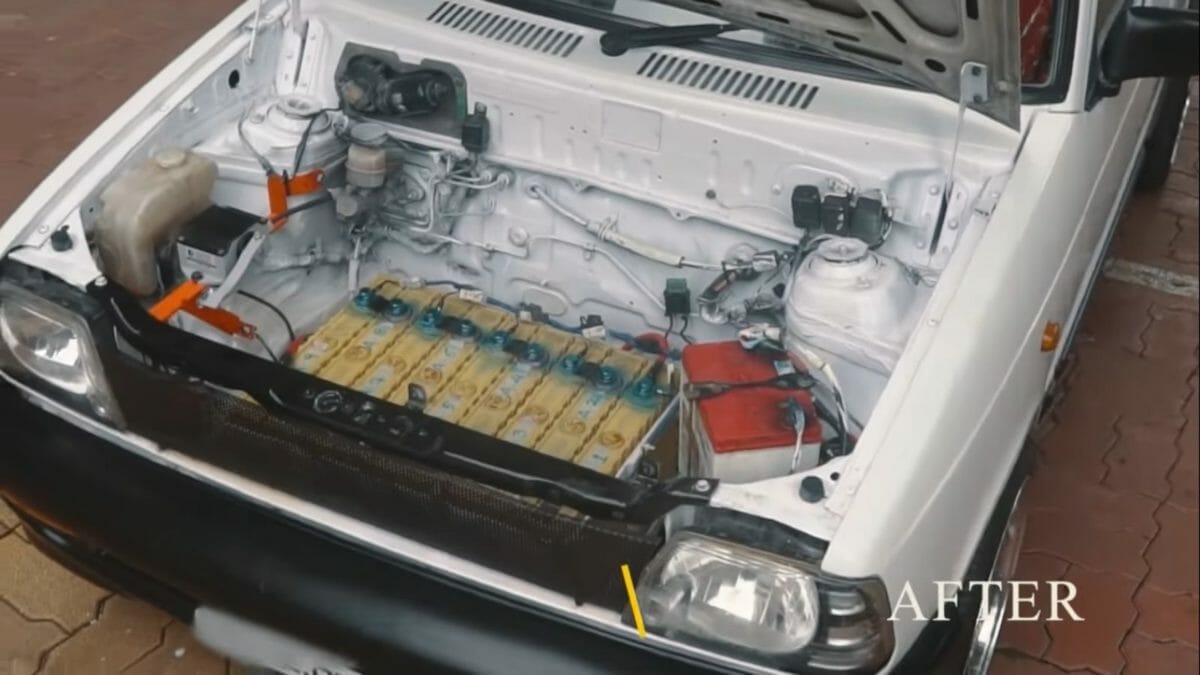 The interior has been upgraded too, to go well with the performance it has on offer now. The stock interiors look rather bland and too plain jane for this monster RWD car. Stock seats have made for sportier units and the rear seats now house a cooling system for the batteries. There’s also a custom touchscreen panel based on a Raspberry Pi single-board computer. It incorporates real-time battery usage, motor and control temperature; output calibration and the basic drive modes: Forward, Neutral and Reverse. The guys have also thrown in Hill-hold assist apart from a sporty steering wheel unit. 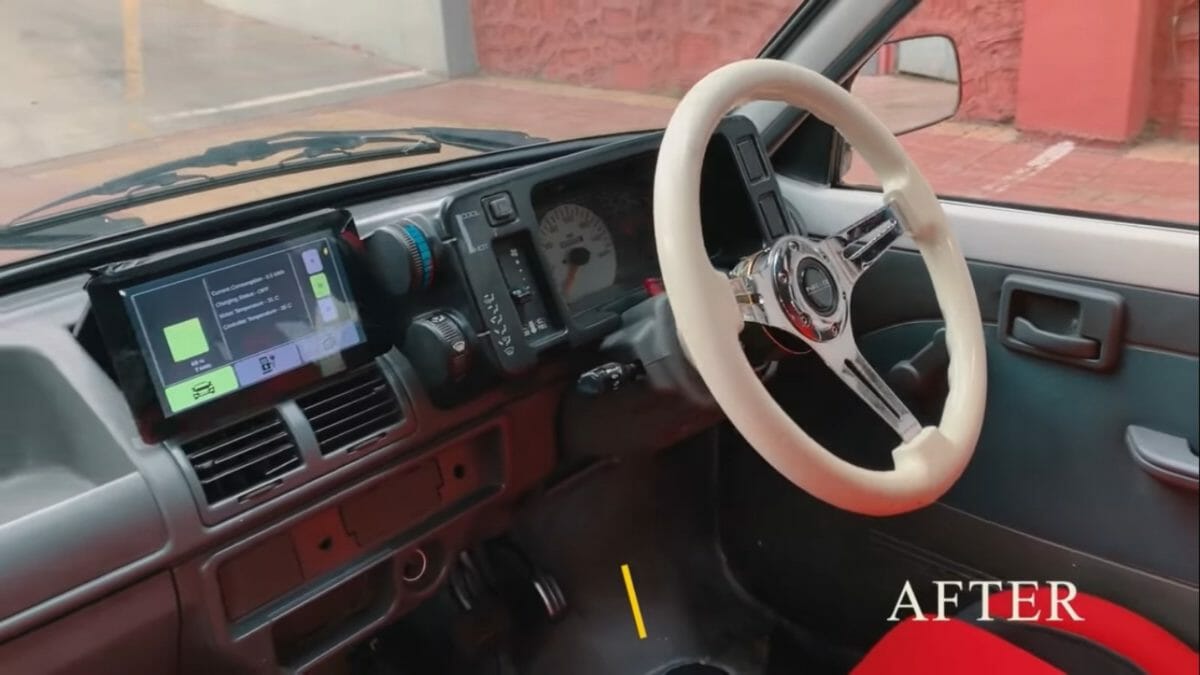 You’re probably too young if you haven’t heard about the Maruti 800. In 1983, the first Maruti ever rolled out of the company’s Gurgaon-based manufacturing facility and it was the 800 which later went on to become an absolute hit among the Indian masses. It was targeted towards the common man and existed in the era of Hindustan Ambassador and Fiat Padmini. It was the 800 which cemented Maruti Suzuki’s brand presence in the Indian automotive scenario. If Maruti pulls off a Bajaj Chetak, the 800 would be an obvious choice. It would appeal to the masses, optimizing its legacy as its main weapon. It is claimed that out of 2.87 million 800s produced during the product’s lifecycle, about 2.66 million were sold in India alone. This is a testimony of its popularity amongst us Indians.

Also read: This Maruti 800 Is A True Off-Road Monster

If Maruti ever decides to revive the 800 moniker, and it turns out to be an affordable electric car, it could start something new, just like the original version did in the 80s.