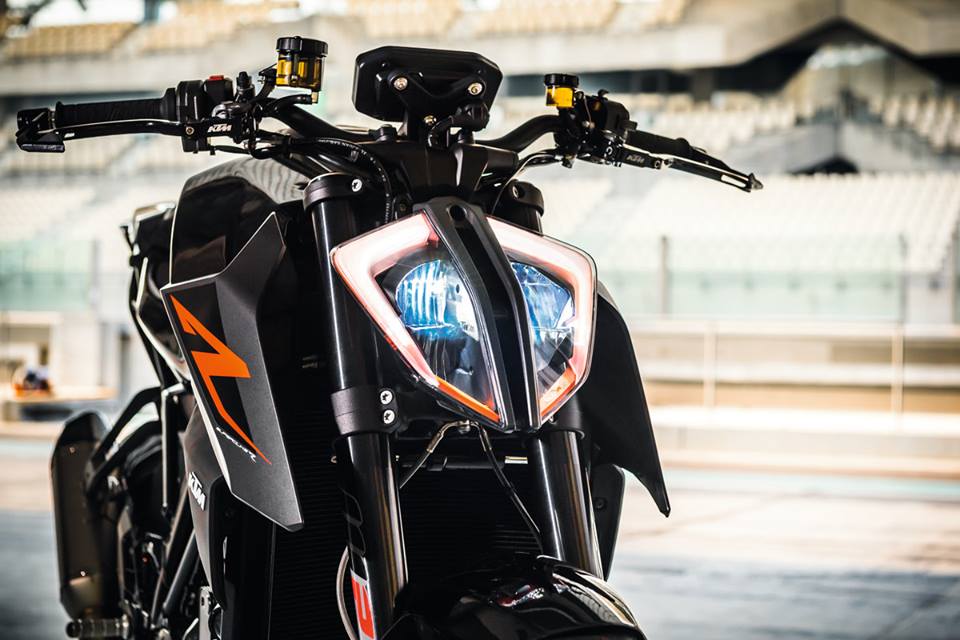 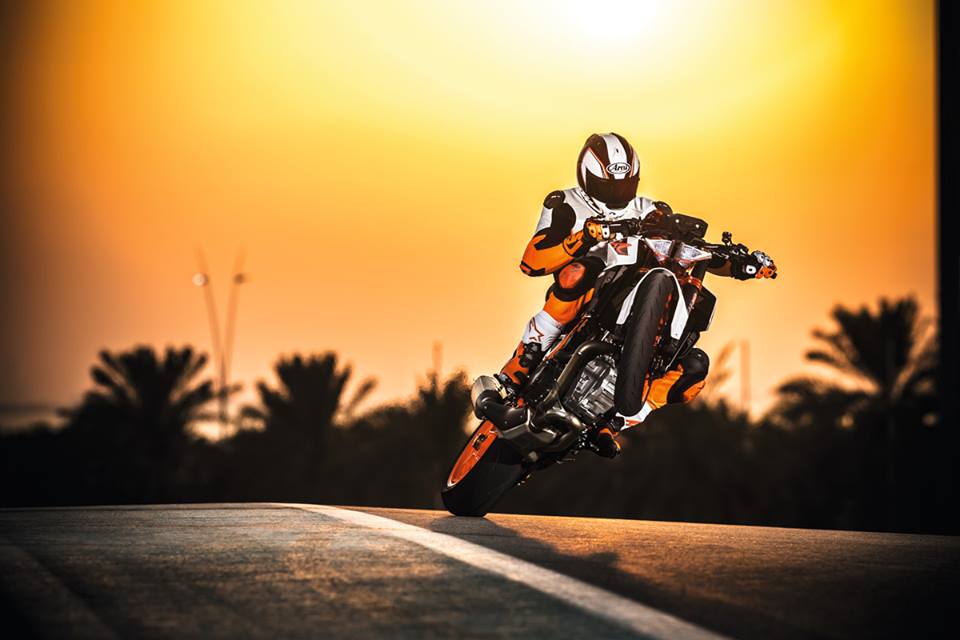 KTM’s official release states that every part was reconsidered to perform on and off the racetrack for a truly READY TO RACE motorcycle. The new LED headlight is claimed to add no unnecessary parts or weight. The new multifunctional TFT-dashboard, on the other hand, displays all important information in a clear and bright display. Apart from the new headlight, the new 1290 Super Duke R also dons new body panels which give the motorcycle a muscular look. 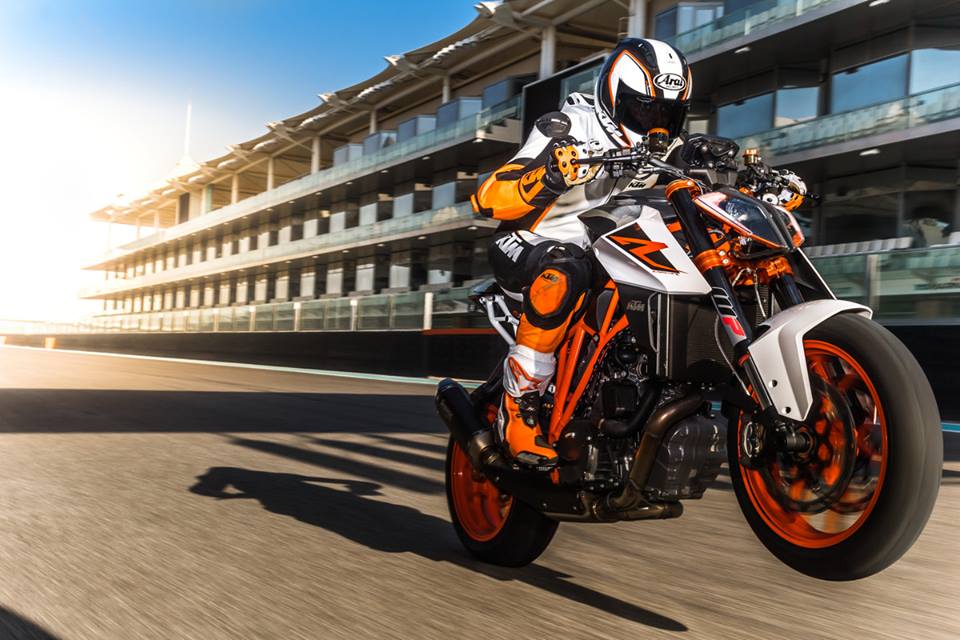 On technology front, the motorcycle now features keyless ignition and a TFT instrument cluster which can be clubbed with the optional KTM MY RIDE multimedia system. The system lets you connect your smartphone and media player to the TFT display and access various features. The motorcycle also features MSC (stability control) as standard, along with MTC traction control, Bosch Cornering ABS, selectable rider modes (three modes), and a supermoto mode which allows the rider to lock and slide the rear wheel. 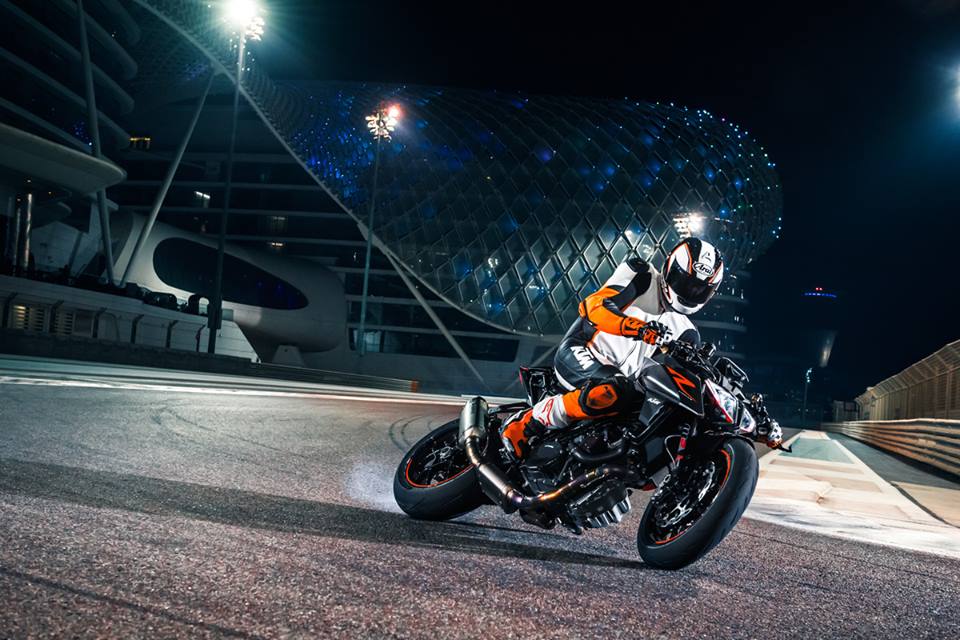 The optional packs includes Performance and Action packs. The Performance pack offers a quickshifter which works both ways (up and down shift) which is seen on many flagship 2017 products, along with torque control Motor Slip Regulation (MSR) and MY RIDE. Then there is the Track option gets you selectable engine mapping, MTC slip control, launch control and switchable anti-wheelie. MSR is designed to provide additional assistance if it identifies an impending difference between front and rear wheel speed when decelerating on surfaces with a low coefficient of friction. 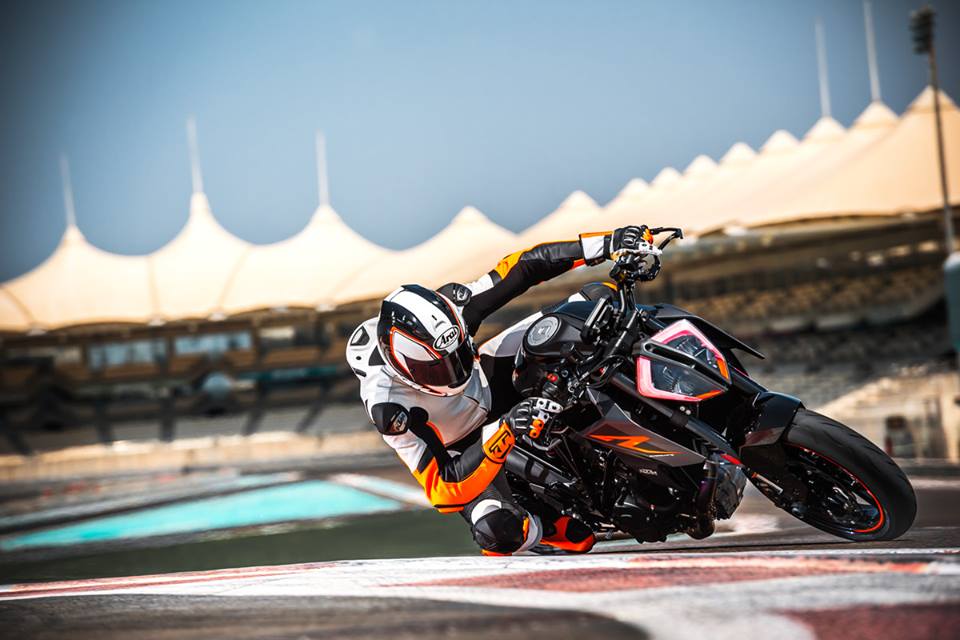 It’s fast, really fast because despite making it Euro IV emission compliant, the engineers have managed to pack in a marginal performance hike. The 1290 Super Duke R now bristles with more power from its 1,301 cc LC8 twin-cylinder engine — 177 hp to be precise (against 173 hp on the outgoing model) — with its reworked cylinder head and intake. The new model also features 48mm WP suspensions is stiffer for better handling and can be adjusted for rebound and preload.

Watch the motorcycle in action in the official video below:

Check out the complete image gallery of the 2017 KTM 1290 Super Duke R below.