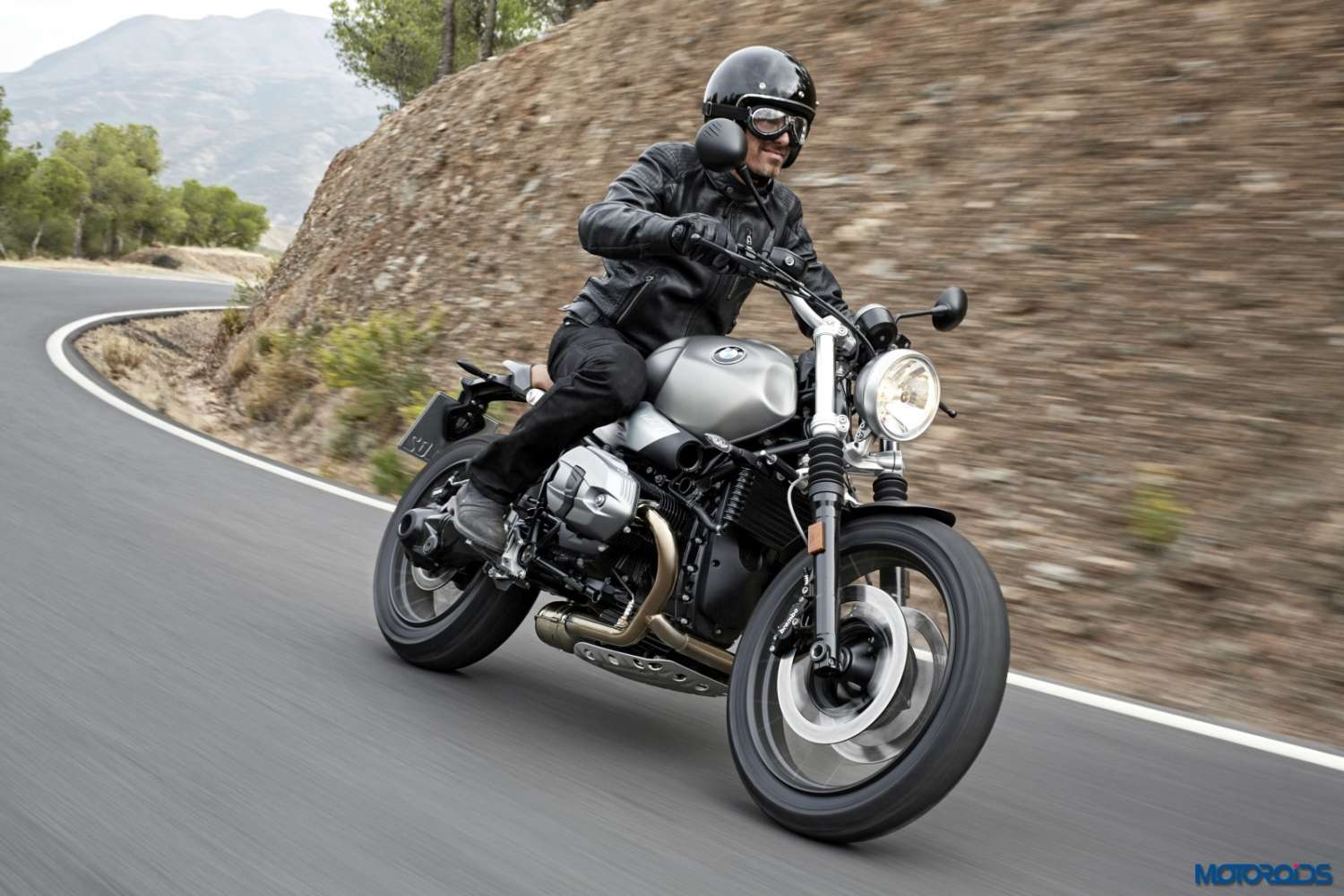 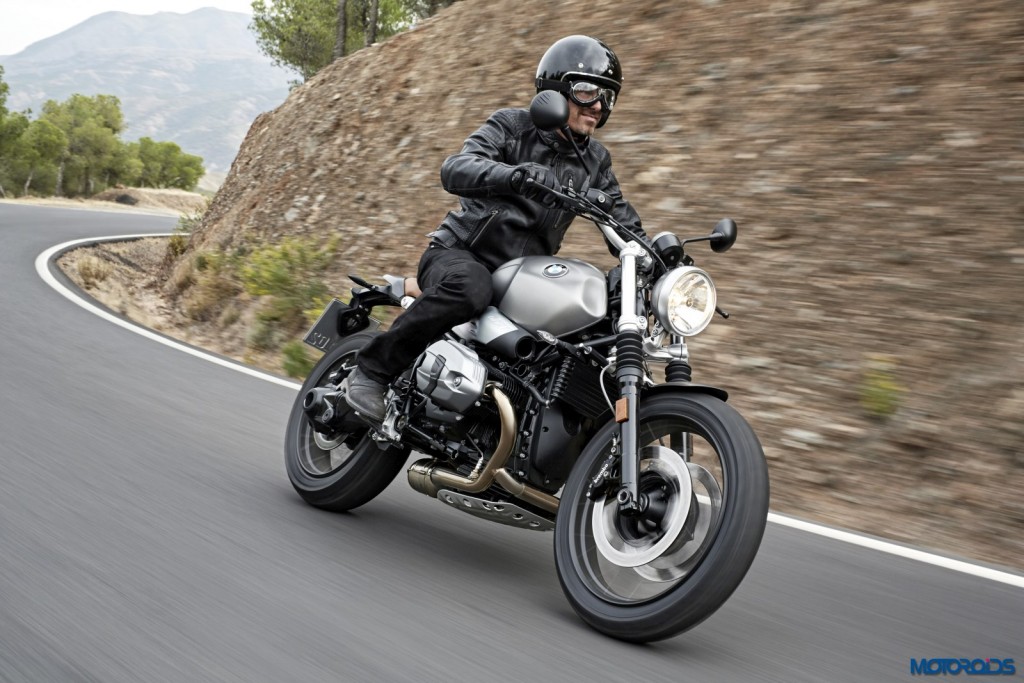 After making us speculate for months, and making third party designers spawn a whole array of Scrambler themed R nineT motorcycles, BMW has finally, officially, revealed the R nineT Scrambler. Representing fun, frolic and freedom since the 1950’s the scramblers have been the tools of choice for the free-spirited.

Following the history of the 1951 BMW R 68, which had a raised 2-in-1 exhaust, like the one used by BMW Motorrad legend Georg “Schorsch” Meier, BMW is offering the scrambler with a raised exhaust. The exhaust unit has been fitted very close to the body of the bike so that it continues looking slim. And while the new exhaust produces a likeable sound, it complies with the noise emission norms. 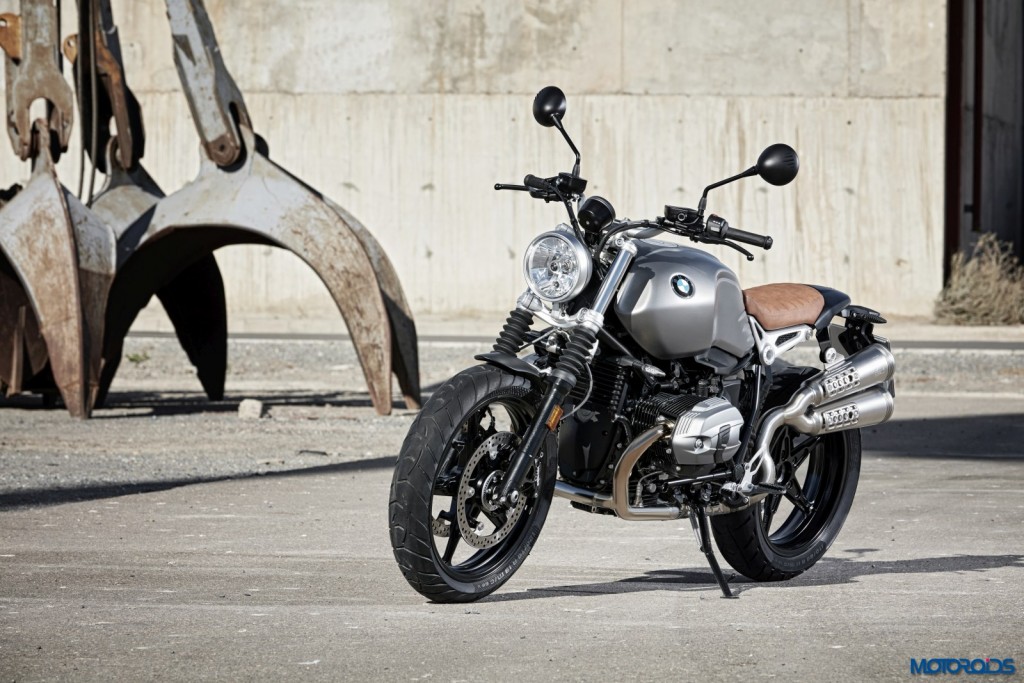 With the new R nineT BMW wishes to revive the Scrambler era. In an official release, the company says “It has everything that defines this motorcycle type, filled with a very distinct spirit and created for motorcycle fans who love things that are purist, reduced to the essentials and non-conformist – combined with the technology and quality of a BMW.” 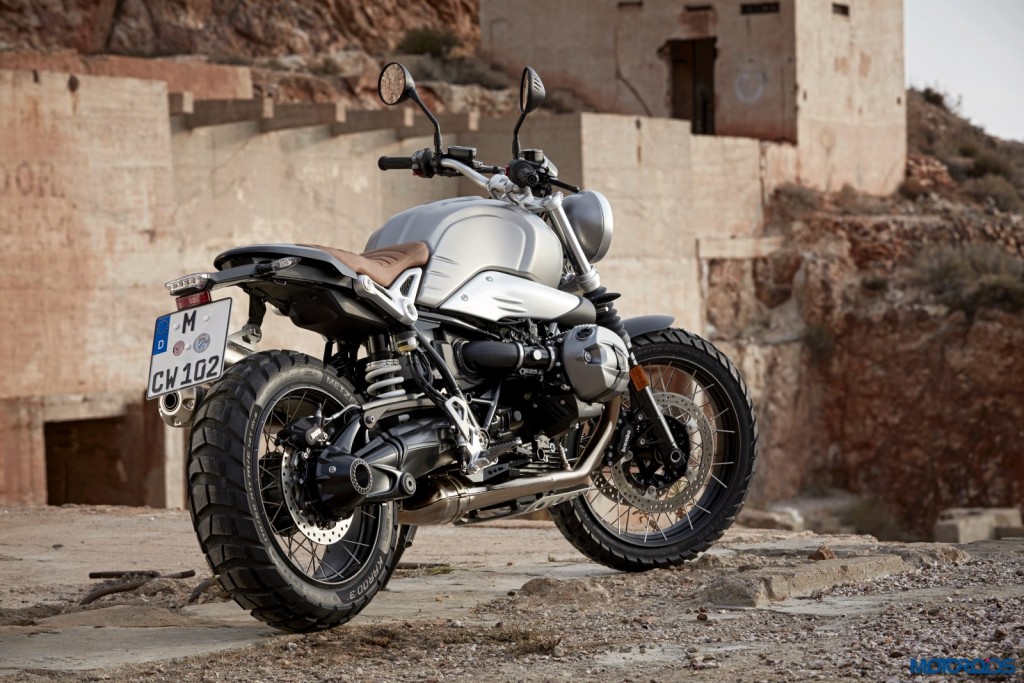 True to the classic styling of the 50’s original, the new R nineT Scrambler is defined by a blend of classic and modern elements of motorcycle design. The circular headlamp and the speedometer with analog display reflect the classic connection. The painted 17-litre sheet-steel fuel tank and the trim cover with embossed R nineT inscription on the air intake duct are some other fine details on Scrambler. 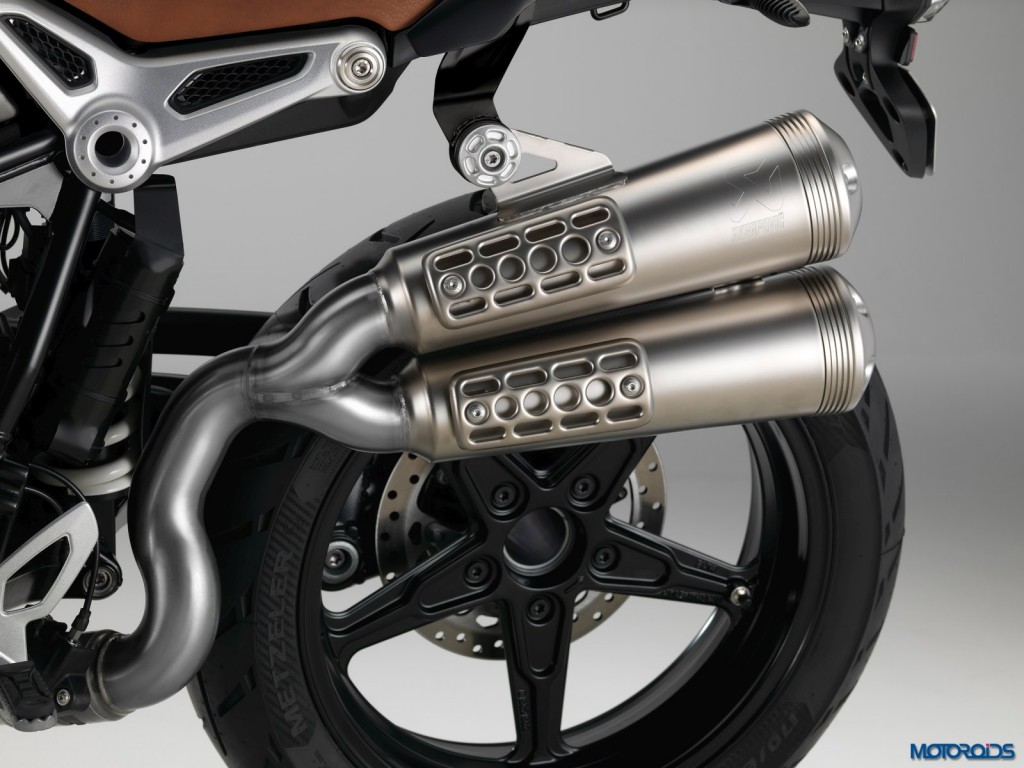 BMW Motorrad has taken due care to portray the scrambler as a premium, high quality product. Tasty details include the aluminium forged parts. For example the handlebar clamp, made of aluminium and bearing an engraved BMW Motorrad inscription looks great. The tapered and stitched seat is finished in patinised leather look, and in a Saddle Brown colour looks extremely classy.

The new BMW Motorrad Scrambler is powered by a classic air-cooled, flat-twin boxer engine. Known for its legendary design, ruggedness, torque and characteristic sound, the 1170cc engine delivers a peak power of 110 hp at 7750 rpm, and a maximum torque of 116 Nm at 6 000 rpm. The engine is also Euro 4 compliant. 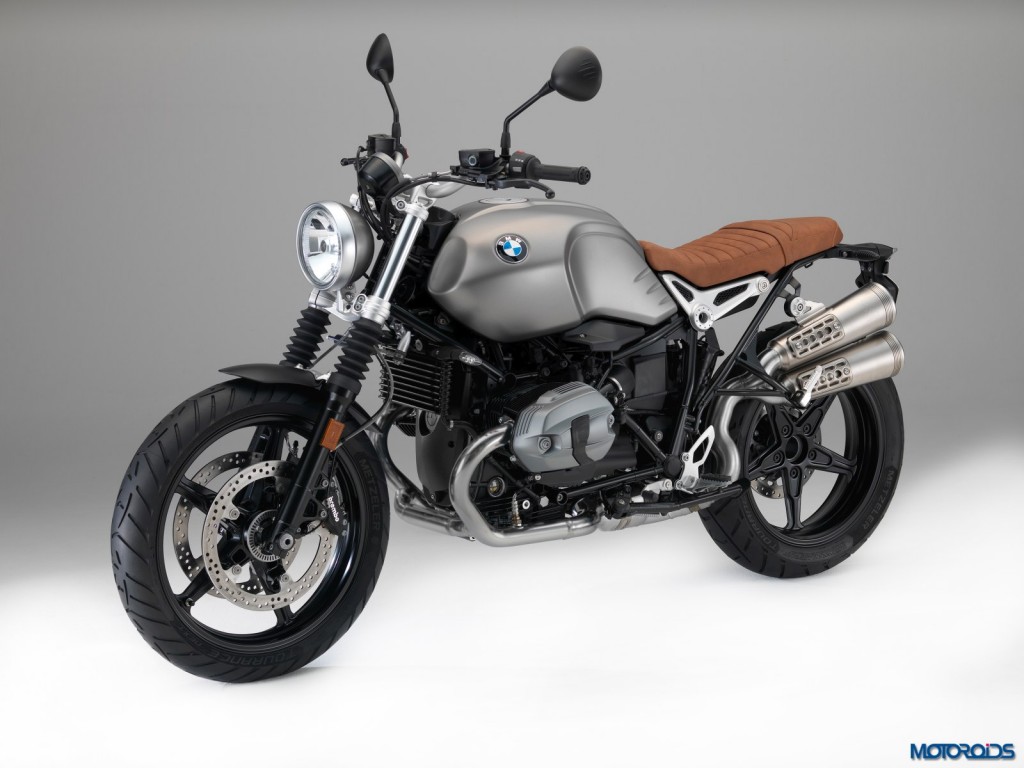 A response to the motorcycle fans who wish to be able to modify their bike creatively according to their own personal taste, the R nineT Scrambler is a blank canvas for modifiers. The spectrum of potential alterations ranges from original BMW Motorrad accessories to third party kits.

The boxer engine is a load-bearing element of the Scrambler’s chassis and consists of a front section with integrated steering head and a rear section with swinging arm mount. The passenger frame can be dismounted, allowing the R nineT Scrambler to be used either by two people or – for a particularly stylish appearance – by the rider only. 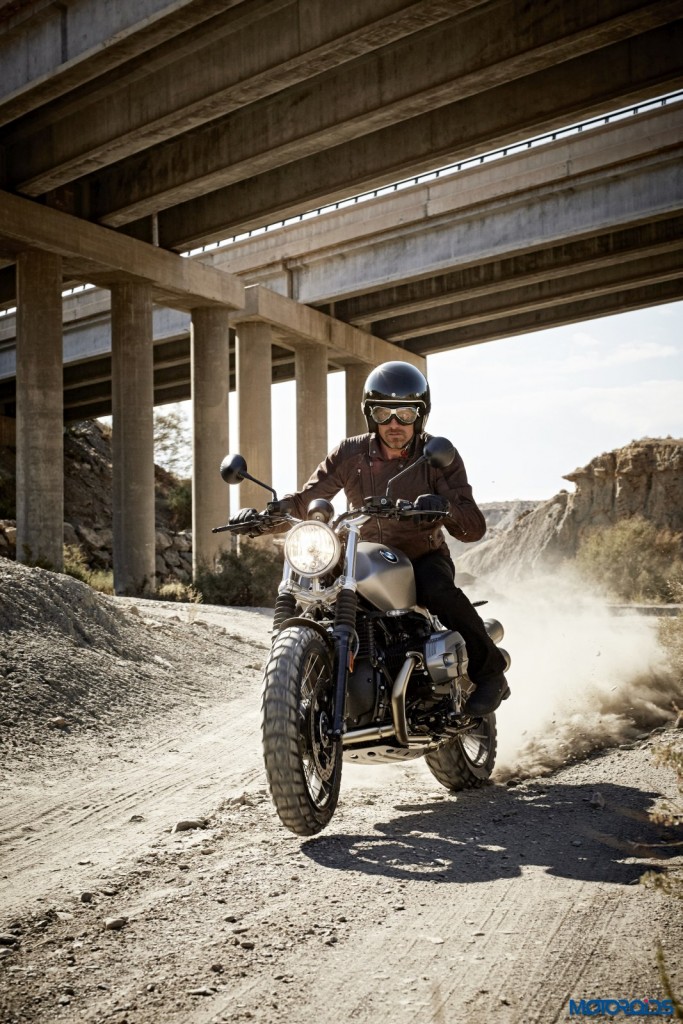 Front suspension is telescopic with rubber gaiters 125 mm travel. Rear suspension is taken care of by a Paralever single-sided swing-arm as used in the other boxer models. Suspension and damping are carried out via a central spring strut. The spring travel is 140 millimetres.

The new BMW Scrambler is fitted with light alloy cast wheels. In typical Scrambler style it has a large 19-inch front wheel and a 17 inch rear, with tyre sizes of 120/70-19 and 170/60-17 respectively.

The R nineT gets ABS as standard. 4-piston calipers, steel-wrapped brake lines and 320-millimetre brake discs perform stopping duties at the front. At the rear, a 165mm single-disc brake with a 2-piston floating calliper drops the anchors. 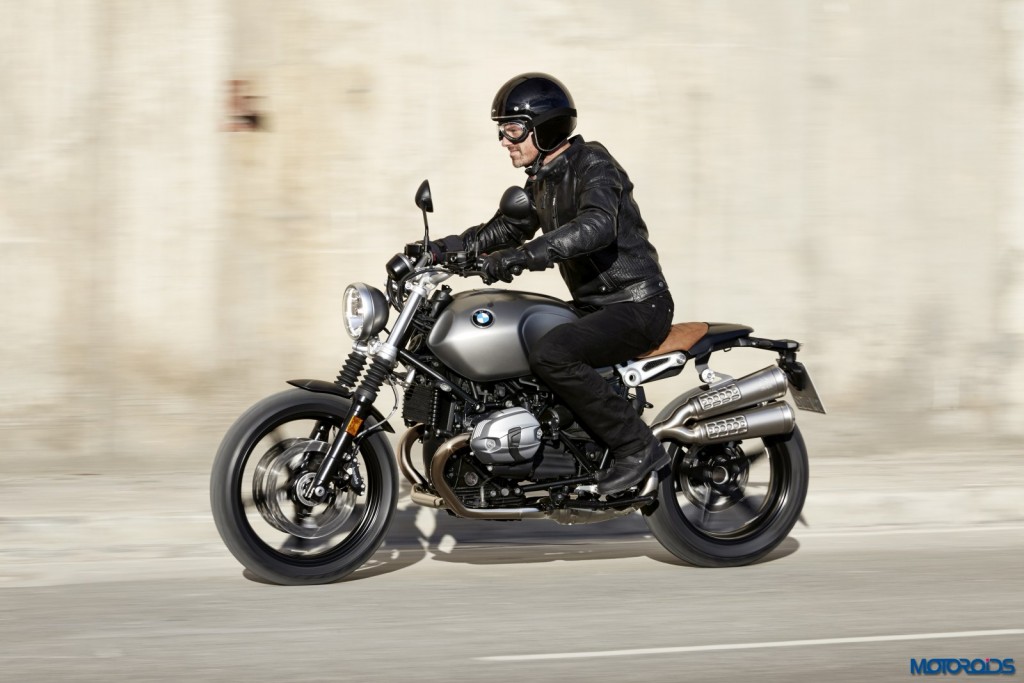 The seating position on the new motorcycle is relaxed and upright, and features a different rider triangle as compared to the R nineT. The handlebars are higher, and the footrests are positioned somewhat lower and further to the rear.

Highlights of the new BMW R nineT Scrambler are stated below:

Check out a detailed image gallery of the new R nineT Scrambler below, along with the official video for the motorcycle