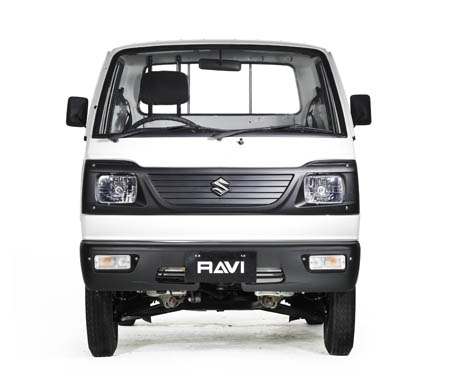 Maruti Suzuki India Ltd, India’s largest selling passenger car maker, can safely be credited with the title of the ‘king of small cars’. However, the car maker surely has a long way to go in large car segments of our fast growing car market. Also, the carmaker is conspicuous by its absence in Commercial Vehicle market of our country.

It may be noted that both Tata Motors and Mahindra have been doing good business in the Commercial Vehicles segment and MSIL can surely do with entering the fast growing light commercial vehicles market. It has now emerged that MSIL intends to launch an inexpensive load carrier in our car market.  The upcoming load carrier will battle it out against the Tata Ace and the Mahindra Maxximo in our country.

The car has been codenamed as the Y9T and will be powered by an indigenously developed 800cc twin-cylinder normally aspirated diesel engine. The upcoming LCV will be produced at MSIL’s upcoming Gujarat facility.

It may be noted that MSIL already sells a load carrier in Pakistan. This LCV is known as the Ravi and has a max payload capacity of 600kgs. The Ravi is based on the eternally dated Omni van and is powered by the same 800cc, three-cylinder 37hp petrol motor that powers the 800 and the Omni.

There are very good chances that the Y9T will be based on the Maruti Eeco’s platform and will have a similar front end styling.

It has also emerged that the Y9T’s diesel engine might also end up powering MSIL’s small cars, albeit, in a turbocharged guise. Maruti has also planned to develop a three cylinder 1.2 litre and a four cylinder 1.4 litre diesel motor.