Superleggera in Italian means ‘super-light’ and Italian automobile manufacturers have been using this moniker for a long time now. Usually, they develop limited-edition ‘Superleggera’ versions of their flagship vehicles which tend to bamboozle the automotive industry. Ducati too has utilised the same moniker. The Panigale 1299 Superleggera teleported us to the dreamland of motorcycles where they are extremely powerful, extremely lightweight and well, extreme in their approach in every aspect related to motorcycles. They recently unleashed the Superleggera V4  just when we thought that the V4 is the best superbike money can buy and now going by the word of the Bossman of Ducati itself, the Superleggera V4 is all set to go in production.

Italy has faced the worst brunt of the ongoing global pandemic and now after months of shutdown, Italians are marching back to normal life. This news is certainly good for automobile enthusiasts now that Italian manufacturers are looking forward to unleashing their widely anticipated machines. Ducati’s CEO Claudio Domenicali recently tweeted that the Ducati Superleggera V4 is nearing the start of its production, but not before the carbon fibre superbike heads to Nardò for some high-speed testing. For those who don’t know, Nardò is a giant testing facility in Italy, originally built by Fiat, and its main feature is a giant circle track that is 12.6km long (just under 8 miles). 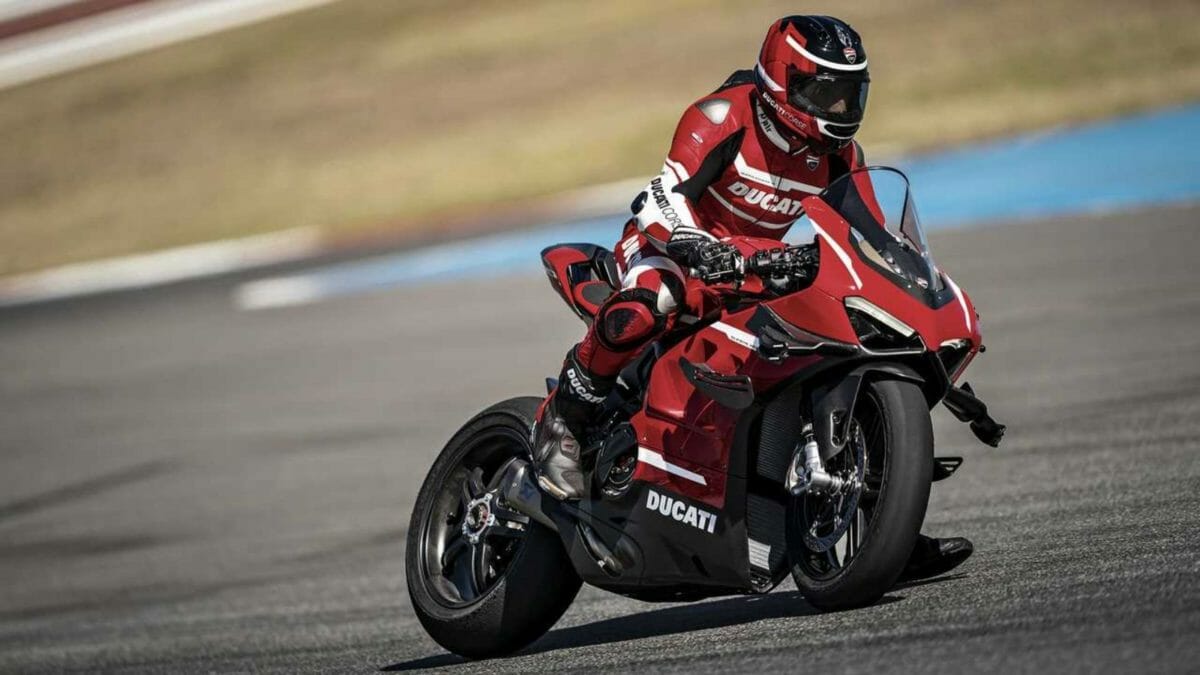 It is particularly famous for testing the mettle of high-speed supercars and superbikes. We aren’t surprised that Ducati chose the Nardò ring for the final testing of the Superleggera V4. If all goes well during the test, the Ducati Superleggera V4 is slated to hit the production lines next week, with deliveries of the exclusive superbike expected in the United States by mid-July. 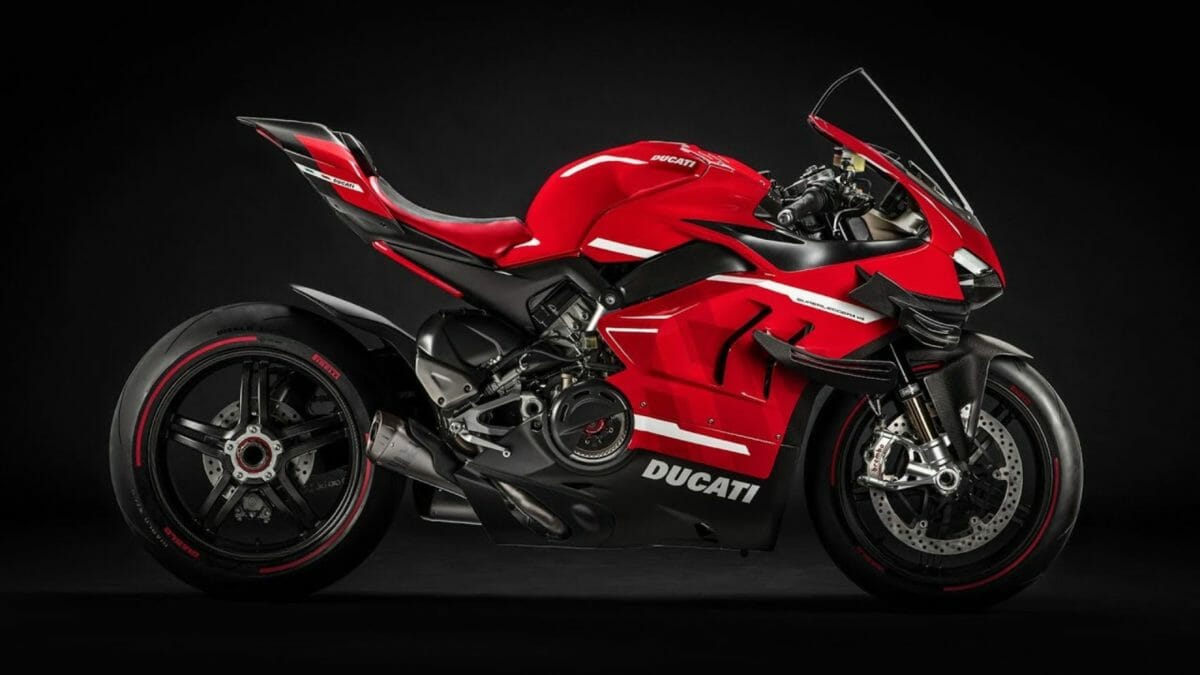 Ducati made all the jaws drop by blessing us with the Panigale V4 and later on, as expected from a manufacturer like Ducati, they unveiled the Superleggera V4. It is a limited edition motorcycle with only 500 units to be produced.  If there’s one defining trait of a Superleggera, it has to be the extensive use of high-priced, lightweight carbon fibre. And with the Superleggera V4, Ducati has gone completely manic because barring the powertrain, suspension, and bits like lighting and tyres, it is carved entirely out of carbon fibre! It uses a carbon fibre bodywork, frame, swingarm and wheels. Even the rest of the motorcycle has lightweight titanium parts. 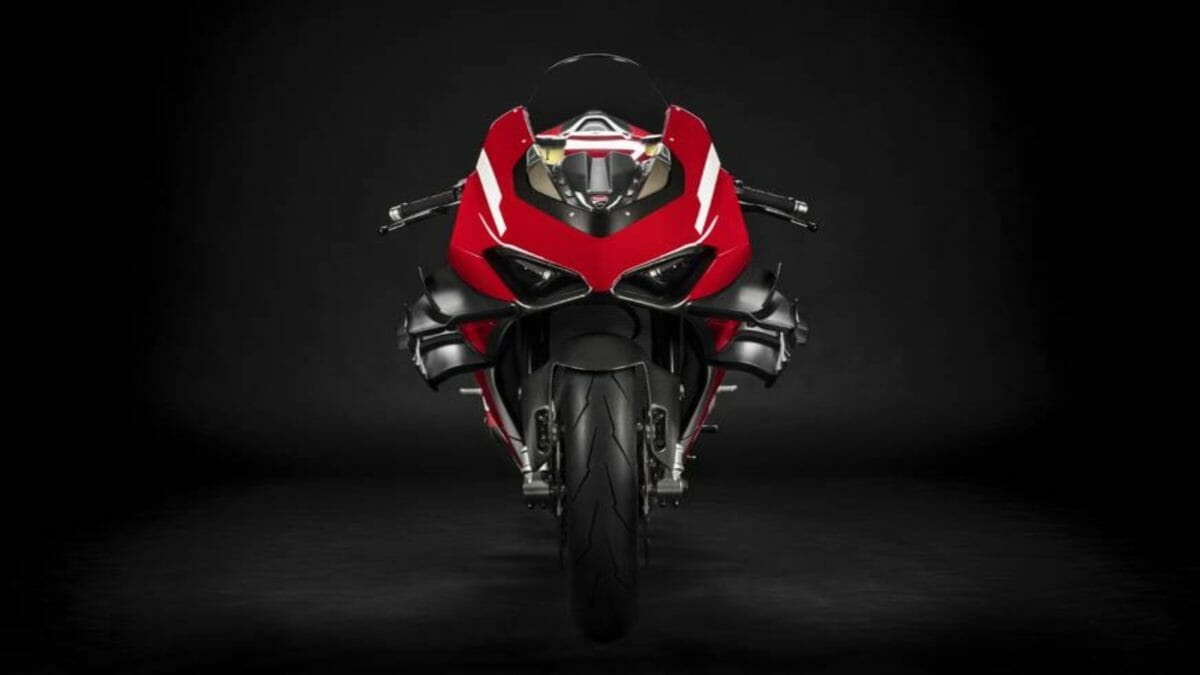 Winglets have become quite a rage now! After making their debut on MotoGP bikes, they are trickling down to their road-going versions. Superleggera V4 also draws inspiration from Ducati’s MotoGP race bike with its double winglets. The acquired downforce is much needed as is the array of electronics to keep the front-end down and the rear wheel in check. That’s because the 998cc V4 motor makes more power now. In standard trim, it makes 224PS but with the Akrapovic titanium racing exhaust kit, that shoots up to 234PS! The racing kit also drops weight from a scant 159kg to a featherlight 152.2kg. Think explosive performance in a motorcycle that weighs as much as your 200cc motorcycle!

If you want to own one, it is expected to cost 1,00,000 Euros (around Rs 78 lakh) and guess what? Apart from owning the pinnacle of motorcycle engineering, owners will be given the opportunity to ride the 2020 Desmosedici GP20 race bike on a race track!