Home Ducati Ducati Store in Gurgaon, Delhi NCR, is the largest in the entire world! 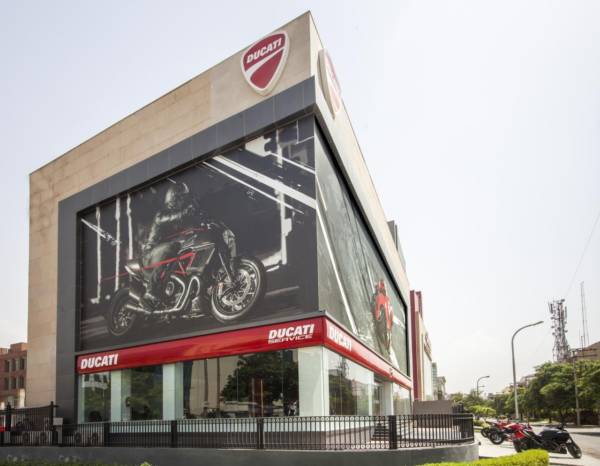 AMP Superbikes, the largest Ducati Store in the world

After its first failed attempt, Ducati has made a comeback to the Indian market with two new dealerships already functional in Delhi NCR and in Mumbai. And it seems like Ducati understands the importance of the Indian market, which is becoming increasingly important in the global premium motorcycle landscape, as the Italian marquee gifted Delhi NCR the largest Ducati dealership in the world. You read that right, IN THE ENTIRE WORLD!

Located at Plot No. B-9, Infocity, Sector 34, Gurgaon, India, which is now fully operational, is spread over 2,694 square metres (28,998 square feet) and covers five floors. That’s more than half the area covered by a football field. To put things in perspective, Harley Davidson’s facility in the Delhi NCR region is spread over 18,000 sq. ft.

Ducati will retail and service its motorcycles and sell official apparel and merchandise through this dealership. The motorcycles available for the Indian market include the Monster 821, Monster S2R and 795. Ducati India will also retail the Hypermotard and Hyperstrada, all models of the Diavel family and the 899, 1299, 1299 S and Panigale R. 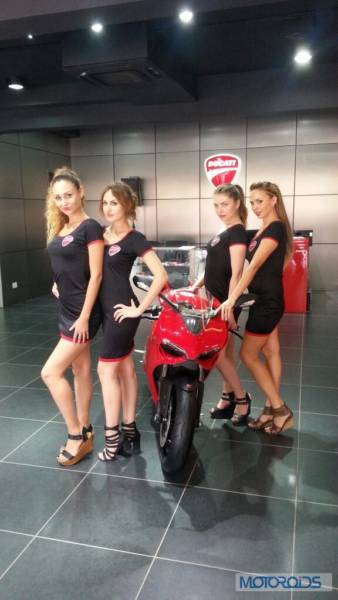 Speaking about Ducati’s official entry to India, Pierfrancesco Scalzo, Asia General Manager of Ducati said, “In 2013 we began our groundwork in India and our belief in the market has been reaffirmed. This has been possible with great partners such as AMP, Infinity and VST. I have traveled extensively across the length and breadth of India, met Ducatisti, felt their passion and know that we will be successful in this country. Ducati will provide the same high standards of service in India as we do everywhere else in the world.”

Ducati claims that since opening its first dealerships in Delhi NCR and Mumbai, it has received a tremendous response from the motorcycling community. The Ducati stores would house a wide range of motorcycles and apparel to cater to its Indian audience. We envy our colleagues in Delhi who got an opportunity to visit the dealership for Ducati’s official launch event.