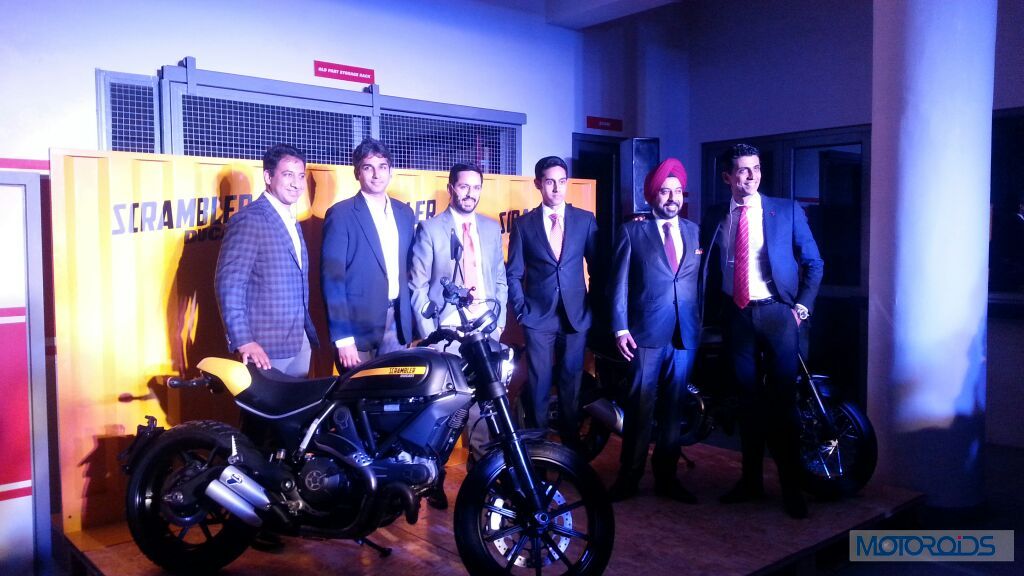 Ducati’s first foray into Indian markets didn’t go down as smoothly as the company and its fans have hoped, but the Italians are not one to take things lying down. The Bolognese company is announcing Phase 2 of its Indian operations today where they will announce how they are going to sell their motorcycles in the country. We are at the event in New Delhi and will bring you all the information as and when they’re announced. 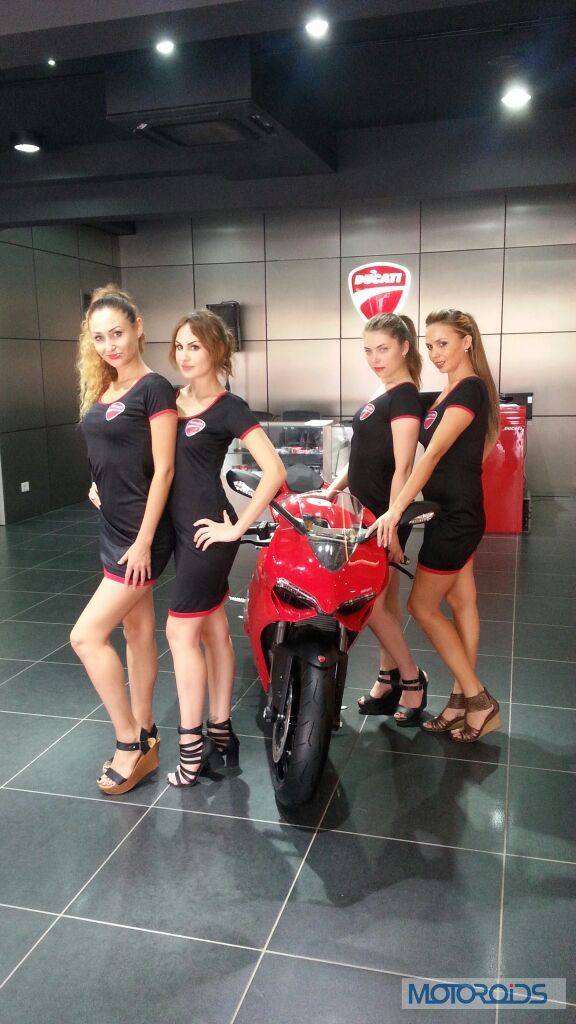 Priefancesco Scalzo, Ducati Asia’s GM, Sales and Marketing, is taking the stage now. He announces that Ducati will not be selling their products directly through company owned showrooms in the country. Instead, Ducati has tied up with AMP Superbikes for Delhi and the new showroom in Gurgaon that is also being inaugurated today. In Mumbai, Infinity Motors, already a known name in the exotic supercar business, will handle the sales and services for Ducati India as Infinity Superbikes. Ducati is also coming up with a showroom in UB City in Bengaluru later this year, although it is unclear whom they are partnering up with for that city.

Speaking on Ducati’s official entry to India, Pierfrancesco Scalzo said, “In 2013 we began our groundwork in India and our belief in the market has been reaffirmed. This has been possible with great partners such as AMP, Infinity and VST. I have travelled extensively across the length and breadth of India, met Ducatisti, felt their passion and know that we will be successful in this country. Ducati will provide the same high standards of service in India as we do everywhere else in the world.”

Scalzo is now giving the press some background information on the Ducati brand. Feel free to skip this short paragraph if you already know most of their history, and we believe you do.  Established in 1926 by three Italian brothers, Ducati was completely destroyed in the Second World War, and had to be rebuilt form scratch after the war. 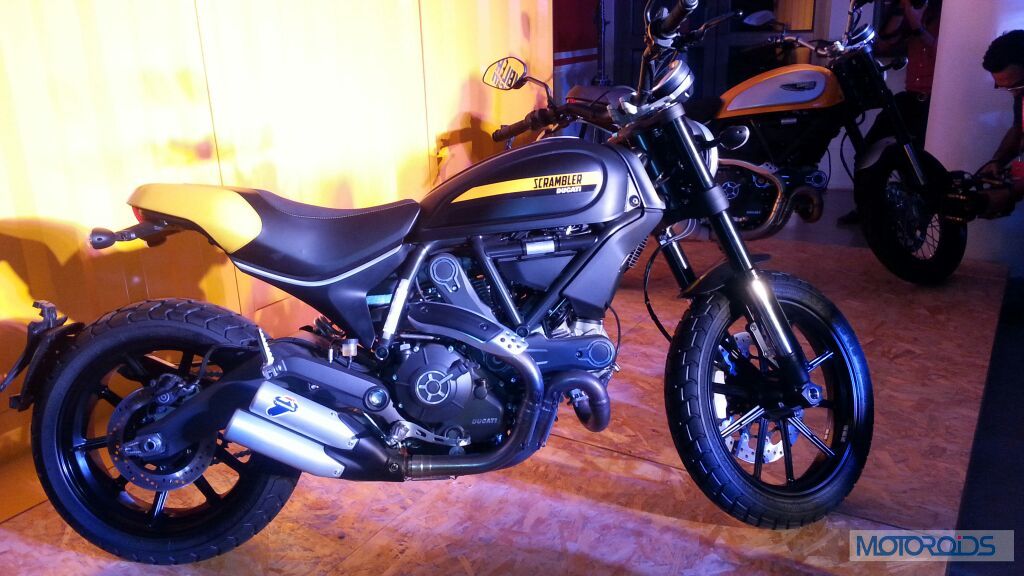 As for the products, the company that started out building a piddly 48cc 2 bhp motorcycle has come a long way now. The company grew by 2% and sold 45,117 units last year, which doesn’t seem like much at first glance but is noteworthy when you realize that the global motorcycle market as a whole has seen sales dwindling in the last few years. Ducati is unveiling two new Scramblers today, which will be available for booking immediately. Then there’s the Diavel which will be offered in four colours: Diavel Dark (black), Carbon (red), Carbon (star white) and a limited edition run Titanium of only 500 units. The Hypermotard will be available in two models: the standard Hypermotard and the mile-munching Hyperstrada later in October. Both motorcycles will be available in white and red colours. Rounding up the naked bikes range is the Ducati Monster of which most international versions will be offered on sale, including the Asia-specific 795. In superbikes and fully-faired bikes, the 899 Panigale, 1299 Panigale, Panigale S, and Panigale R are on offer in India.

Ravi Avalur, MD, Ducati India, is now taking the stage. He is introducing the two new Scrambler models, Classic, and Full Throttle. While the former is aimed at those who appreciate attention to detail and 1970s style, but who don’t want to compromise on riding pleasure and functionality, the latter is inspired by the flat track world, destined for those who want a motorcycle perfect for every-day use and with a distinctive racing style. “We introduced the Scrambler Icon in June and were overwhelmed with the positive response from our customers,” stated Avalur.

Bookings for the Ducati models are now open, with a minimum down payment of Rs 2 lakh, and deliveries to customers as per availablity. Prices for the respective models are as follows (all ex-showroom, Mumbai):