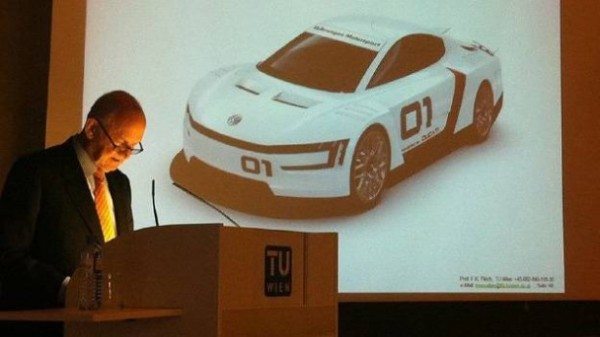 We reported in detail when the 2014 Volkswagen XL1 made its public debut at the 2013 Geneva Motor Show earlier this year. The XL1 has a claimed fuel efficiency of, hold your breath, 111kmpl. However, the sad news is that the new VW XL1 might never reach production stage.

It has now emerged that the German auto giant Volkswagen is in the process of coming up with a high performance variant of the XL1. This upcoming variant would be called as the XL Sport and would be powered by, hold your breath again, a Ducati engine! 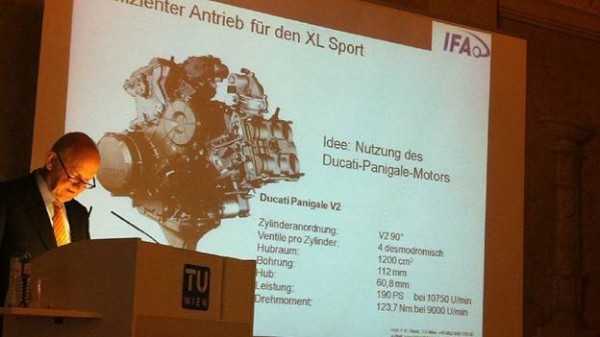 Powering the upcoming VW XL Sport would be the same 1.2 litres motor that powers the Ducati Panigale superbike. The engine has a max power of 190PS@10,750rpm and boasts of a peak torque of 23.7Nm@9,000rpm. It is  being said that the transmission will use a double-clutch. All thanks to usage of carbon-fiber, the car would weigh less than 800 kgs!

We really want the upcoming Volkswagen XL Sport to reach production stage and become the most fuel efficient sportscar ever. Stay tuned to Motoroids for more info on the VW XL Sport.