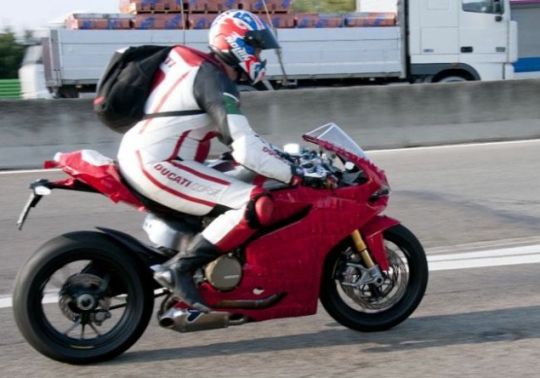 Only a few days back Ducati revealed the name of its all-new flagship superbike as the 1199 Panigale. The release about the name also came with a teaser image and a video showing Troy Bayliss testing the bike at Mugello. Now some more spy pictures of the bike being tested on the roads have emerged. The rider’ just having passed a toll plaza on what seems like an Italian highway, could not manage to get past the spy photographer without being clicked a few times. The 199 Panigale looks incredibly compact going by the crazy amount of power it packs in. In the pictures the bike looks puny under the rider. Now either this rider is an exceptionally well built man, or the 1199 Panigale‘s surprisingly low wet weight of 176kg is by virtue of those small dimensions only.

A few days back we showed you the comparison of the specific power outputs of the top SBKs in the world, where the 1199 Panigale emnerged the standout champion. It would be interesting to see the BMW S1000RR slug it out with this one on the racetrack.

Notice the exhaust letting out all the fire from under the rider’s boot. Not a great thing to have if you love your Alpinestars we say! 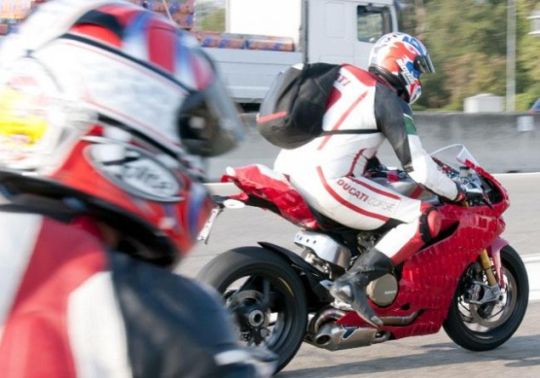 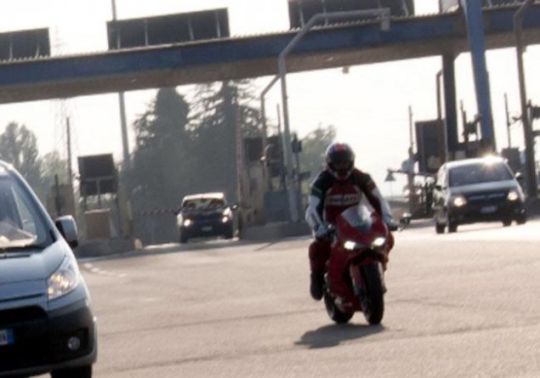 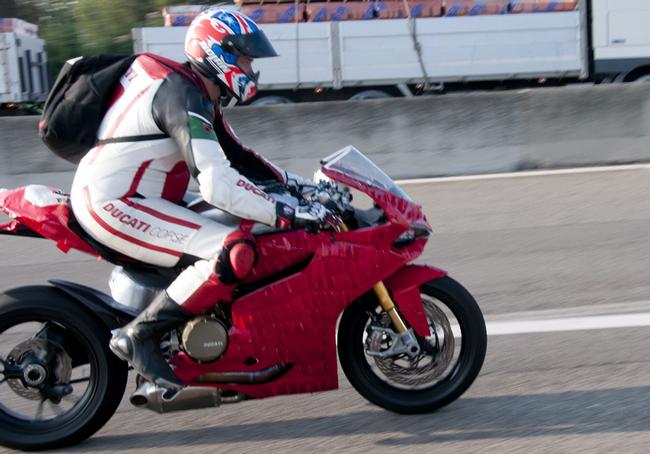