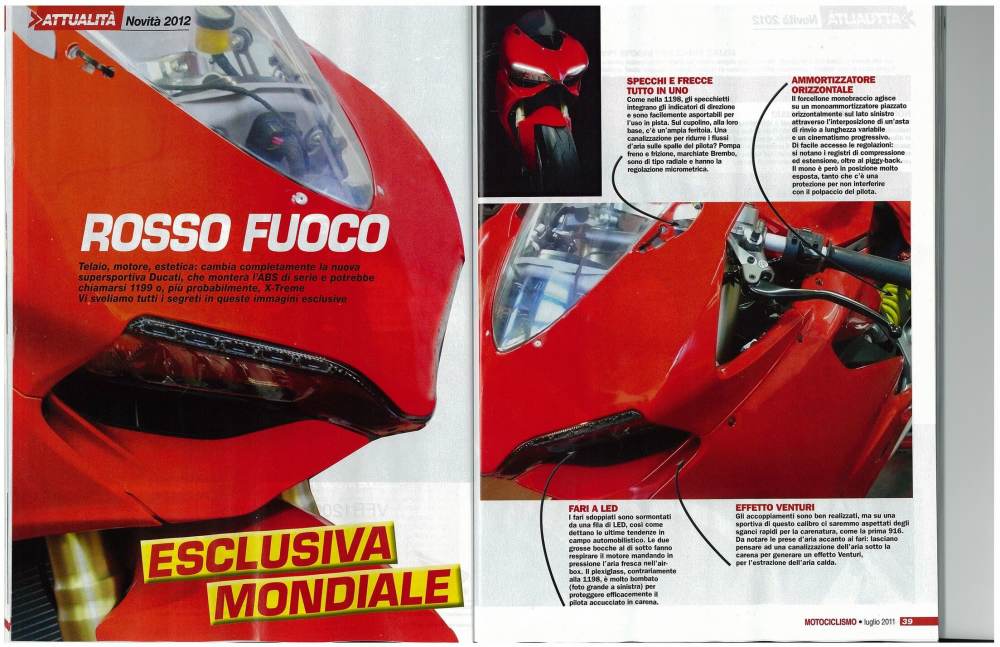 It’s been some time since we started bringing you the first feelers and spy pictures of the Ducati 1199, arguably the most exciting international bike of the year 2011. Now for the first time, clear pictures of the bike without any camouflage have appeared. Italy’s well known Motociclismo magazine has published these images in this month’s edition.

The 1199 will be a path breaking machine for the Italian marquee. For the first time in its history, Ducati will break away from some of the design elements and technologies which always have been considered the hallmarks of the company’s identity and history.

The bike will most likely employ the MotoGP derived stressed airbox frame in place of its traditional trellis frame. Company’s factory riders are reporting stupendous performance, but being from the company itself, their reviews need to be taken with a pinch of salt. Moreover, that stressed airbox frame doesn’t seem to be helping Rossi too much this season.

We have discussed the new bike in detail in our earlier posts. You can read our following posts to know all about the new technologies incorporated in the new Ducati.
Ducati 1199, the 1198 replacement is so radically not a Ducati!
More spy pictures and details: Ducati 1199