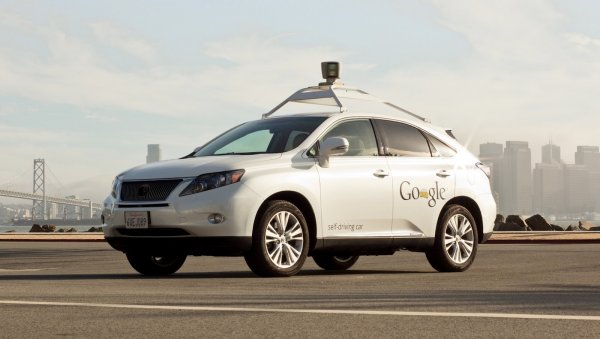 Regulars here would be aware that we have been closely following the developments related to Google’s driverless cars that have been testing in various traffic conditions. These cars have completed 300,000 miles (482,803 kms) of testing. This mileage is equivalent to 12 round the world tours. What is even better is that not even a single mishap with the driverless cars has ever been reported.The next step for the engineers is to program algorithms to help the car respond to temporary construction signals, snow covered roadways and other such conditions that affect car drivers. Now, the recent update on this technological marvel is that the members of IEEE, the world’s largest professional organization dedicated to advancing technology for humanity, have selected autonomous vehicles as the most promising form of intelligent transportation, anticipating that they will account for up to 75 percent of cars on the road by the year 2040.

“With any form of intelligent transportation, building the infrastructure to accommodate it is often the largest barrier to widespread adoption,” said Dr. Alberto Broggi, IEEE Senior Member and professor of Computer Engineering at the University of Parma in Italy. “Since we can use the existing networks of roadways, autonomous vehicles are advantageous for changing how the majority of the world will travel on a daily basis.” No stranger to autonomous vehicles, Broggi was the director of a 2010 project that enabled two driverless cars to successfully complete an 8,000-mile road trip, traveling from Parma to Shanghai.

The increased use of driverless cars will be the catalyst for transforming vehicular travel over the next 28 years, sparking dramatic changes in intersections, traffic flows, highways and even drivers’ licenses.

Driverless cars operate through use of sophisticated, communicating sensors to ensure safe and efficient travel. Through vehicle-to-vehicle and vehicle-to-infrastructure communication there may be no need for traffic lights and stop signs when all of the cars on the road are driverless. “Intersections will be equipped with sensors, cameras and radars that can monitor and control traffic flow to help eliminate driver collisions and promote a more efficient flow of traffic. The cars will be operating automatically, thereby eliminating the need for traffic lights,” added Dr. Broggi.

Highway travel would also change significantly with more autonomous vehicles on the road. Both autonomous and traditional vehicles would have their own designated lanes, which would help minimize traffic jams, increase efficiency and allow for faster speeds. “Through use of dedicated lanes on the highway, it will provide more streamlined flows of traffic, which will make the transportation with these vehicles more energy efficient,” said Dr. Azim Eskandarian, IEEE Member and Director of the Center for Intelligent Systems Research. “This new traffic flow, coupled with the increase of automated travel, will also enable cars to travel more safely while going faster and perhaps with closer gaps in between them,  while platooning (or using autonomous features), specially at free-flow traffic.”

Autonomous vehicles will also make car sharing programs more prevalent. Autonomous vehicles will arrive, take you to your destination and then be ready for the next user. “Since cars today are parked for more than 90 percent of their lifetime, shared car services will promote more continuous movement, garner more efficient operation and use less gas,” explained Dr. Broggi.

Driverless vehicle sharing programs will also enable people of all ages and abilities to utilize these vehicles, thereby eliminating the need for having a driver’s license. “People do not need a license to sit on a train or a bus,” said Dr. Eskandarian. “In a full autonomy case in which no driver intervention will be allowed, the car will be operating autonomously, so there will not be any special requirements for drivers or occupants to use the vehicle as a form of transportation, but the vehicles will obviously need many more certifications and should meet new standards.”

Despite all of the benefits, driver and passenger acceptance are the largest barriers to widespread adoption of driverless cars. “Drivers and passengers are hesitant to believe in the technology enough to completely hand over total control,” said Jeffrey Miller, IEEE Member and Associate Professor in the Computer Systems Engineering department at University of Alaska Anchorage. “Car manufacturers have already started to incorporate automated features, including parallel parking assistance, automatic braking systems and drowsy driver protection, to help people slowly ease into utilizing driverless technologies. Over the next 28 years, use of more automated technologies will spark a snowball effect of acceptance and driverless vehicles will dominate the road.”