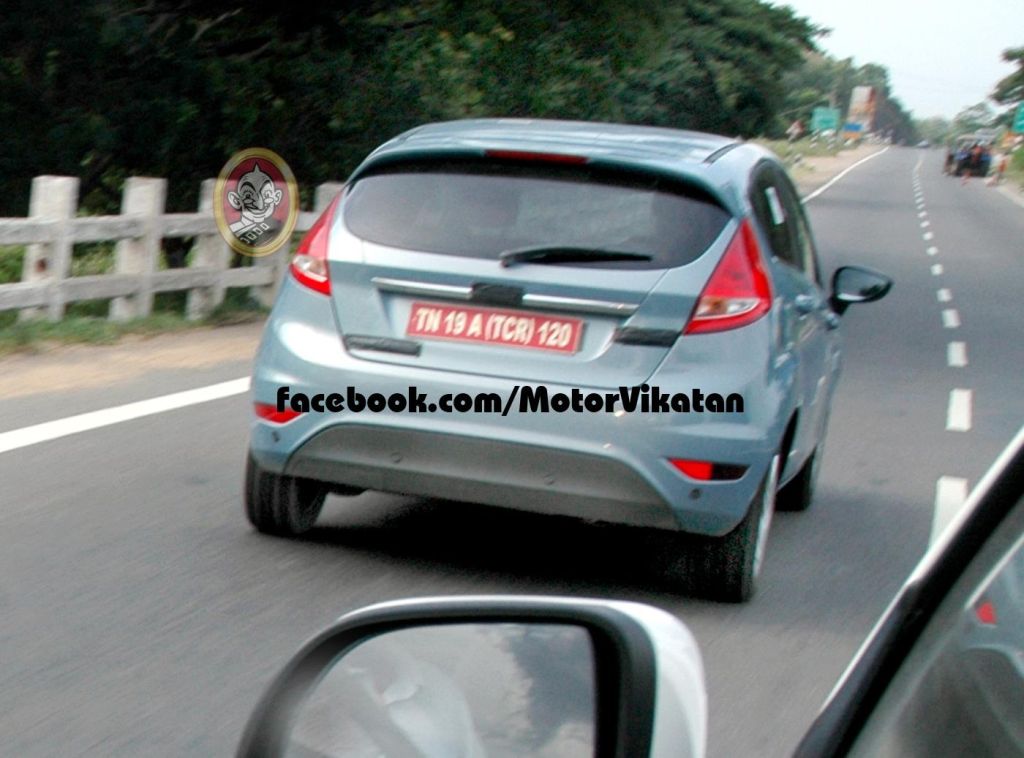 We keep hearing about Ford India testing the Fiesta hatchback in India. The hatchback was recently caught testing in and around Chennai and it is expected that the premium hatchback will be one of the eight new products that Ford India plans to launch by 2015. Only a couple of days ago, we reported in detail about the Fiesta hatchback facelift and would not it be nice to have the stunning car running on our roads?

The front end of the refreshed Fiesta gets the now familiar Ford’s new ‘Aston Martin-ish’ nose and revised headlamps that get LED DRLs. The hood also gets new crease lines to amplify the muscular character of the design.

Other than this, the refreshed car gets new 8-spoke alloy wheels and a slightly different tail-lamp cluster. On the inside, the Fiesta facelift gets piano black finish on the new centre console. The dashboard is also seen sporting some minor revisions in the form of relocated buttons and a slightly bigger glove compartment. The car also gets SYNC voice controls for audio unit

It has also emerged that the Fiesta refresh will get the much publicized 1.0-litre EcoBoost motor that produces a healthy power-torque output of 123 BHP-170 Nm. The car now features Ford’s Active City Stop system to boost the Fuel Economy figure.

Ford India will be soon launching the EcoSport compact SUV in Indian market and that further increases the chances of other Ford India cars getting the EcoBoost engine.

We have already started dreaming of hitting the tarmac in this hot-hatch. Bring it on Ford!