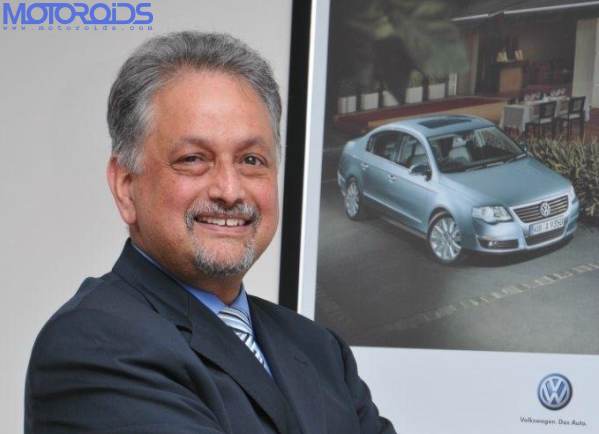 Volkswagen Group has appointed Dr John Chacko as the new Group Chief Representative India and President and Managing Director, Volkswagen India Private Limited, with effect from December 1, 2010. Dr Chacko was earlier the Technical MD at Volkswagen India. The Volkswagen Group is a huge automotive group and owns many auto brands including VW, Audi, Skoda, Bentley and Bugatti worldwide, and in India. Dr Chacko succeeds Mr Joerg Mueller, who will be taking up his new responsibility at the new VW Group Truck Division.

Dr Chacko, a B. Tech from IIT Madras, has been a part of the Volkswagen Group since 1978. Born in Delhi, Dr Chacko played a key-role in the decision making process of VW making a foray into the Indian market with a full-fledged production facility. His technical expertise played a vital role in helping the group set up its huge production facility near Pune in the Chakan Industrial Park.

Dr. Chacko has had an illustrious record with the VW Group. Before being appointed as the technical head for the India project in 2006, Dr. Chacko held various positions within the Volkswagen Group globally. Starting off as an engineer in Logistics Planning with Audi AG in 1978, Dr Chacko went on to become the head of the Department and Director of Audi’s Logistics Operations. He later shifted to Manufacturing Engineering Division of the company owing to his technical background. He then became the Director of Manufacturing Engineering, Seat SA (another VW group company) in Spain and returned to Audi AG in the year 2000.

Speaking on his new responsibility, Dr Chacko said, “I am excited as well as looking forward to the challenges in my new role. It has been an enriching experience being a part of Volkswagen’s India journey through the initial build-up phase and I am confident of successfully steering the Group towards establishing a prominent presence in the Indian automotive market with the support of every member of the Volkswagen India family.”