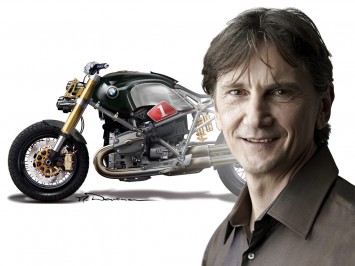 Edgar Heinrich, Vice President, product design at Bajaj Auto Ltd has won a lot of praise for designing the all new Pulsar 200NS. Now, the news is that the man recently resigned from his position at Bajaj and is now headed to BMW Motorrad to become the head of BMW group motorcycle design studio. This will be Heinrich’s second stint at the German motorcycle manufacturer. The designer’s career had commenced at BMW in 1986 and he had joined Bajaj only in 2009.Heinrich will take over the reins from David Robb on July 1. Back at BMW, Heinrich has won a lot of popularity for the design of R 1100 RS, RT, K1200, R 1150GS and R1200 GS. Other than this, he also has a hand in the designing of some of the famous Paris-Dakar bikes. During his tenure at Bajaj, Heinrich took care of brand strategy and brand definition portfolio for Bajaj vehicles.