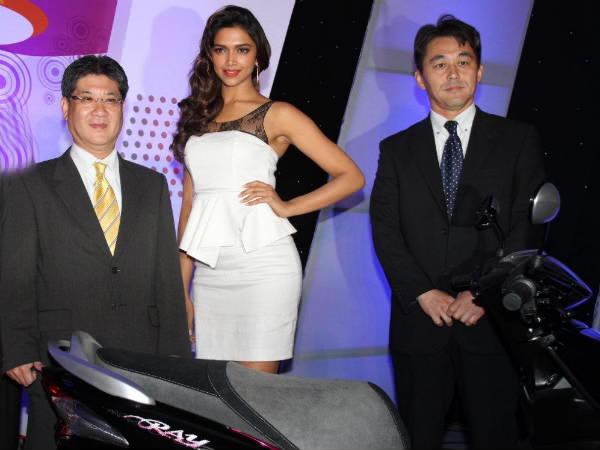 We have been closely following the procedures preceding the launch of the Yamaha Ray scooter in Indian market. As we mentioned earlier, the recent sightings of the upcoming scoot being tested on Indian roads points to the fact that Ray is very close to being launched in the Honda dominated segment. Now, the recent development on the subject is that Yamaha Motors has signed the sizzling Deepika Padukone as the brand ambassador for its Ray scooter. This alone shows the seriousness the Japanese two wheeler manufacturer has for its first launch in Indian scooter segment. The new scooter, with an over dose of pink and a diminutive frame, should appeal a lot to the fairer sex.

The upcoming scooter will come equipped with telescopic front forks and coupled with a peppy 125cc four stroke engine, it should make for a good option as a city roundabout.

The Yamaha Ray will hit the showrooms in September this year. It may be noted that TVS recently appointed Anushka Sharma as the brand ambassador for Scooty Pep series and Hero MotoCorp has Priyanka Chopra endorsing its Pleasure scooterette. Will Deepika and the Ray make for a better (read: hotter) combo? 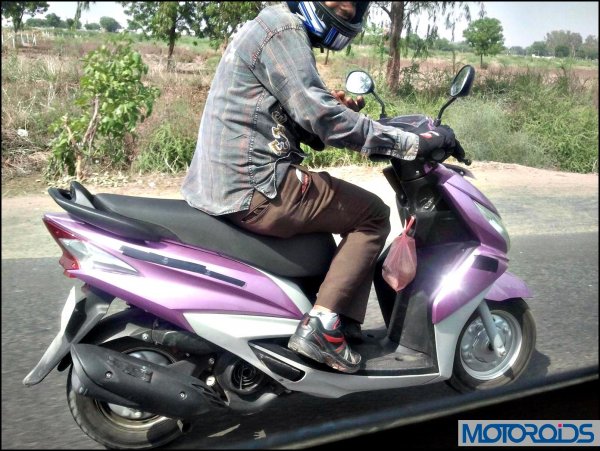