The DC Avanti is the first Indian sportscar ready to be munching miles on Indian streets. With numerous spy pics, the Avanti made sure it remained in the limelight. Now, the brochure and all technical specifications of the Avanti have been leaked. 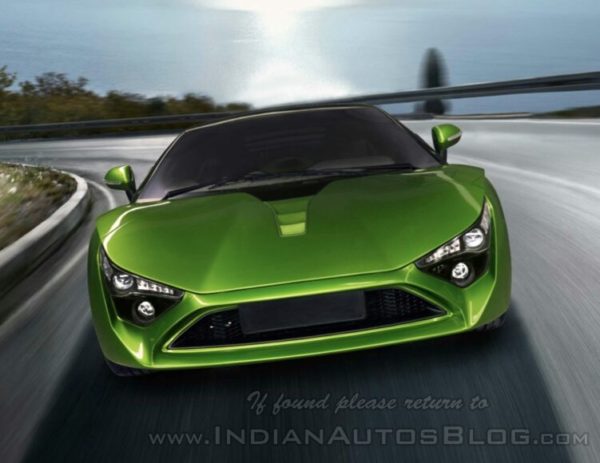 Powering the Avanti is a 2.0 liter petrol motor which cranks out 250 hp and 360 Nm of torque. The engine is Euro 5 compliant and is mated to a 6 speed manual transmission. The Avanti is a mid-engined vehicle with the power going to the rear wheels. 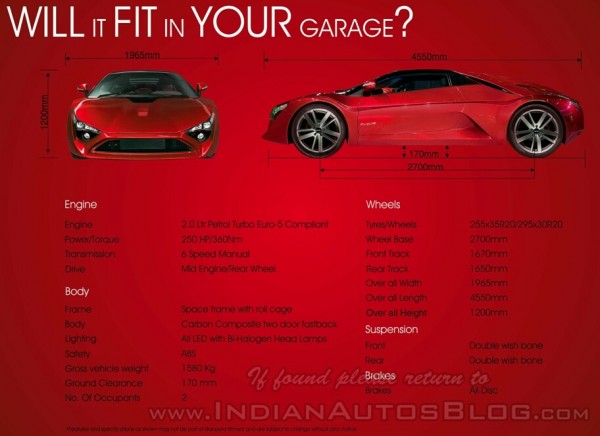 The Avanti is equipped with ABS, disc brakes for all wheels and Bi-Xenon headlights. All the lights use LED’s. A glaring omission in the car is airbags, although the car has a roll cage. Reportedly, the first batch of the DC Avanti consisting of 500 units has been sold out and deliveries for the same are expected to commence early next year. The first batch was priced at INR 34 lakh and the later batches will be sold with a price of INR 38-40 lakh.