Practically speaking, superheroes don’t need cars to travel, the reason being that some of them are extremely rich and make their own battle suits to move, while the rest of them just fly! But on a different note, what if these superheroes were cars or what cars would they drive if they had too? We know about the all time favourite Batmobile, Fantasticar, Battle Shell and many others, but what if these super humans were given real cars from the real world? Well, to answer these questions, the folks at Carwow have put their photoshop experts to the task and the results are astounding. Read on to find out which of your favourite character gets which car.

The list goes in no particular order of crazy and liking.

It’s a bird…it’s a plane…It’s Superman in a Bugatti Chiron! 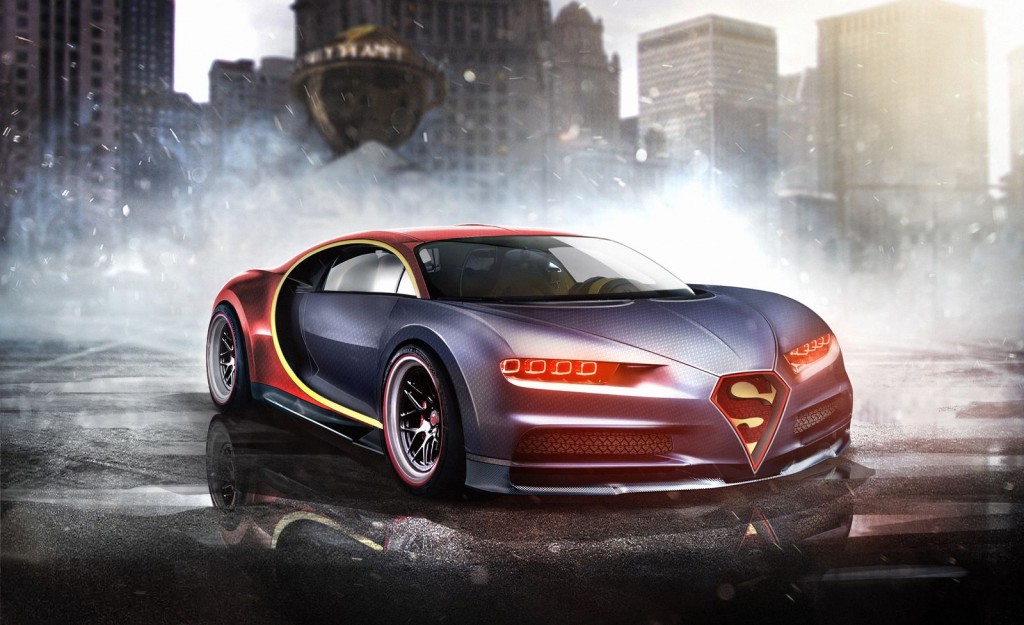 The Man of steel gets the latest and one of the fastest set of four wheels of the world; he had to, without a doubt! The Chiron is definitely superman on wheels with all that power, speed and muscle. Draped in the superhero’s skinsuit-like wrap in the blue and red combination, its features a chainmail-like texture all over. The best Superman bits on the Chiron is the majestic ‘S’ symbol that has been placed on the reshaped diamond front grille, replacing the traditional horse shoe shaped grille. Also, the hallmark C-shaped side lines are outlined in yellow and the corresponding roofline is decorated in red to represent the superhero’s cape. Lastly the highlighted headlight units also provide character to Clark Kent’s Bugatti as if it were to destroy everything in its way with heat vision! 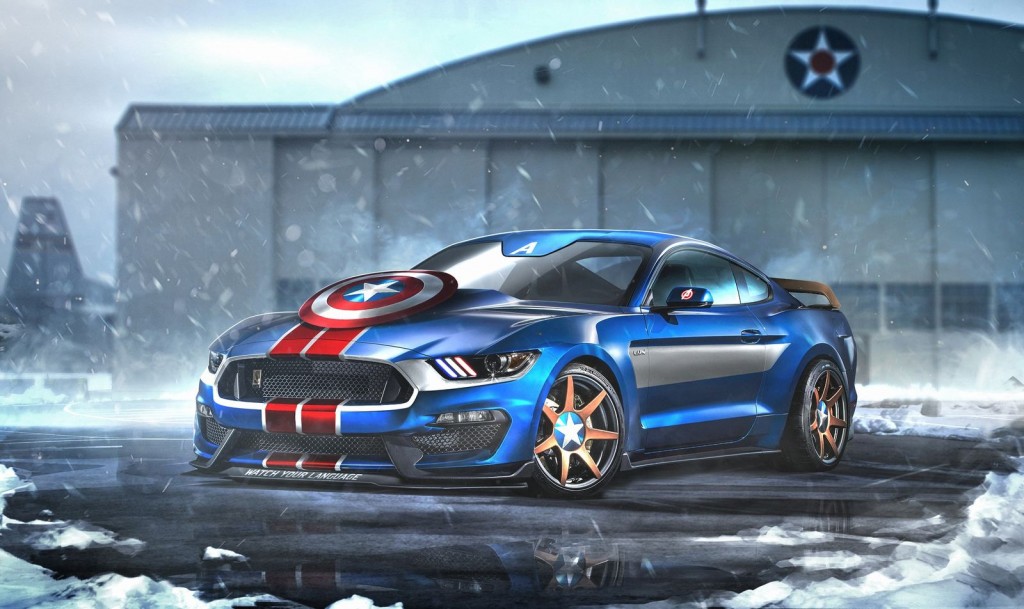 At the beginning, lanky Steve Rogers was pumped up with enough muscle to become the first avenger of the superhero clan. Taking the cue forward the digital artist at Carwow has added more muscle to the first Avenger by denoting him with a iconic Ford Mustang Gt350R. Wrapped in the blue and red livery the Mustang gets a lot of details that shouts out to tell it’s the Captain’s car. Red racing stripes, the letter ‘A’ at the roof, white ‘American’ stars on each copper coloured alloy and most importantly the shield on the hood, this car in all terms suits the superhero. The Mustang also conveys the ‘Watch your language’ message just like the Captain.

BMW M2, because I am Batman! 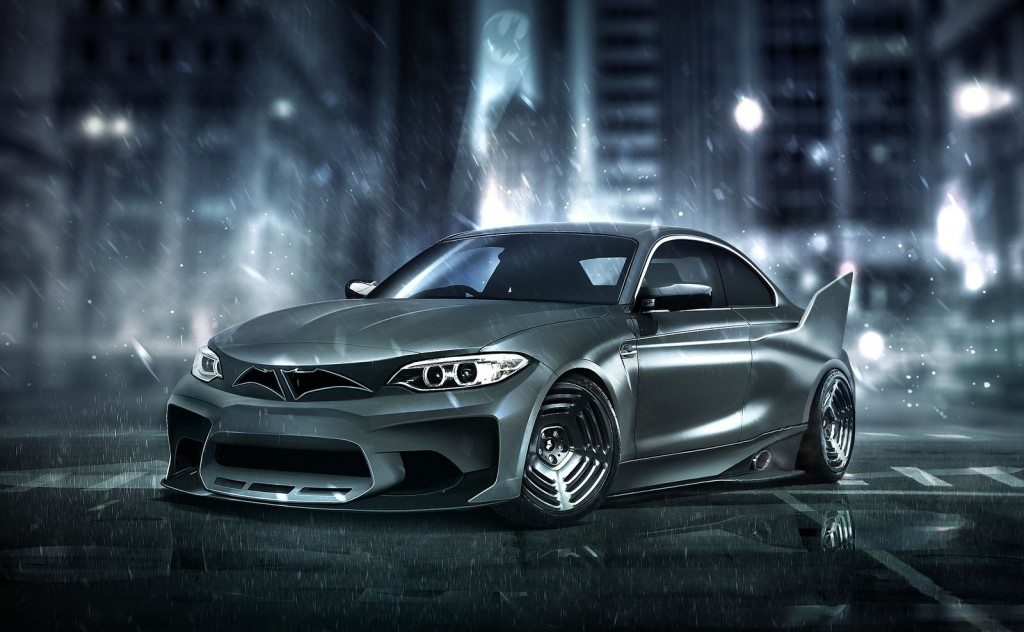 Well, Bruce Wayne is rich and he has a fleet cars also in his superhero guise, he drives one of the most technologically advanced and exotic cars. Dubbed as the Batmobile, the super car has received many upgrades and design changes since its inception. From a drop top power machine to a crazy battle tank on wheels, Bruce’s fighting motor has been all. Now keeping the official Batman mover aside, the caped crusader has been presented with a BMW M2 for its service; a reworked M2 to suit the Bat character.

The M2 is stripped off its trademark grille design and has been replaced with the Bat logo that has been slashed in between to imitate the kidney grille. The M2 is brought closer to the ground with an addition of bodywork like bumper lip and side skirts. Also standing in a metallic shade of grey the M2 features two ear-shaped fins over the rear wheel arches. The rendered BMW M2 for Batman drives on pentagon design alloys. 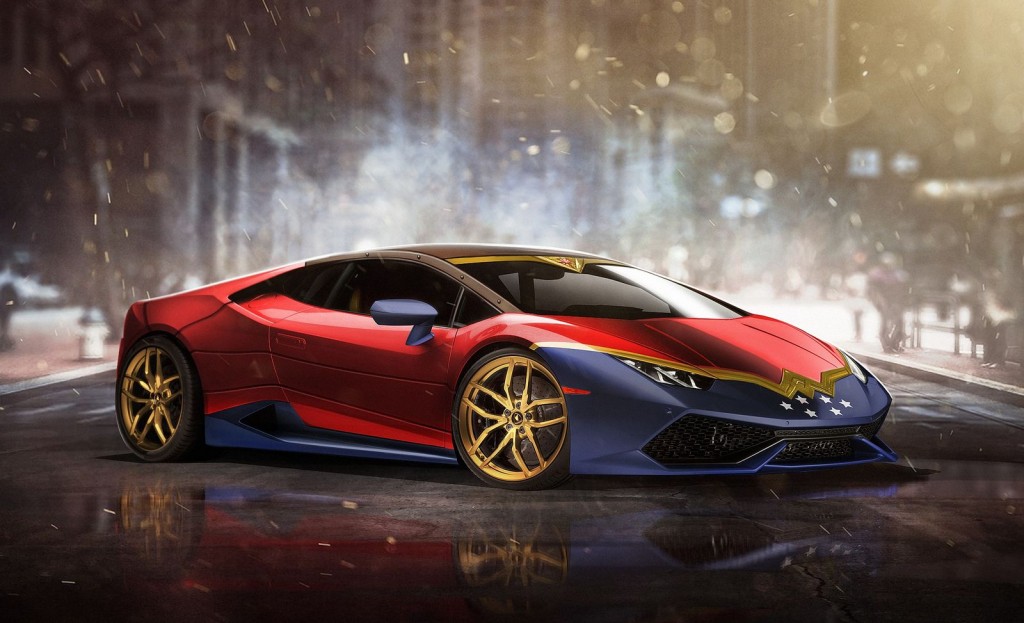 Now it’s of the superlady of the list, the Wonder Woman. The Princess of Amazons gets the Lamborghini Huracan. With not much of a design change or addition, the sports car gets a red paint job on the body and the front bumper and side skirts are pasted in a dark shade of blue. It gets a golden crown on top of the windshield and the Wonder Woman insignia stretches across the front deviding the hood and the bumper. Shiny alloys and six white stars in the front complete the look. 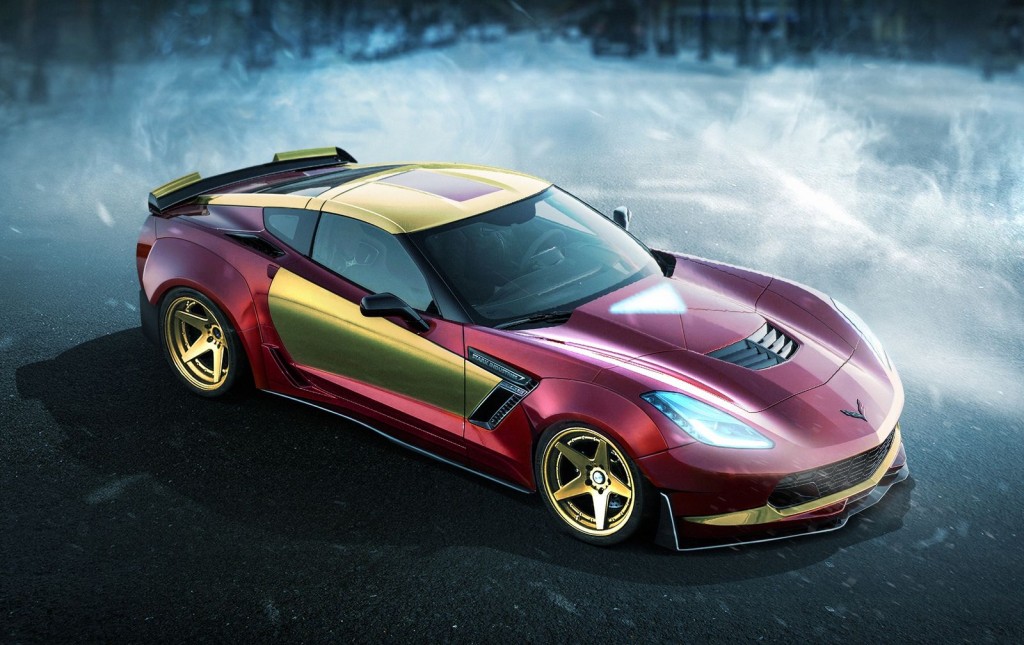 Tony Stark has is seen driving Audis whenever he has appeared in movies made by Marvel Cinematic Universe. In his Iron Man avatar, we see him whizzing through clear skies in his red and gold exoskeleton. While the colour scheme has been retained, the Man of Iron has got it all on a Chevrolet Corvette Z06. The body shell of the Corvette seems to be put together with various pieces of shiny red metal. The dual tone livery is completed with substantial touches of golden on the roof, side and wheels. Just above the hood scoop is the heart of the man, the arc-reactor, also seems to be the power core of this Chevy. The list of Iron Man’s armours just got a new addition.