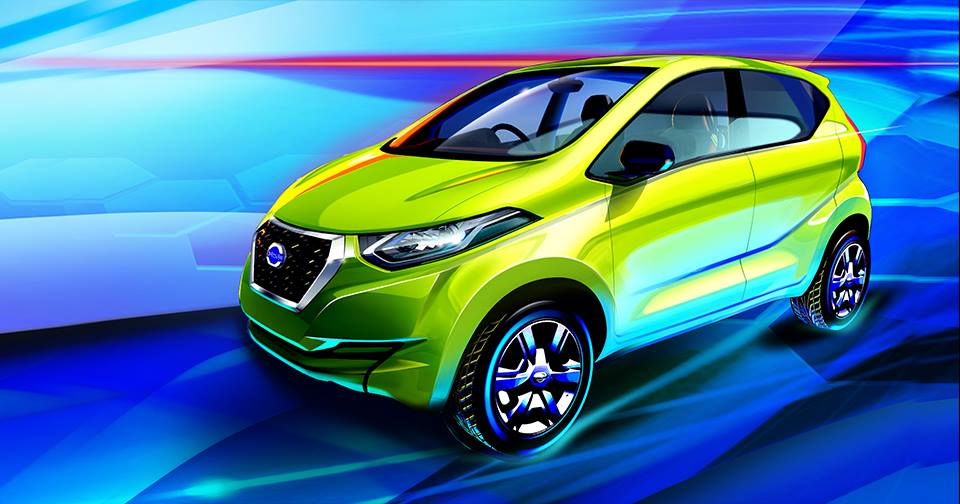 After a couple of teasers, first official sketches of the upcoming redi-GO budget hatchback have been released by Datsun India. The global world premiere of the Datsun redi-GO is scheduled on 14th April, 2016. The sketches promise that the production version will be a honest rendition of the redi-GO concept that was showcased at the 2014 Auto Expo.

Up front, the trademark, trapezoidal Datsun grille from the GO and GO+ stays on with a few tweaks, but everything around it is all-new. The slim, up-swept headlamps with chrome detailing inside look the part, while the flared fenders add some muscle to the sides. At the back, there are a couple of high mounted tail lamps, a sculpted tail gate and a prominent rear spoiler. 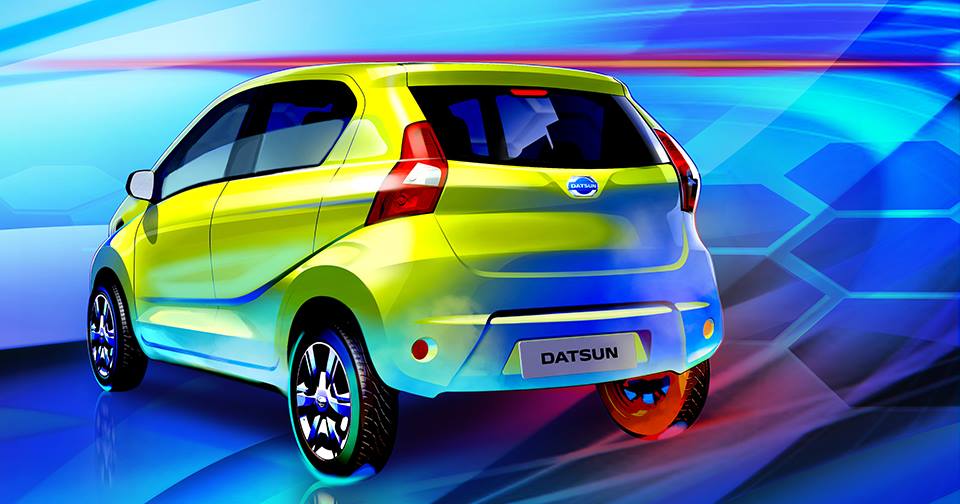 Like the Mahindra KUV100 and the Renault Kwid, the red-GO’s high riding stance has been purposely dialled in for a “SUV-like” appearance. The redi-Go (codename – I2) will be Datsun’s third offering in India after the Go and the Go+. It’s the second prong of Renault–Nissan Alliance’s two pronged strategy to take on the likes of the Maruti Suzuki Alto 800 and the Hyundai Eon 800 in India; the first being the fairly successful Renault Kwid.

The Datsun redi-Go is based on the same CMF-A (Common Module Family-Affordable) platform that the Kwid is based on, but the similarities end there. The redi-Go gets all-new, Datsun specific styling, fresh interiors, and an all-new petrol engine that could be mated to an AMT. 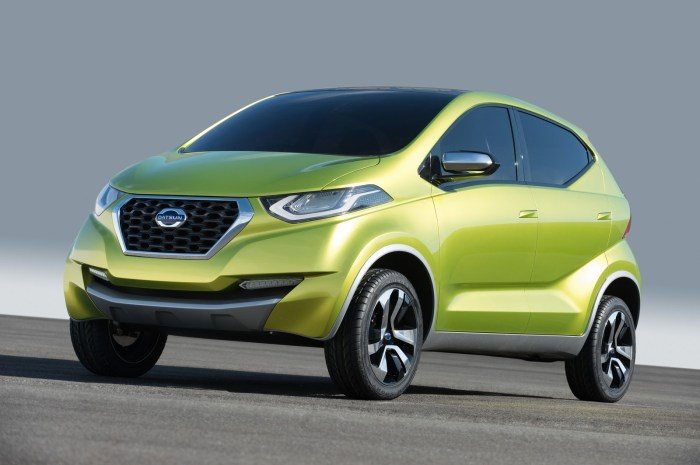 The redi-Go will also be heavily localized, with levels of localization expected to be in the region of 97-98% – pretty much like the Kwid. While the Renault Kwid retails for INR 2,56,968, the Datsun is expected to retail at similar prices, if not slightly more.