The third stage of the 2019 Dakar Rally turned out to be a surprise for most teams. Expected to have 75% of sandy surfaces, it turned out to be a mixture of dunes, rocks, mountains, fesh-fesh and morning fog. Stage 3 took riders through a challenging 799 km ride, including a 331 km special, from San Juan de Marcona to Arequipa. This surprise caused many teams and contenders to lose their ranking. For Hero Motosport, the stage brought in mixed results.

While C S Santosh and Joaquim Rodrigues faced quite some setbacks, they finished successfully at the 64th and 46th position respectively. Oriol Mena, on the other hand, displayed his skills and fought his way to the 8th position. Despite the setback, Hero is happy to report all the riders finished safely and are now preparing themselves for the marathon stage of the rally. During the marathon stage, no assistance is allowed overnight and the competitors will be left to their own devices and facilities to manage their bikes and themselves. Here is what the riders had to say after an exhausting stage 3. 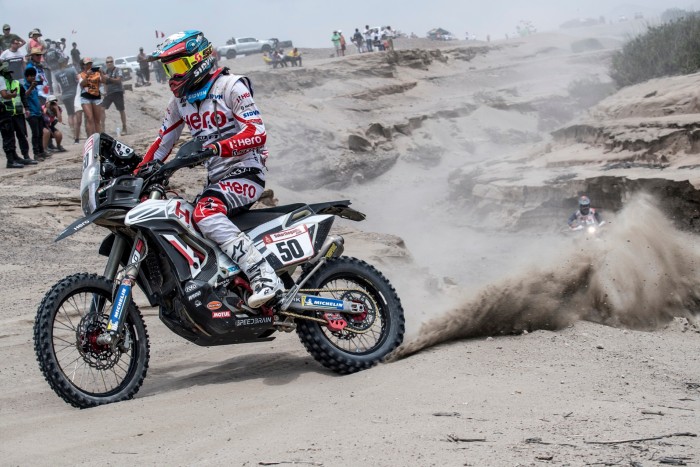 C.S Santosh (Comp No: 50): ”It was an extremely difficult stage, throwing a fair share of challenges. I had the wrong lens on for today’s stage and it set me up for the struggle for most of the first part. So, I decided to ride without my goggles, which was really difficult to do. Had a few crashes, lost my way around a waypoint, so in all a very tough day. I am glad to have seen the back of it and still be in the race. ” 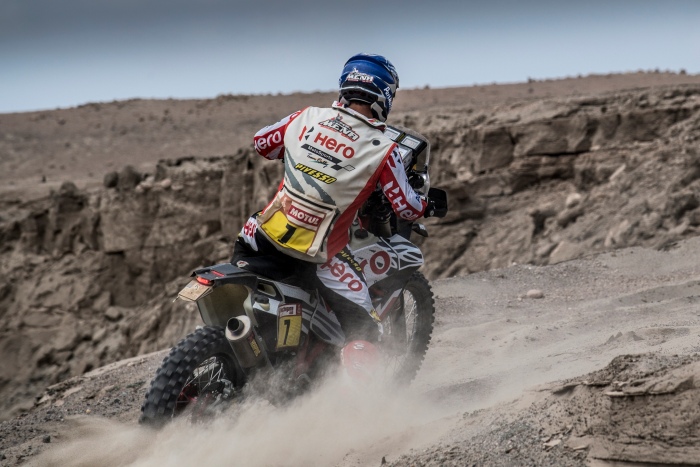 Oriol Mena (Comp No: 7): “Today was a really tough stage, the kind that we know Dakar for. Conditions were difficult with a lot of fog in the mountains, many stones and fesh-fesh. The navigation also was quite tricky. So, I decided to ride with caution today, trying to avoid any mistakes and managed to catch all the waypoints. I am happy with the result today and the way my bike is performing. Now we prepare for the Marathon stage!” 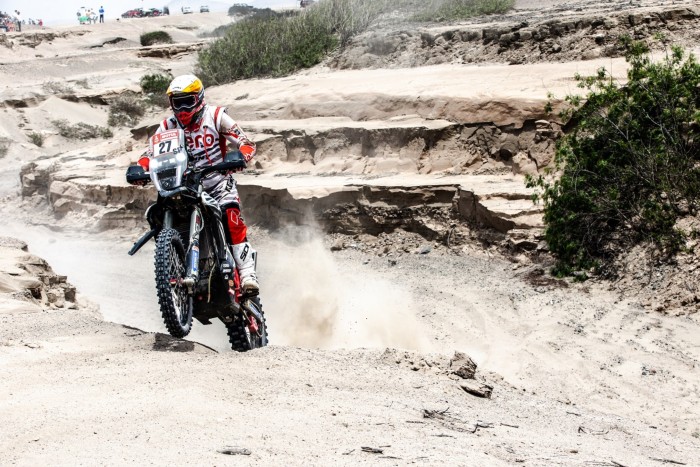 Joaquim Rodrigues (Comp No: 27): “I spent most of the stage today at the back of the pack in the dust. I developed a decent rhythm soon and passed a lot of guys but then I got lost and had to find my way back. I recovered from that to again end-up spending almost an hour in finding a tricky waypoint. Many guys lost time around that waypoint too. I think it was a hard day but the important thing is that I made it back to the end with my bike. Tomorrow will be a new start of a new day.”