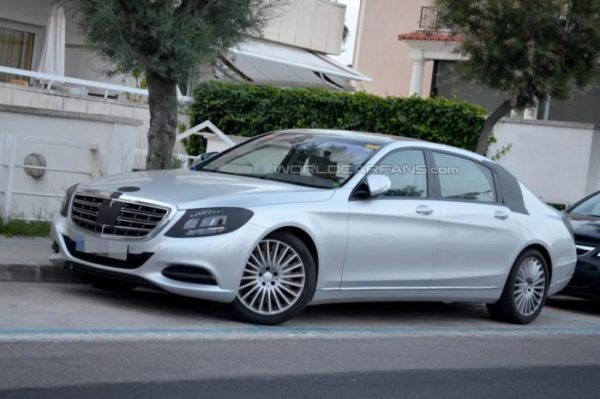 We reported in detail when Daimler decided to axe the production of Maybach ultra luxury sedan last year. As is a well known fact, the Maybach, which couldn’t hold a candle against the Rolls Royce Ghost, will be succeeded by the upcoming Mercedes S Class Pullman/S Class Extra-long Wheelbase.

The Mercedes S Class Pullman (Codename X222) will be considerably more feature laden and quite obviously, the longer wheelbase would translate into more rear legroom. This is clearly evident from the numerous spy pics we have seen so far, all of which show the upcoming car’s longer rear door and the larger quarter window.

The Mercedes S Class Pullman is expected to make its public debut at the 2014 Auto Beijing, which would happen in April next year.