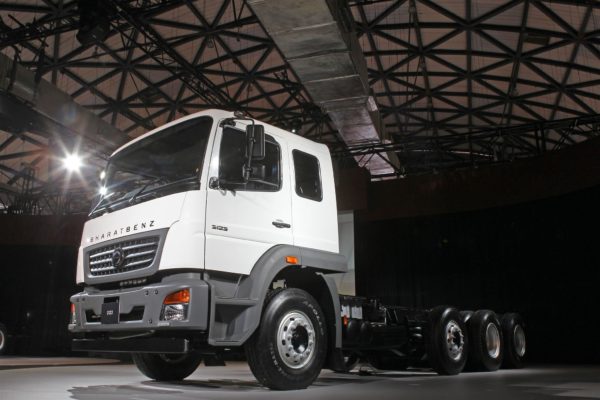 Daimler India Commercial Vehicles Pvt. Ltd. (DICV), a 100% wholly owned subsidiary of Daimler AG, today announced its participation at the 5-day (April 13 – 17, 2015) Hannover Messe (Hannover Fair) to be held at Hannover in Germany which is the world’s leading Trade Fair for Industrial Technology.

This year, India will be the ‘Partner Country’ at the Hannover Messe, which attracts nearly two lakh global leaders in business, technology, industrial scientists and policy makers.  About 300 Indian companies including public sector giants would be participating in the 5-day fair, seeking technology collaborations, business tie‐ups and showcasing India’s capabilities in global trade. Earlier, India had been the ‘Partner Country’ at the Hannover Messe in 2006.

At the fair, DICV will be part of the India Pavilion at Hall 6 displaying its range of ‘Make in India’ products that include the HDT (heavy duty truck) Cabin, HDT & OM 906 engines, along with the G 85 Transmission.

Confirming DICV’s participation at Hannover Messe 2015, Mr. Erich Nesselhauf, Managing Director and CEO, Daimler India Commercial Vehicles said, “We are in line with the Make in India campaign, our state of the art manufacturing plant in Oragadam manufactures world class products for both Indian and global markets. Our BharatBenz trucks are synonymous with quality, reliability and efficiency, and this is established with the remarkable rise in our sales by 59% over the previous year. The start of the bus production later this year marks the next chapter of our success story. We are excited to present our accomplishments in India at the Hannover Messe”.

Daimler is investing another 50 million Euros in the bus plant in Oragadam, which will start operation on the premises of the existing plant at the end of May. The plant is set up for an initial capacity of 1,500 units per year with a possible expansion to 4,000 buses. This is where rear-engine buses for the premium segment will be rolling off the assembly line under the Mercedes-Benz brand. The product portfolio will also include front-engine BharatBenz buses tailored to the requirements of the Indian high-volume bus market.