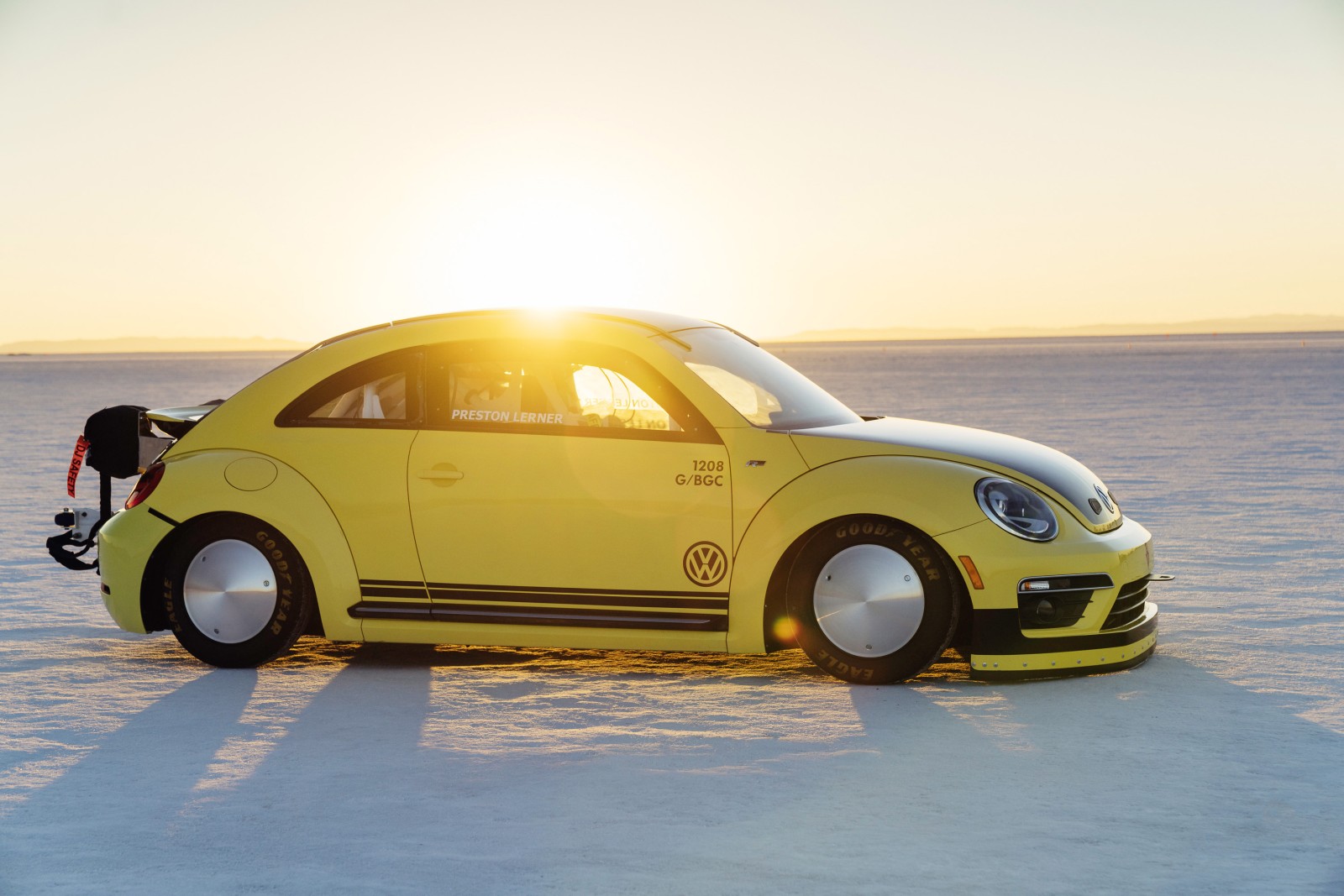 When you hear of the Beetle, the first thing that comes to your mind is that cute, sunshine yellow car that you would probably gift to your sister or wife. But this specific example would scare the bejesus out of you.

A specially-tuned Volkswagen Beetle has set a new speed record at the World of Speed event that has long been a tradition at Lake Bonneville in Utah (USA). The Beetle LSR (Land Speed Record) with a turbocharged 2.0-litre direct-injection engine (TSI) drove the fastest speed ever documented for a Beetle, reaching 328.195 km/h (205.122 mph) over a distance of one mile. The performance was officially recorded at the driving record event sponsored by the Utah Salt Flats Racing Association (USFRA). 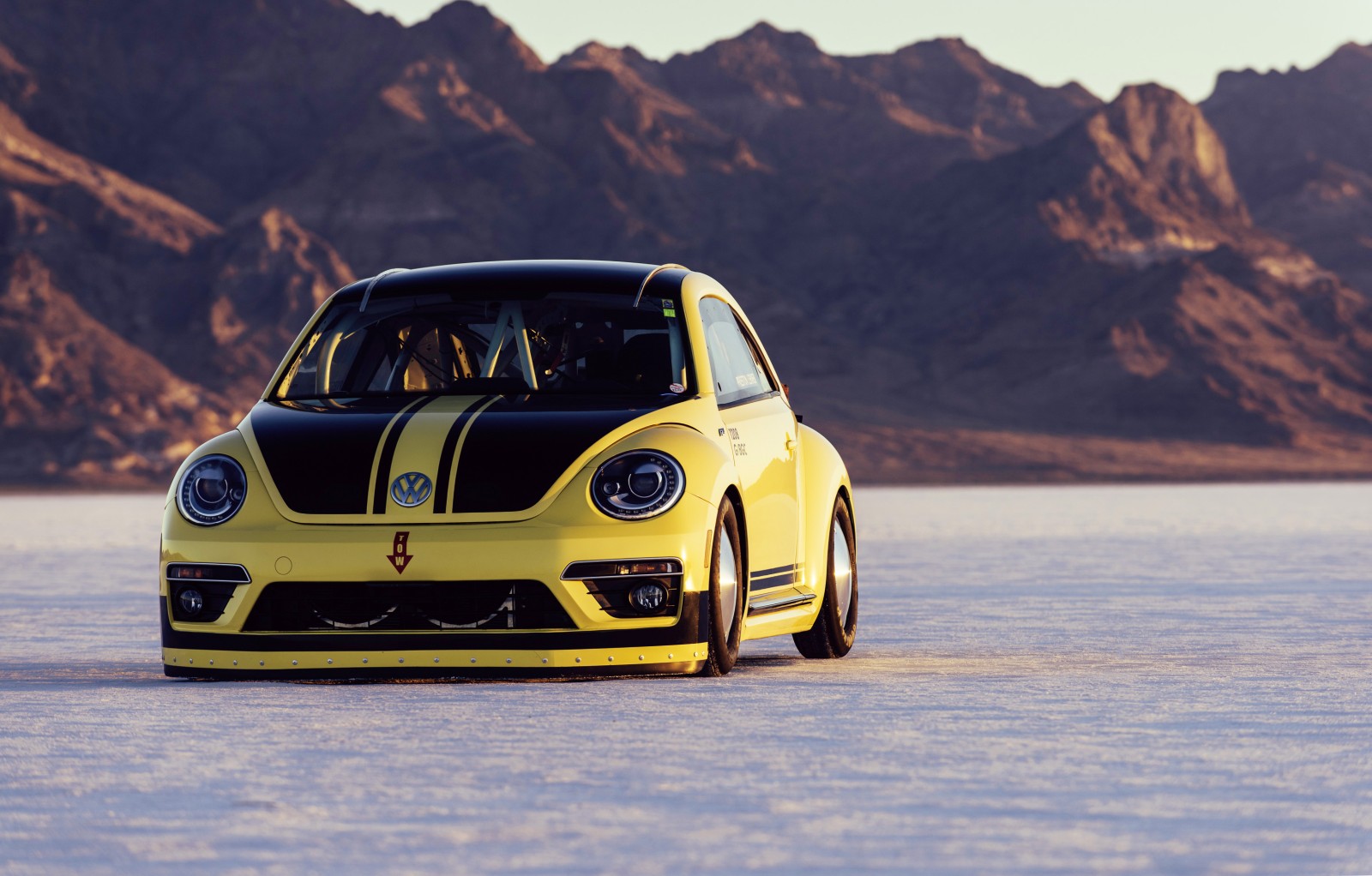 The feat was achieved the top speeds of over 300 km,/h many aspects of the Beetle LSR were reworked. The car was modified to conform to regulations for record drives on salt flats. The output of the 2.0-litre TSI was boosted to a peak power of 550 PS by changes that included a new turbocharger, different pistons, camshafts, connecting rods and cylinder head modifications. The record-setting vehicle also delivers an impressive torque peak of 571 Nm.

The Beetle LSR was also equipped with special wheels and tyres for driving on salt, and the body was lowered significantly. A limited-slip differential was also used to improve traction, while a safety package provided for the necessary protection. The safety package consisted of a rollover protection cage, a race seat with five-point harness and a fire extinguishing system. In addition, the record-setting car had two brake parachutes that were used to slow down the Beetle. 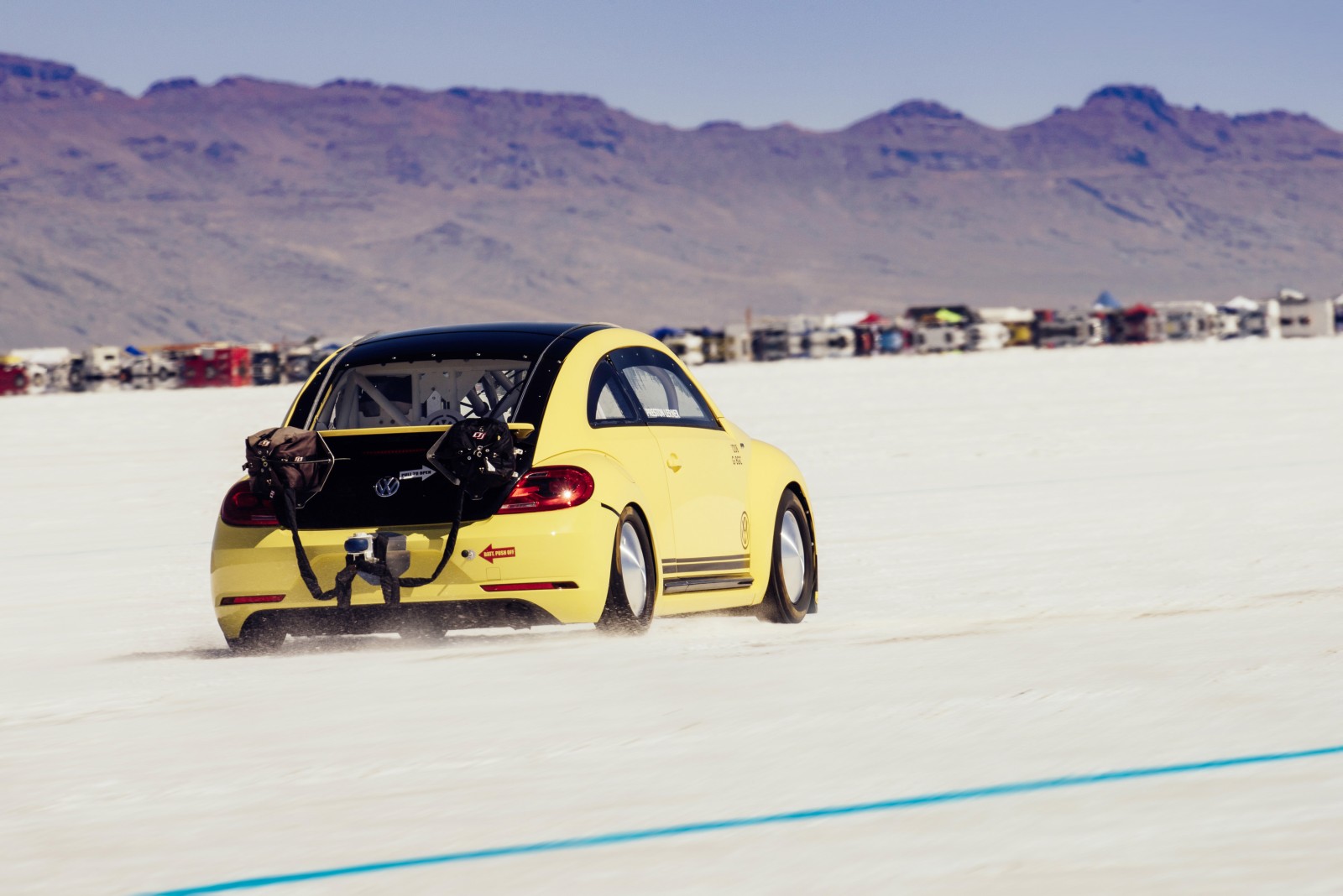 Check out this Beetle LSR through the detailed images below. Do let us know your views through the comments section.