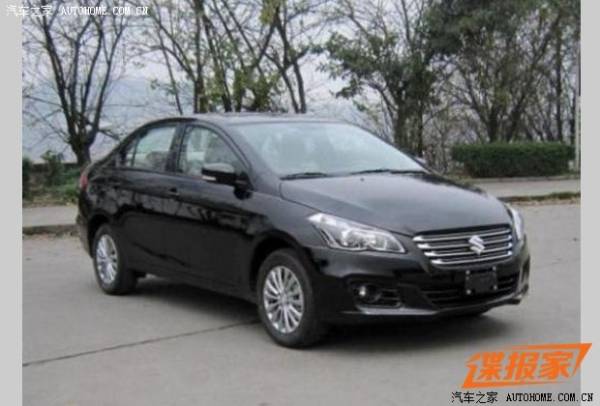 Clear pictures of the Suzuki Alivio, to be called Maruti Ciaz in India, have been revealed. The car will be launched by the end of the year in China, the India launch however, could happen very soon. By the looks of it, the production version is very close to the concept displayed at the Auto Expo, which includes the horizontal chrome grille and flared, double barrel headlamps. The length of the car appears longer than its competitors, however comes across as a visually tighter package compared to the Nissan Sunny. 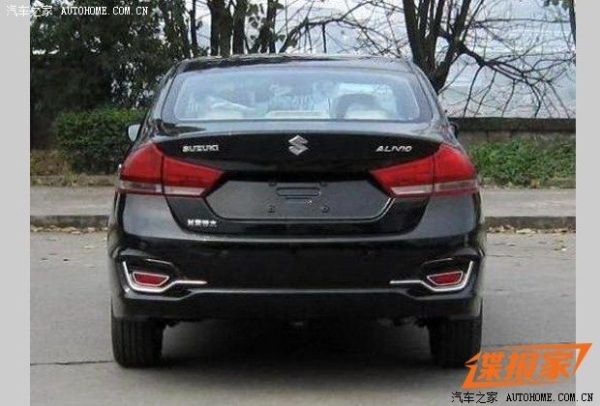 The rear section sports tail lamps very similar to the new Honda City, while the rear bumper sports what appears to be not so tasty rear fog lamps or perhaps reflectors, while the exhaust makes an appearance at the bottom right below the bumper. We’d be happy to see the Indian Ciaz come with twin exhausts, as could be seen in earlier spy pictures, giving it an edge visually. Expect Maruti to share some parts like the Steering, Control Stalks, window and locking controls or some of these from its other models. The Ciaz is about to be launched in India by the festive season with both petrol and diesel versions on offer, the petrol might be the 1.4 litre mill from the Ertiga, while the oil burner could be the Fiat Multijet in its 1.3 avatar doing duty in the same vehicle. And no, the name ‘Ciaz’ has nothing to do with Cameron dIAZ.