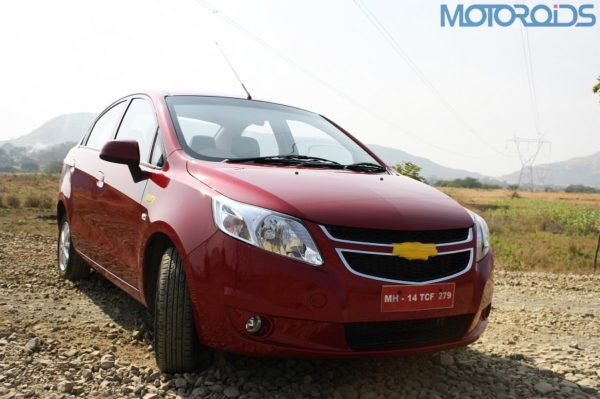 We reported in detail when it emerged that General Motors India has temporarily suspended the sales of diesel variants of both the Sail sedan and the Sail hatchback. This is owing to a potential fault with the 1.3-litre diesel engine that powers both of these cars. We won’t be too surprised if this fault results into a voluntary recall of all diesel models of the Sail saloon and Sail hatchback that have been sold so far. As per the Voluntary Recall Policy that was adopted by the auto industry of our country in July last year, auto manufacturers have to inform the Society of Indian Automobile Manufacturers (SIAM), Govt. of India and its customers about any potential fault in its car that warrants a recall.

Interestingly, the sales and production of diesel variants of Enjoy MPV, which are powered by the same 1.3 litre Multijet engine, have remain unaffected.

It isn’t yet for sure if GM India will soon launch a recall drive but P Balendran, vice president, GM India, previously said that the manufacturer will soon complete the investigation and act accordingly. He was quoted as saying, “We will come back to you with an update after thorough investigation in the coming days.”

Now, it is being said that the Sail hatchback and sedan will be resumed later this month. P. Balendran recently told ET – “We will start production of Sail HB (hatchback) & NB (notchback) diesels by end of July and Tavera by end of August.”

We are still to learn of the “improvements” made to the diesel variants of the Sail duo. Stay tuned to Motoroids for more.