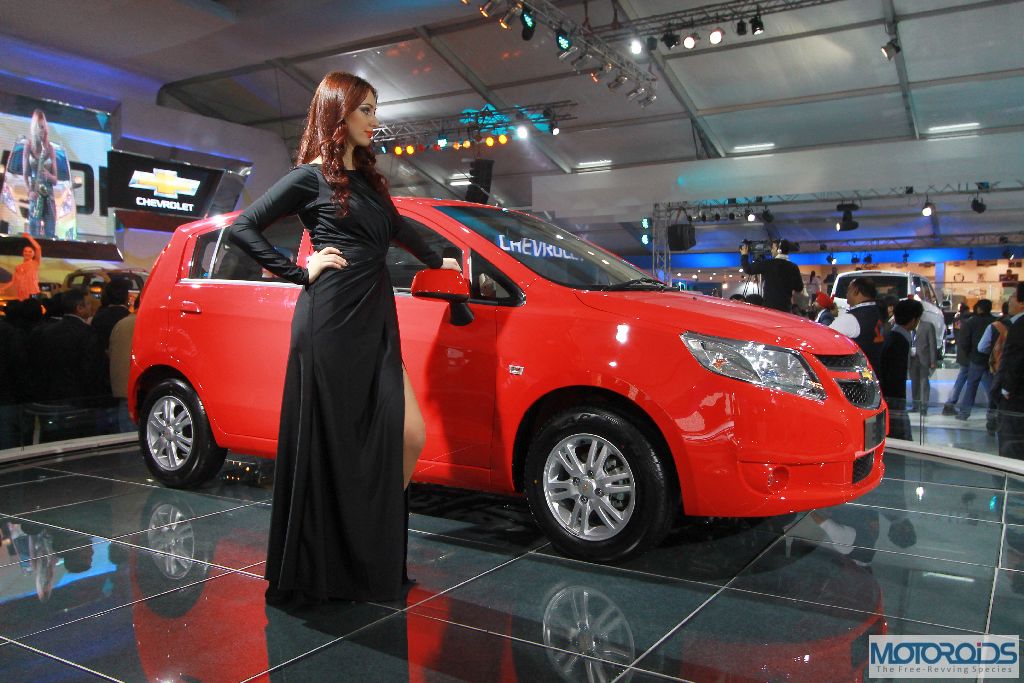 Chevrolet Sail recently unveiled its Sail hatchback at the Auto Expo 2012. Yes, the show stoppers at the Expo have to be the Camaro and Corvette Sting-ray but among all that glitters, spotlight and sensuous models is one of the most important cars to Indian market.We brought to you the pictures and the first information on the Sail as soon as it was unveiled but the finer details could not be discussed owing to us being on a strict deadline to post about the other cars. Now having returned back to base, we have compiled all the data we gathered at the Expo,  and will present detailed information about the new hatchback that has come to our shores.

To Start with, the Sail will replace the slow selling Aveo U-VA. We also expect to soon have the Sail sedan at our door steps. The Sail is based on GM’s new global small passenger car platform. This platform has has been especially created for the world’s emerging markets. 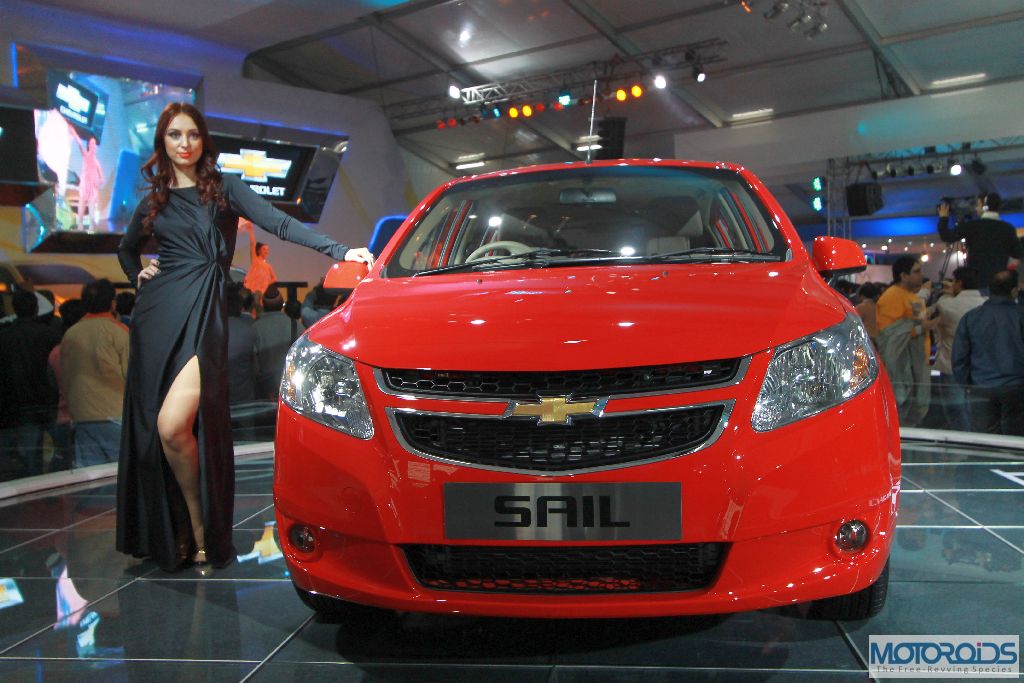 One of the negative aspects of the Aveo UVA hatchback has to be its styling. GM played safe with the Aveo’s styling,  a tad too safe to battle with the Suzuki Swift and the likes. The Sail surely is not much ahead of the car it replaces in the styling department though I have to admit that it does look a generation ahead of the U-VA. Upfront, the car’s hood lacks any eye catching surfacing or detail and similar lack of interest may be found for the ordinary looking air dam. What makes the front look fresh and fresh has to be the grille. The headlights again make the fascia look neat without having to be boringly rectangular. Coming to the side, the bland surfaces continue and the car can really do with atleast blacked B pillar to make it look a tad sophisticated. Finally, the rear is somewhat of a relief. Rear has somewhat ‘Puntoish’ vertically stacked lamps that make the bum stand apart from the usual crop of hatchbacks. The rear bumper looks a tad beefy with integrated reflectors and number plate housing.

Overall, the Sail is a neat design but nothing breaking here.

The Sail on sale abroad has beige and brown interiors and expect GM to carry them to India. The dash has a hint of Opel Corsa’s dash panel into it and the 3 spoke steering wheel here gives the interiors a somewhat sporty appearance. The fuel tank has been pushed to the centre of the car and looking at the short overhangs and high roofline, expect Sail to follow Aveo’s footsteps and offer good interior space and ergonomics.

This hatchback will have GM India’s Smartech engine which also powers the smaller Beat. The 1.2 liter constraint to get an excise duty cut from the government will make sure that the Sail will be powered by a small engine in petrol guise. Powering the diesel variant of the car would be the very well known 1.3 liter Multijet diesel sourced from Fiat. With 75 PS of power, this engine is a tested mill, a three-cylinder version of which also powers the Beat diesel.