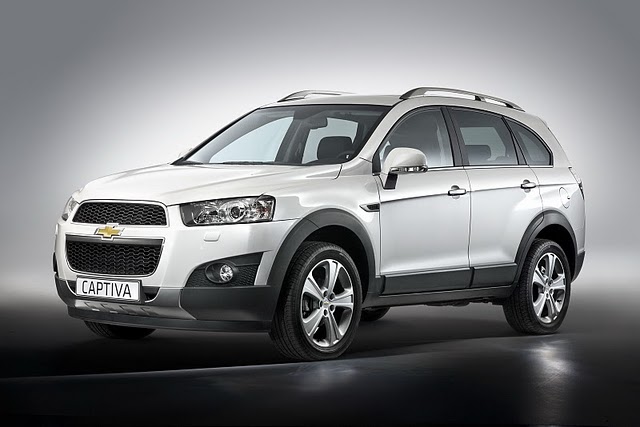 Towards the end of the last year, we came across a few people predicting no or next to no growth in many car manufacturer’s sales. A few days back, we reported about Volkswagen posting a good sales figure. How good you might ask. We will say that the figure was good enough for the German  manufacturer to overtake Toyota in top selling manufacturers list. Then, we had mentioned that the leader cannot be figured out as long as we do not come across GM’s figures. Now, we think that it was a wise option for us to wait. In 2011, GM’s brand Chevrolet sold as many as 4.76 million cars worldwide and ended up posting a global sales record. This also helped parent firm General Motors Co. (NYSE: GM) with recording a sales figure of 9 million units, a 7.6 percent growth as compared with 2010.

A large chunk of sales for Chevy came from the United States where it sold a total of 1,775,812 vehicles, up by more than 13 percent from 2010. Our neighboring nation  China posted record sales of 595,068 units, up by 9.5 percent from last year. Other than these two biggies, Vietnam, Russia, Turkey and Germany too posted considerable growth in sales of bow tie badged cars.

“Chevrolet’s impressive growth in both established and developing markets is the result of a strong new product lineup that meets the diverse needs of consumers around the world,” said GM Chairman and CEO Dan Akerson. “In addition to Chevrolet’s record-setting sales, the entire lineup of GM vehicles is meeting customer needs for fuel-efficient cars and work vehicles as well as unmatched luxury.”

Chevrolet Cruze led the brand with global sales of more than 670,000 units in 2011, making it the best-selling Chevrolet badged car around the world. The manufacturer has sold more than 1.13 million unis since the car’s launch in 2009.  More than 15 markets experienced record Chevrolet sales in 2011 with the largest year-over-year increases in South Africa (50 percent), Peru (81 percent), Vietnam (79 percent), Thailand (57 percent) and Israel (46 percent). Among the top 10 Chevrolet sales markets in 2011 were US of A, Brazil, China, Russia, Mexico, Canada, Argentina, Uzbekistan, India and Colombia.

“Without doubt the new Chevrolet portfolio has been a catalyst for our success around the world,” said Tim Lee, president of GM International Operations. “The launch of the Chevrolet brand in South Korea along with tremendous growth in China and across the rest of our international operations is proof that Chevrolet is becoming a first choice for customers around the globe.In 2012, we will continue to expand our range with even more great vehicles as we pursue further growth in our key markets,” Lee said.

GM is the leader in the markets of China and US.