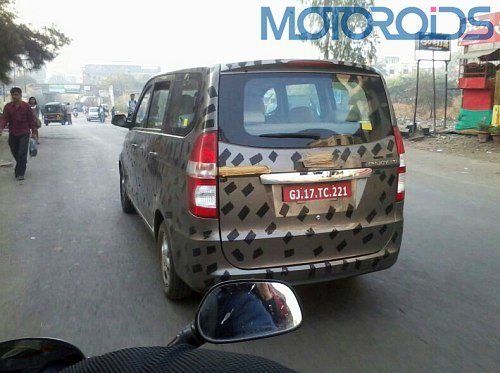 We reported in detail when it emerged that General Motors India (GMI) will soon kick start the production of its new Enjoy MPV at its Halol plant in Gujarat. The Chevrolet Enjoy, which was first seen in India at the 2012 New Delhi Auto Expo, is taking its own sweet time coming to our fast growing car market and will lock horns with the very well sorted out Nissan Evalia and the high selling Maruti Ertiga MPV. 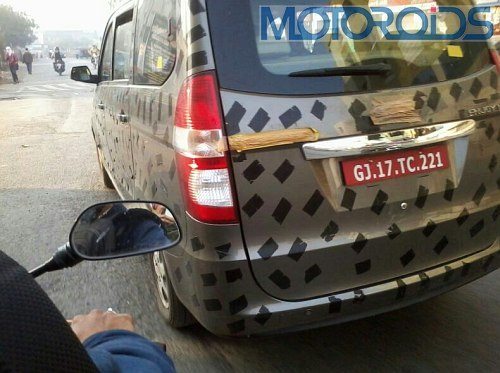 Our friend Abhijit Chaudhari recently spotted a Chevrolet Enjoy test mule in Pune. The car was caught testing near Bharti Vidyapeeth at Katraj. It may be noted that GM India has successfully completed the trial production of the Chevrolet Enjoy MPV and these pics probably belong to the last of the pre-production drives by the manufacturer. 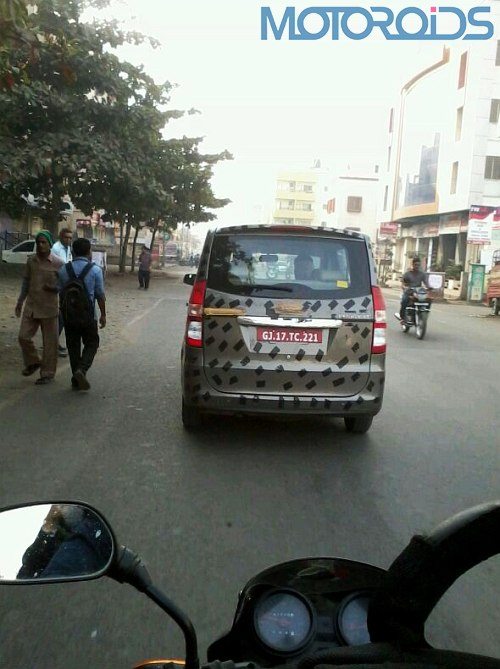 The Chevrolet Enjoy MPV will be launched in April 2013 and will come with a very competitive price tag. The GM Enjoy has been developed by SAIC, which is GM’s partner in its Chinese car market.

The Chevrolet Enjoy MPV is a genuine seven seater and will battle it out against the very popular Maruti Suzuki Ertiga when it is launched in our car market. Rumors are abound that the upcoming Enjoy MPV will come with a lower sticker price than that of Ertiga and on the same time, will offer more features. Giving fuel to these rumors is the fact that we recently saw GM India pricing the Sail sedan slightly lower than the Maruti Suzuki Swift Dzire. It may be noted that the Sail is both more spacious and arguably, more stylish than the Dzire, which has ungainly proportions.

Helping GM India with pricing the Enjoy very competitively will be a high level of localization that GM India has managed to achieve. Powering the Chevrolet Enjoy will be the same Fiat sourced 1.3 Liter turbo diesel engine that powers the Ertiga. It may be noted that the same engine also powers the Dzire and the Sail and GM India has managed to do a good job with tuning the Multijet for their sedan.

Unlike the Ertiga, which also has a 1.4 litres petrol variant, the Enjoy won’t get a petrol engine. This should not really affect the sales of the upcoming MPV as the demand for petrol powered MPVs is next to non-existent in Indian car market.