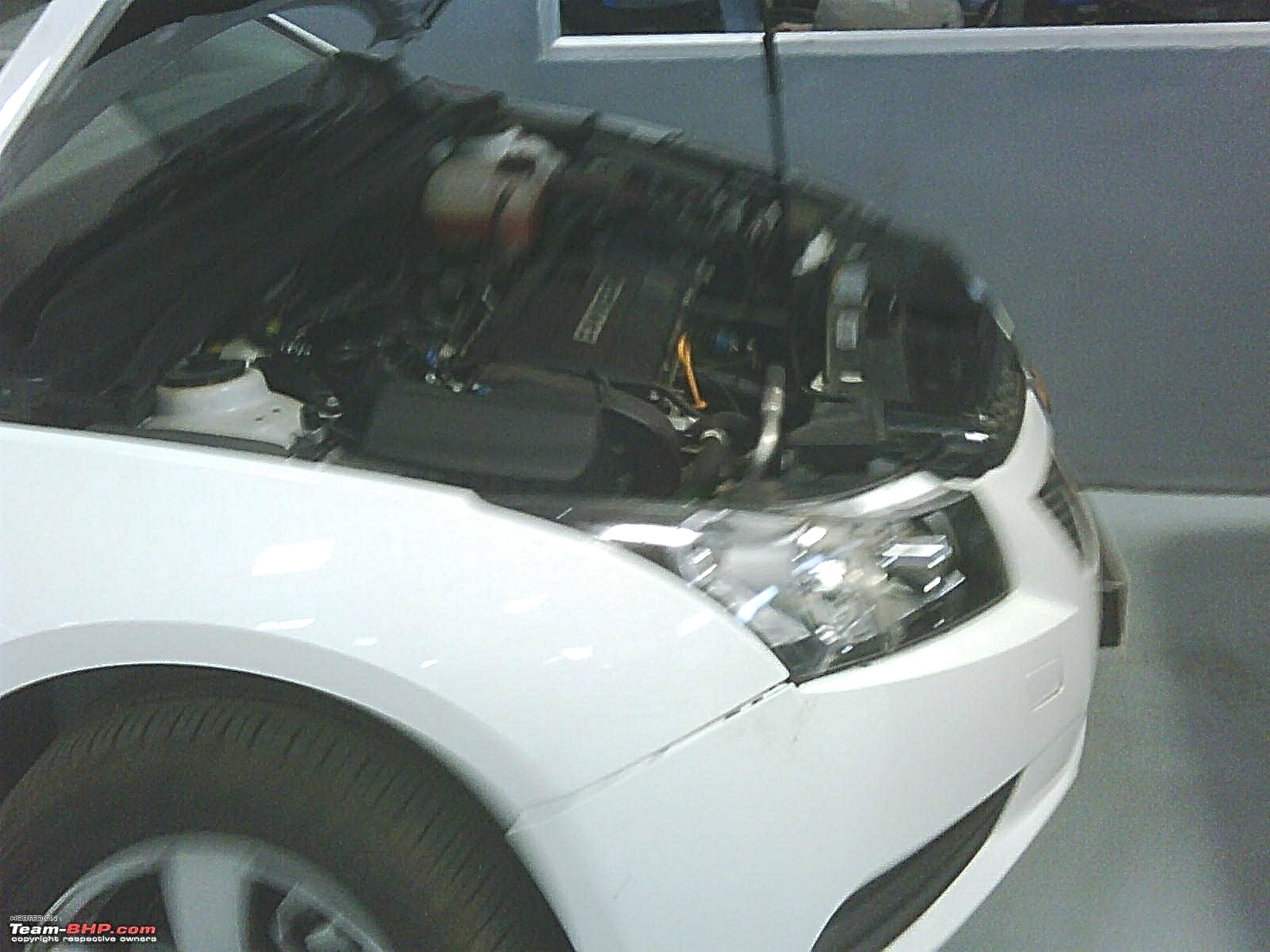 The Cherolet Cruze has turned the fortunes for Chevrolet India ever since its launch last year. The Cruze played its cards right by making an entry with the frugal and powerful 2.0-litre 150hp diesel engine. With the sales gaining a healthy momentum, the Chevrolet Cruze is now getting ready to add a petrol variant within the line-up. A certain Team-Bhp member called Ajay Mathew in Bangalore has managed to catch one of these petrol variants at a Chevrolet service centre in Bangalore. It seems that GM is close to launching the car and is in the final process of ‘service training’ at its authorised service centres in various parts of India.

The Ecotec line of engines for the Chevrolet Cruze. Image Source: Motor Trend

The blurry scoop shot shows off the Ecotec engine (refer to the image below) in the Cruze’s engine bay. Looking at Chevy’s international line up, this engine could either be a 1.6-litre naturally aspirated in-line four cylinder engine dispensing 111 hp, or a 1.8-litre 135-139 hp NA in-line four or a 1.4-litre turbocharged four cylinder 140hp powertrain. Ajay mentions that its a 1.4-litre TC but we won’t be surprised if Chevy decides to get in the 1.6 or 1.8 NA engine to reduce service and production costs. Either way, Chevrolet will have enough fire power to take on the upcoming FIAT Linea T-jet the bigger models like the Skoda Laura, Toyota Altis and Honda Civic. All the three Ecotec engines are mated to a six speed manual transmission, which should add some novelty value for the uninitiated customers. We are expecting the Cruze petrol to be introduced by November 2010.