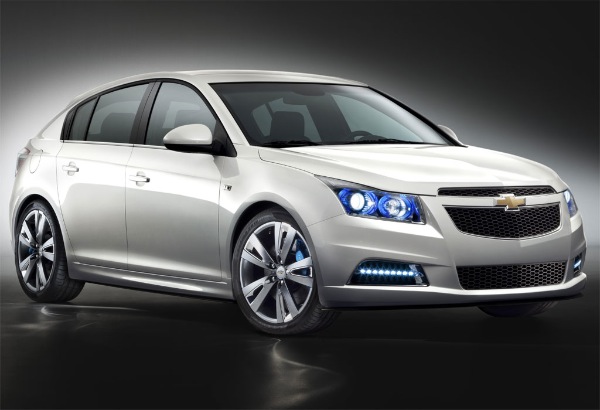 We had reported few days back, the likely premiere of Chevrolet Cruz Hatchback at the upcoming Paris Auto Show, along with three other models. It has now been confirmed by General Motors that, the much awaited Cruze Hatchback will take its first public bow in Paris, in a show- car version and the company has also revealed the first images of the five- door hatch.

The hatchback will come with a sweeping coupe roofline and short overhangs at both the front and rear and will be built using the new body- frame integral system (BFI) which is complemented by the final tuning to chassis components. Luggage carrying capacity for the new Cruze is expected to be close to 400 litters and will feature 60/40 split rear seating.

“Hatchbacks play a critical role in many markets. The total compact segment in Europe represents around 4.8 million units which is over a quarter of the total market, with hatchbacks representing around 65% of that volume. We therefore expect to see increased business in a number of regions, while sending out a signal that Chevrolet is now a serious mainstream player in Europe,” said Wayne Brannon, president and managing director of Chevrolet Europe.

The vehicle is scheduled to go on sale in markets across Europe in mid 2011; after-which it may land on the indian shores. Sadly, for the car specifications and prices, we will have to wait until the Paris Auto Show commences.