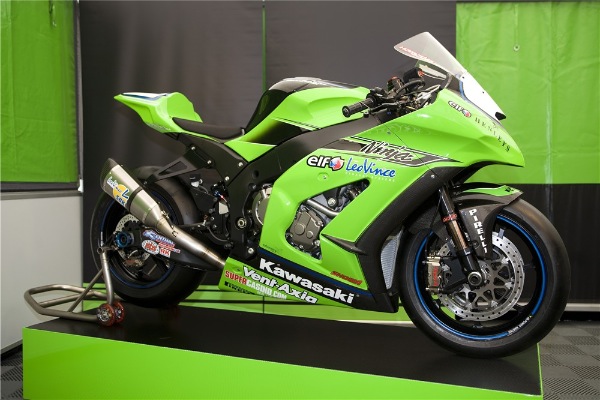 Finally, after months of teasing with pics and videos, the final version of the 2011 Kawasaki Ninja ZX- 10R Racebike has been taken out of wraps by the company at the Nurburgring circuit in Germany. The new Ninja ZX-10R Racer will make its debut in the 2011 WSBK Championship.

“The new race bike has been eagerly anticipated by everyone involved in the Superbike racing project for a while now. The PBM team have evolved and restructured continuously in order to be in a position to utilise the new bike’s potential to the maximum next season. As you can imagine the Paul Bird team are ultra keen to get started with it and so who better than the team itself to help us show the first edition of the race version of it here at the Nurburgring?” Steve Guttridge, the Race Planning Manager from Kawasaki Motors Europe, stated for the press.

Technical details, however are yet to be revealed by the Japanese manufacturer. The next opportunity to get up and close to the new Racer, for the international media will at the official launch of the production machine, slated to be in October at the Intermot show.