You wear their shirts, you visit their cafe, your rear windshield has a sticker and there’s a mile long lanyard which hangs from the rear-view mirror for reasons only you know. General Motors India will now sell you an entire car that will share your love for the Old Trafford based football team, as they launched the Chevrolet Beat and SAIL Hatchback Manchester United Limited Editions. Available in limited quantity, the models celebrate Chevrolet’s Shirt Sponsorship with Manchester United. 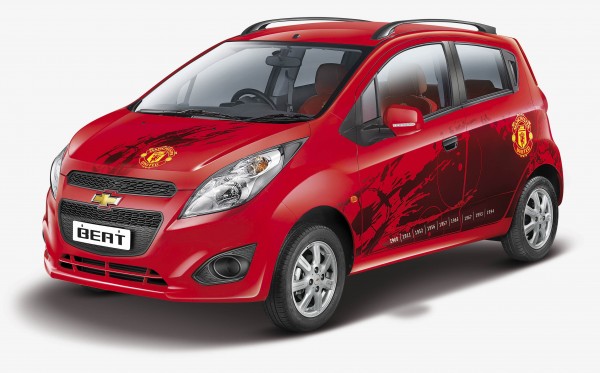 The two models showcased at the recent 2014 Indian Auto Expo have been designed by engineers at the General Motors Technical Center India (GMTC-I) in Bangalore on popular customer demand with exclusive Manchester United livery kits. These specially designed models will cost only Rs 69,000 over the original versions. 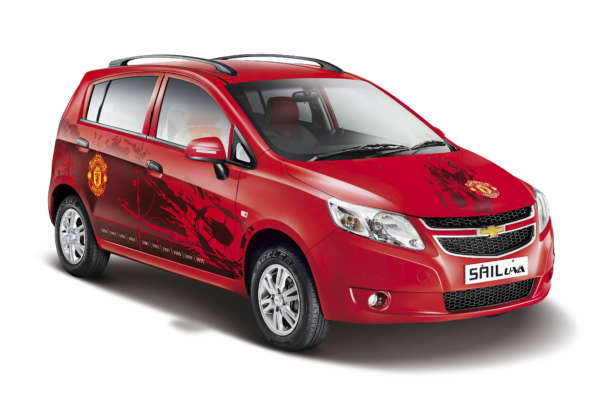 Celebrating its debut on the new shirt is one of several upcoming events highlighting Chevrolet’s partnership with Manchester United. On July 23, Manchester United will play its first match in the new Chevrolet-branded shirt against the L.A. Galaxy at the Rose Bowl in Pasadena, California. The Chevrolet Beat and SAIL Hatchback Manchester United editions will conclude the multi-city tour called ‘Chevrolet Fast Moves’ on July 8 in India. Through a unique contest, GM India is giving a golden opportunity for two winners with a friend each to watch the legendary team’s first match in North America in August 2014. The winners of the contest will be announced on July 10, 2014.

Here’s a video for all the fans: