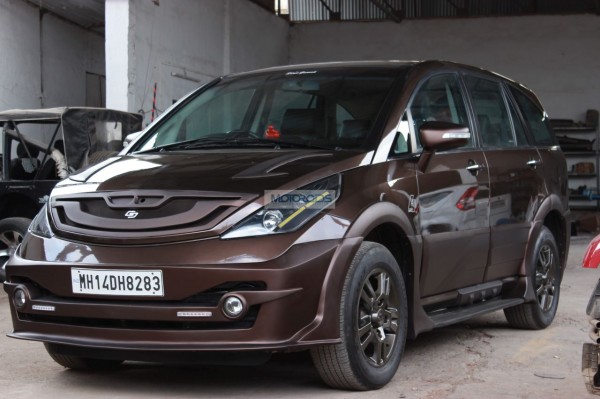 We have just received these images of a modified Tata Aria by a Pune based modifier named Grouddesigns. The radical makeover, while not very tasteful sure appears quite detailed if you have a closer look at car. The radiator grille of the stock car has been completely replaced by a new design. The lower portion of the grille gives the impression of a mild smile with the twin recesses in the upper portion forming the nose. The grille is finished in satin brown with mesh treatment given to its central portion and the GD logo in the middle. 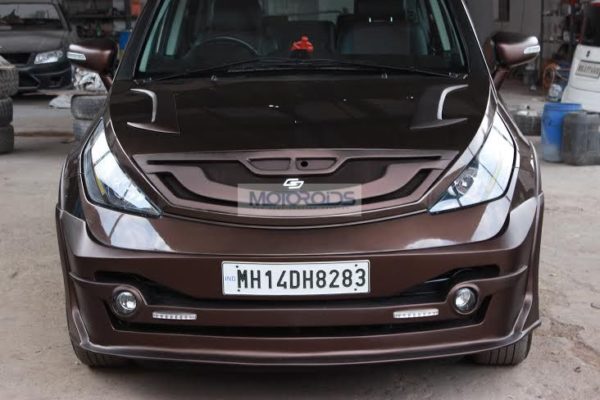 Sharply styled, opposing C’s in plastic have been pasted on either flanks of the bonnet as a styling detail. The bumper is an all-new job, with many layers and surfaces to it. The angular bumper with a wide and slim twin continuous air dams houses round fog lamps on the sides along with what seem to be strips of LEDs on the inside. While the design looks reasonably well finished from a distance looking closely reveals large gaps between the left headlamp and the bumper. The finish quality of the job can be ascertained only after having a look at it in the flesh. 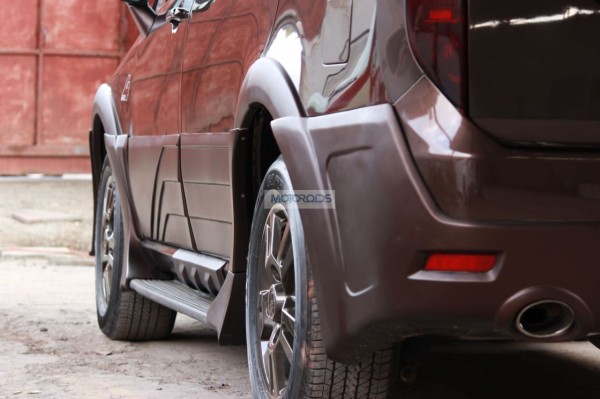 Rear bumper, just like the front unit is a brand new job, too. Claddings surround the lower portions of the crossover all along its length. Footboards have been added to the body with the area below the central pillar having been treated with angular fins 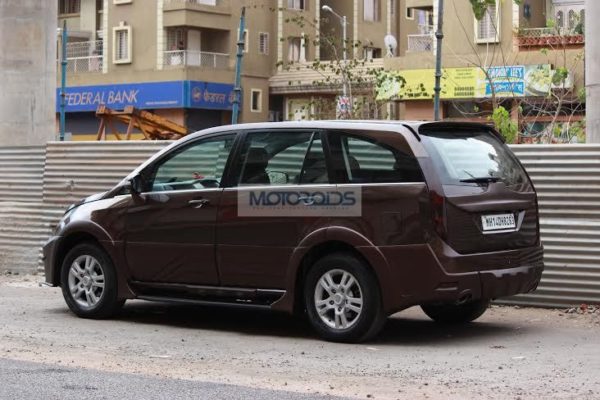 At the rear, the portion above the registration plates has been restyled. The tail lamps too have been tinted in a color to match the vehicle’s shade. Interestingly, the alloy wheels in one of the pictures are different to the ones in the rest of the images. We believe the brown ten spoke angular styled alloys are the ones to go with the final job

What do you think of this design? Do let us know your views.