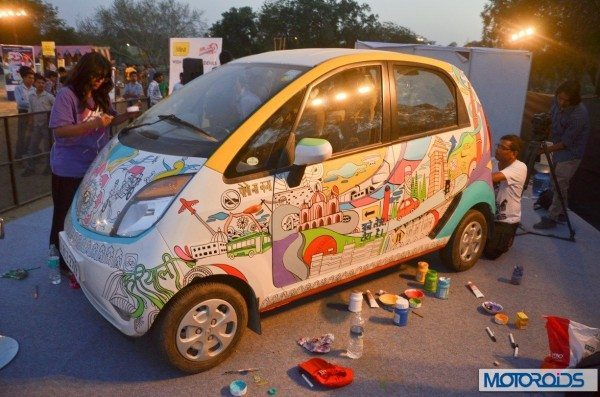 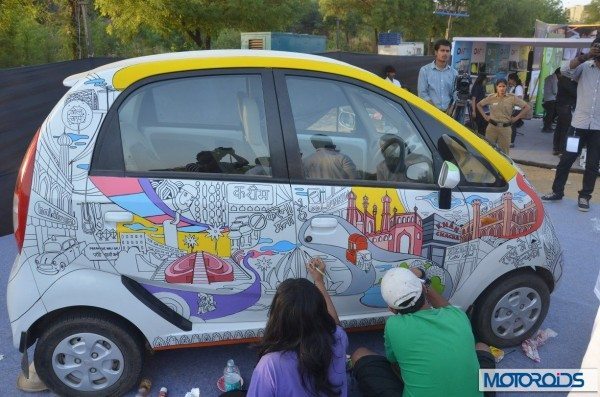 The theme chosen for the third official Art Nano was “Saddi Dilli,” and was designed keeping in mind the sights and flavors of “Dilli.” Painted by a trio of artists from Mumbai known as “The Doodlers,” the car evoked a pop-art style as it sought to capture the busy and unique vibrancy of Delhi. The artists showcased the culture and monuments of the city on the car.

In a nod to creative collaboration, students were asked to give their views on the modern, colloquial interpretations of road signs in Delhi. Out of thousands of student submissions, 11entries were shortlisted, and can be seenwithin a dynamic and whimsical pop-art background of Delhi. The signatures of the 11 winning students appear alongside the artists’ own signatures. 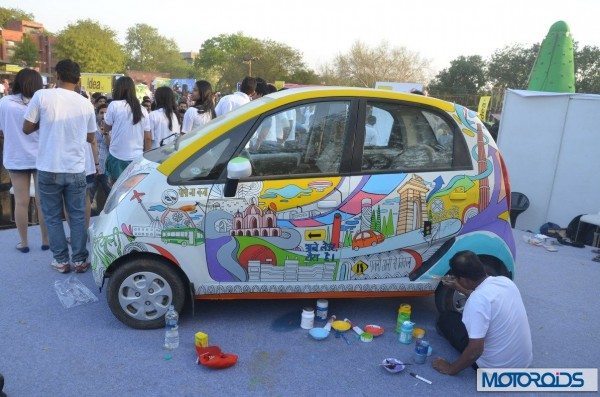 The Nano: Art-in-motion is an initiative to make Nano an extension of the art culture and a symbol of creativity, expression, and individuality. The philosophy behind the program is to make Nano a canvas for life and inspire other art enthusiasts.