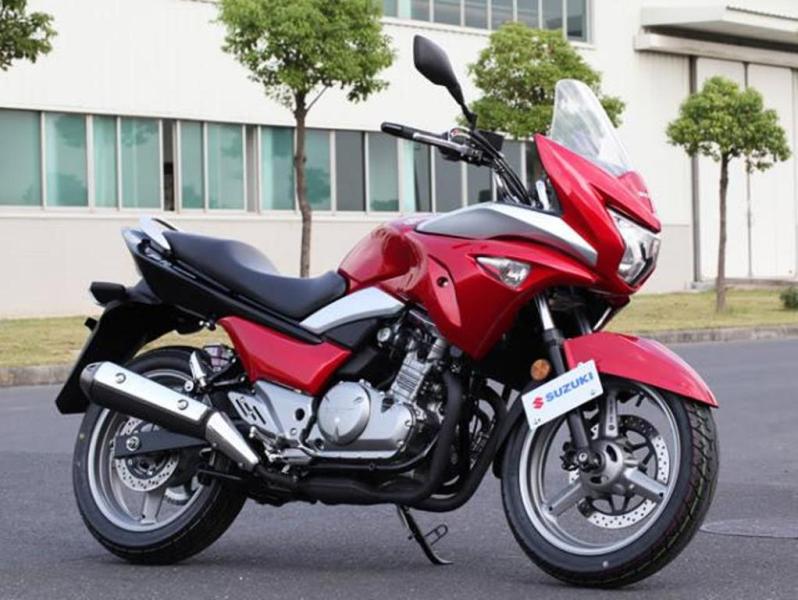 The semi faired version of Suzuki’s latest 250cc twin motorcycle would be unveiled at the Shanghai Motor Show 2013. Termed as the Suzuki Inazuma GW250S, the semi-faired motorcycle is slated for Asian and European markets and would begin production at Changzhou Haojue Suzuki Motorcycle Company in China. Initial sales would be offered only for the Chinese markets and later be exported to Japan and the European Union.

A semi-fairing with an upright windscreen and raised handlebars would give Inazuma riders better wind protection and a comfortable riding position. A 26 bhp motor in a parallel twin setup should make the semi faired Suzuki Inazuma GW250S well suited for touring. 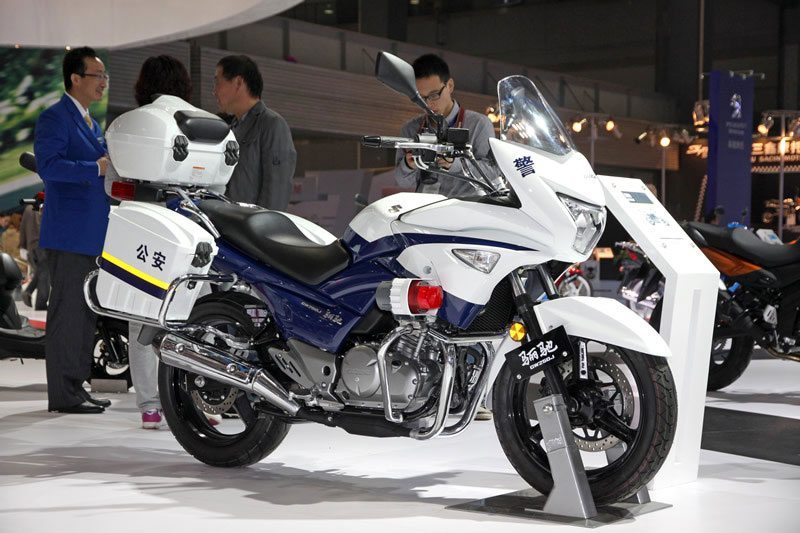 In fact the faired variant is already into service for the China Police loaded with the usual cop-ware such as sirens, flashers and pannier sets. The GW250S is the essentially the same cop motorcycle (of course minus the accessories), but would officially go into production once the unveiling happens at Shanghai.

Honda had also recently launched an Asia-specific semi faired VTR250 which cranks a higher 29.5 bhp from it’s v-twin motor compared to the Inazuma. Suzuki aims to compete against the Hondas- the other being the CBR250R and then there is the KTM Duke 200, both of which sell in Japan as well as Europe. The Inazuma is also speculated to be launched in India this year, and though the design might not positively click with enthusiasts- it might actually work in Suzuki’s favour on the exclusivity factor. Being a twin is another advantage.

Still a long way to go and if launched, how do the new Suzukis fare on the sales charts needs to be seen.