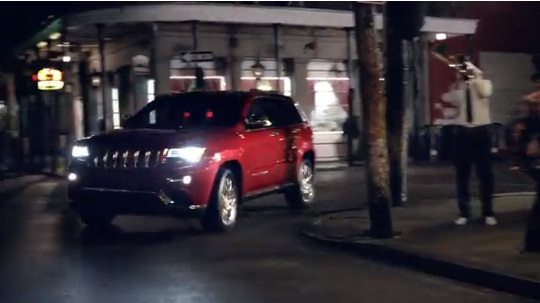 The much discussed Jeep brand of SUVs is just a few months away from officially entering Indian car market. It is being said that the Fiat owned Jeep brand will be launched in India during this year’s festive season and the Grand Cherokee and the Wrangler will become the first two Jeep vehicles that will be sold in India.

India would get the new facelift version of the Jeep Grand Cherokee and 2014 Grand Cherokee test mule was recently spotted testing in India.
The 2014 Grand Cherokee sports revised front & rear end styling and comes with a handful of new features to remain fresh in the global market. The Jeep Grand Cherokee facelift gets sleeker headlamp units with the quintessential DRLs and a revised front grille. The rear of the car too has been redesigned and gets clear lens tail lamps and chrome exhaust tips. The manufacturer claims that the new rear end makes the car more aerodynamic and hence, aids performance and efficiency.

The 2014 Jeep Grand Cherokee will be brought to us via completely built unit (CBU) route and it is anybody’s guess that we will get the 237bhp 3 Litre V6 turbo diesel engine for our market. This engine variant gets the new ZF 8 speed auto ‘box for transmitting all that power to the four wheels. The car also gets a start stop system to aid fuel economy.