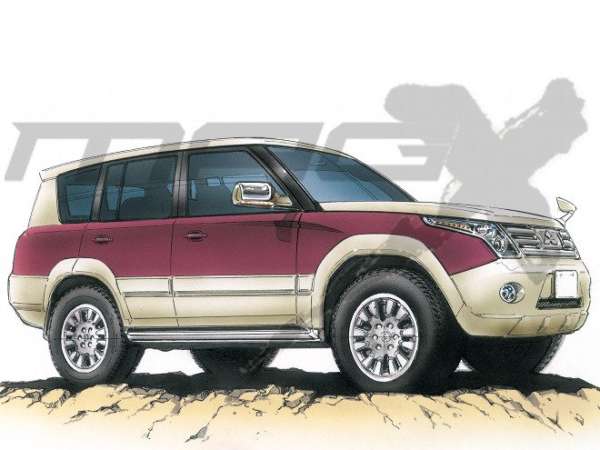 It is being said that the Japanese auto maker Mitsubishi is already busy working on the next generation Mitsubishi Pajero, which is arguably the most successful names in the world of off road SUVs. This revelation of sorts comes from Japanese publication Car Sensor, which goes on to say that more than design changes, the it is the powertrain for the new Pajero that will see the major change! The next gen Mitsubishi Pajero is expected to boast of a plug-in hybrid, for the first time ever in Pajero’s history.

It is being said that the next generation Mitsubishi Pajero will be based on a GC-PHEV, which was showcased at the Tokyo International Motor Show in November last year. The production version of the GC-PHEV concept will boast of a four-cylinder engine at the front, and an electric motor positioned under the boot floor. The motor will gets its juice from a lithium-ion battery that will be placed under the boot. This would mean that the battery won’t eat into the boot space, as seen on same of the hybrid models on sale today. At low engine speeds, the new Pajero will be powered only by electricity. Even during off road use, the Pajero will use battery power for low-speeds.