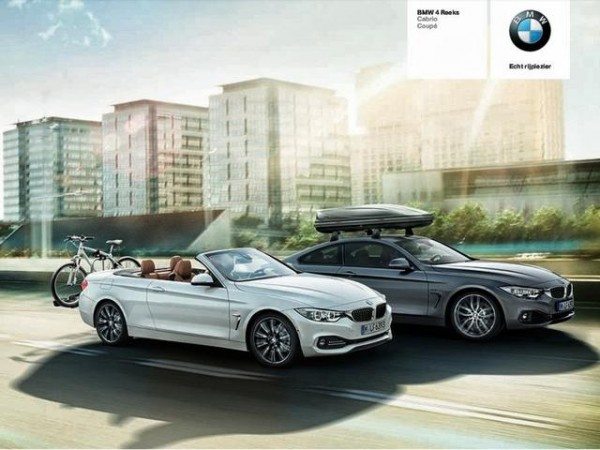 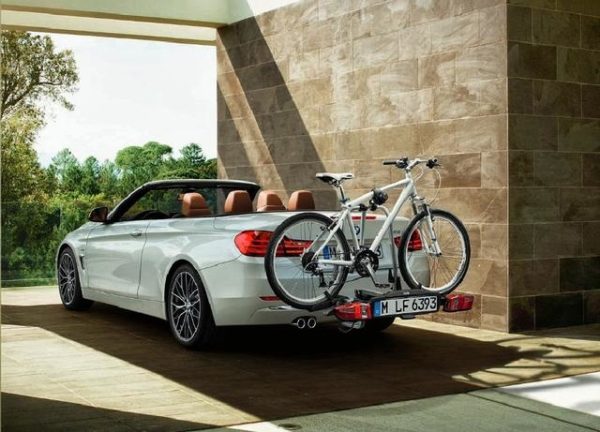 We believe that these images belong to the BMW accessories brochure (what else explains that bicycle glued on to the back of the upcoming 4’er body variant?). As we’ve been guessing, the 4’er convertible looks similar to the 4 Series Coupe, with the only apparent difference lying in the lack of a fixed hardtop and the alloy wheels.

The upcoming 4 Series Convertible will be the successor for the 3 Series convertible and akin to the car it replaces, it will feature a metal-folding roof.

The BMW 4 Series will be sold with following eingine options:

We won’t be too surprised if BMW also launches a 220hp, 2.0 litre diesel engine variant of the new Coupe.

The BMW 4 Series convertible is expected to have its first outing at the 2013 LA Auto Show. Stay tuned to Motoroids for more updates and pics of the upcoming 2014 BMW 4 Series Convertible. 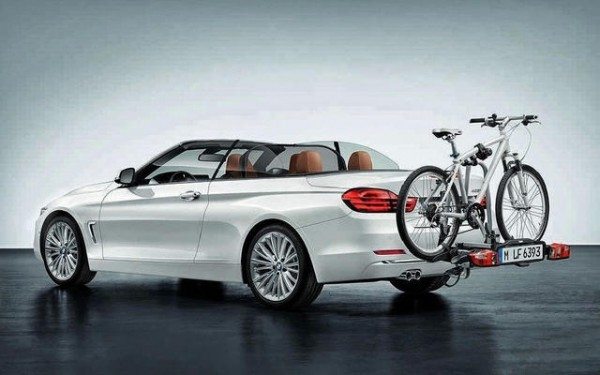