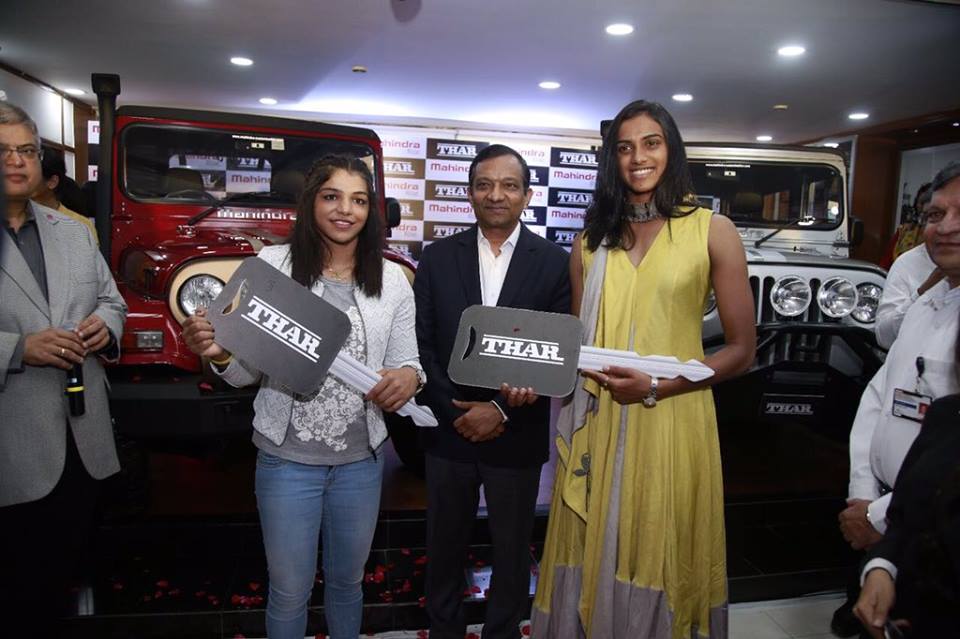 As promised by Anand Mahindra, Chairman and MD of Mahindra & Mahindra, champions P.V. Sindhu (21) and Sakshi Malik (24) received their gifts – customised Mahindra Thar vehicles – for their stellar performance at the recently concluded 2016 Rio Olympics. While Sakshi’s bronze medal made her the first female wrestler from India to win a medal at the Olympics, badminton player P.V. Sindhu made the country proud by becoming the first Indian woman to win an Olympic silver medal. The vehicles were handed over to the sports personalities by Dr. Pawan Goenka, Executive Director of Mahindra & Mahindra. 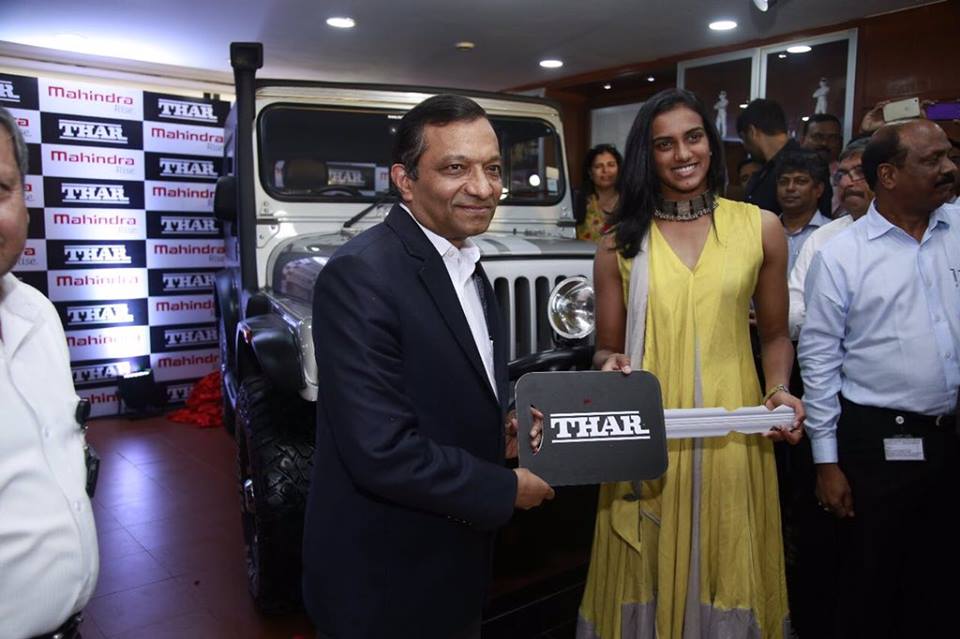