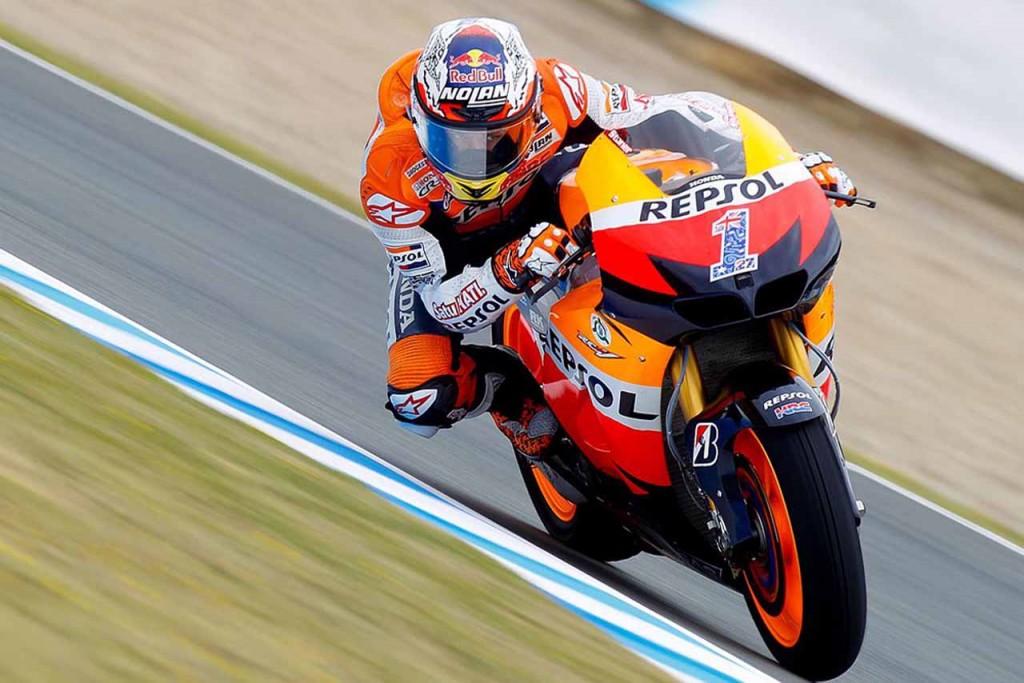 In a development that might not come across as a very good news to many fans, Casey Stoner, announced that he will bid goodbye to MotoGP racing after the current season. This recent announcement from the rider comes across as a tad strange because only two weeks prior, he had negated the claims of media about him retiring after this year’s season. The rider had sais, “Until you hear it from me don’t believe anything you read” and now that we have heard it from him, we have no option but to believe the news about his retirement. It is not really a nice feeling that the we won’t get to see the rider competing after these remaining six months.

This announcement from 26-year old two-time World Championship winner has shocked fans and rivals alike, We sure will miss those dogfights between him and the Doctor.

Following is what he had to say to the Press-

“After a long time thinking, a lot of time talking with my family and my wife, this has been coming for a couple of years now but at the end of this 2012 season I will be not racing in the 2013 Championship. I will be finishing my career at the end of this season in MotoGP, and go forward with different things in my life.

After so many years of doing this sport which I love, and which myself and my family made so many sacrifices for, after so many years of trying to get to where we have gotten to at this point, this sport has changed a lot and it has changed to the point where I am not enjoying it. I don’t have the passion for it and so at this time it’s better if I retire now. There are a lot of things that have disappointed me, and also a lot of things I have loved about this sport, but unfortunately the balance has gone in the wrong direction. And so, basically, we won’t be continuing any more. It would be nice if I could say I would stay one more year, but then where does it stop? So we decided to finish everything as we are now.”