Home News Can Rossi bring back the glory days? 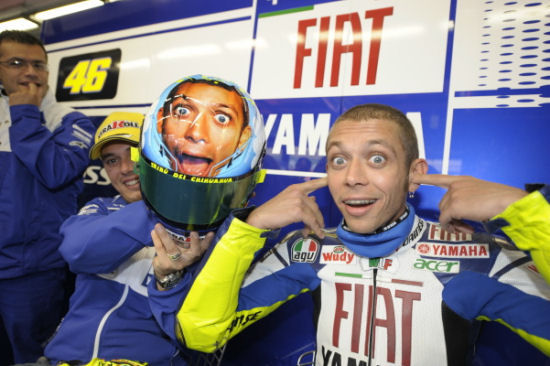 Like most of you, even I am an ardent Vale fan. There was a time when the Italian master used to ride the Repsol Honda bikes and made winning a MotoGP championship look one of the easiest tasks in the world. Several times I saw the champ run off the tar, lose several positions on the grid, get back to business, overtake everyone who passed him in a matter of a couple of laps, and claim the top spot on the podium. His dominance had almost started make MotoGP look boring.

And then he shifted to Yamaha, and won his very first race on the new bike. The Doctor couldn’t do any wrong back then. Give him a Tobu cycle, and for all you know he would finish on the podium even with that piece of machinery. Back in the day, Rossi was the god of motorcycling and as it would seem, even the errors he made were just to give the opposition a slight hope to win, just to keep the matters interesting.

After winning the championship for an incredible five times from 2001 to 2005, Rossi, finally exhibited the first signs of being a human in 2006 when he lost the title to a rather undeserving Nicky Hayden. The story continued the next year too, when an extremely deserving Casey Stoner brought glory to Ducati by winning the championship.The Doctor came back in style in the next two years, bagging the championship again on the Yamaha, though not in the convincing fashion he is known for. Last year he lost the crown again to his courageous and talented team-mate Jorge Lorenzo, a racer who seems to have the makings of being a legend himself.

Now, in motorsport, you win some and you lose some. Rossi has pretty much dominated the sport like no-one else, and arguably has nothing more to prove. Arguably, mind you. The man has shifted to Ducati, a team which is known for the sheer brute force of its bikes, than their finesse or corner carving capabilities. And the gifted Italian seems to be struggling on the new bike. Not only are the bikes not as well sorted as their Japanese counterparts around the corners, they are being swallowed on the straights as well by the Hondas for a change.

The Doctor seems to have turned into a patient after his recent shoulder injury, and the lack of strength in that technically critical body part is preventing him from pushing 100 percent. A technically inferior bike, some really serious competition (Lorenzo, Stoner, Pedros – in that order), and some seriously better competing machinery – Rossi has never had the odds lined up against him so intimidatingly in his entire career. Or probably he had the machinery to make it look easy, back then. He has never looked as helpless and struggling as he does right now. The man who used to invariably be on pole position, is struggling to be among the top 8.

To add to the pressure, for the first time, he is racing for Ducati, which is nothing short of national team for him. His compatriot fans want him to ‘bring home the cup’ for them. In short, Rossi needs to win the championship on Ducati, and he needs to win it more than ever. To expect him to pull it off this very year would be unfair, but he has to make it happen in the 2012 season.

Would he be able to do it? Another question, how many world championships do you think Rossi has left in him? Do let us know your views.