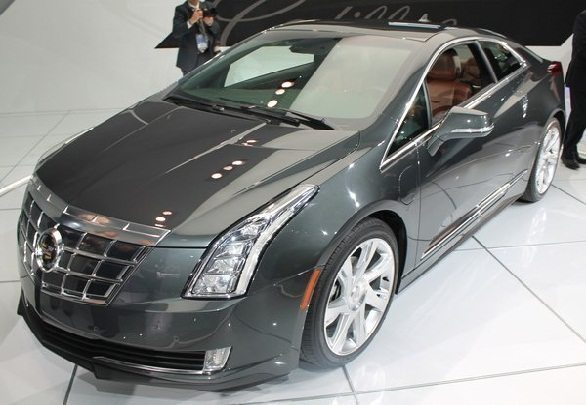 After grabbing attention from all around the world by unveiling the all new 2014 Corvette C7, GM has now showcased the the new Cadillac ELR.

Based on the Chevrolet Volt, the ELR is a luxurious coupe that will go on sale soon after the new ATS sedan.

The Cadillac ELR shares its plug-in hybrid drivetrain with the Volt and the only change is the application of a slightly more powerful electric motor in the ELR. This translates into an improved output of 207 horsepower as compared to Volt’s 149 horses.

While the ELR, much like the Volt, gets a single-speed transmission, the new car comes kitted with a set of steering mounted pedals that increase the resistance from the regenerative brakes.

On styling front, the new car takes many cues from the Cadillac Converj concept shown at the 2009 Detroit auto show and the large chrome grille seems to have been borrowed from the XTS.

On the inside, the coupe has a 2+2 seating layout and Cadillac claims that the materials and quality of the ELR’s interior will be the best ever from the car maker.