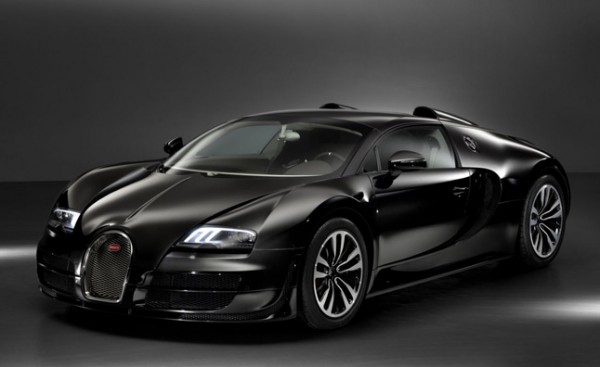 The new Bugatti Veyron Grand Sport Vitesse Jean Bugatti was yesterday unveiled at the ongoing 2013 Frankfurt Motor Show and with this, the latest Veyron Grand Sport model becomes the second model of the six “Legend Edition” models that the car maker plans to come up with.

The latest special edition pays homage to Jean Bugatti, the eldest son of the company’s founder and has gone on sale for a price of 2.28 million Euros.

Bugatti says that the six different “Legend Edition” models will celebrate the “renowned names which have played a crucial role in its history.” Only three units of the new Veyron Grand Sport Vitesse Jead Bugatti will be ever built.

On the inside, the new limited edition car comes draped in leather which is in same beige and brown color tones that were used on the interiors of Type 57SC Atlantic. The Type 57SC Atlantic has to be the most famous creation of Jean Bugatti. Also found in abundance is chocolate brown, which together with beige, manages to give the interior a really premium look.

The new special edition of the hypercar is based on the Veyron Grand Sport Vitesse and is powered by the donor car’s monstrous 8.0-liter W16 engine. This engine has a max power of 1,200 PS and has 1,500 Nm of torque. The car can dismiss 100kmph from standstill in merely 2.6 seconds (!!) and has a top speed of 408.84 kmph. It may be noted that the Vitesse holds the official fastest production roadster in the world record.