This isn’t the first time a Bugatti Veyron has been crashed. Many of you might have seen the crash video of a Veyron where the owner drove his expensive vehicle into a water body. 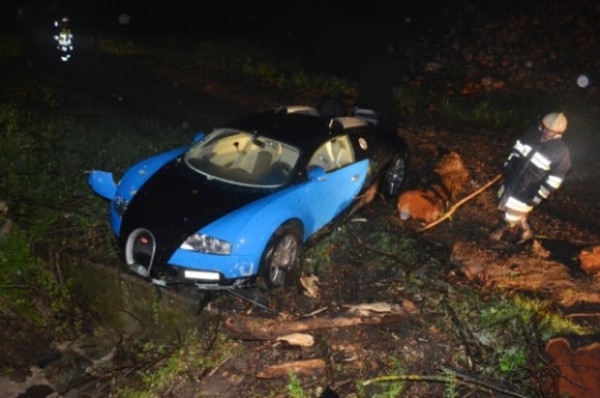 Now, a Bugatti Veyron has crashed in Austria. According to reports, the incident happened yesterday when the driver, who was travelling down the A2 between Seebenstein and Grimmenstein, lost control of the Veyron in wet conditions, crashing through a guard rail and falling about 40 meters down an embankment.

Also, recently there has been very strong winds and heavy rain in Austria, which has restricted the speed of cars at around 30-40 mph because of the cross winds. Whether this has been the cause of the crash ? We’re unsure.

The driver walked away from the accident without any injuries. He even provided accurate GPS coordinates to the police and recovery crews. 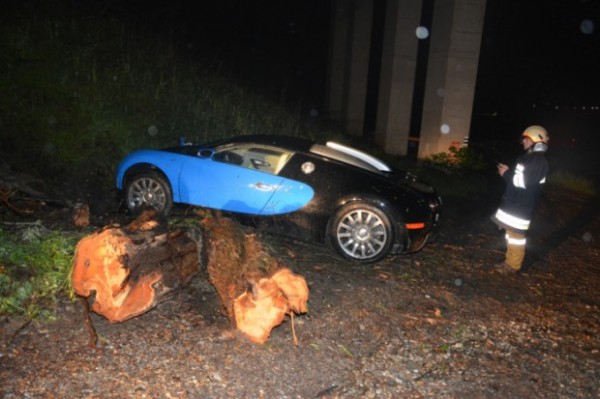 It took the recovery crew 1 hour and 30 minutes to recover the car from the wreckage. As for the damage to the car, few of the panels were damaged. The front portion of the car has sustained severe damage. The rear wheels look to have also been damaged. 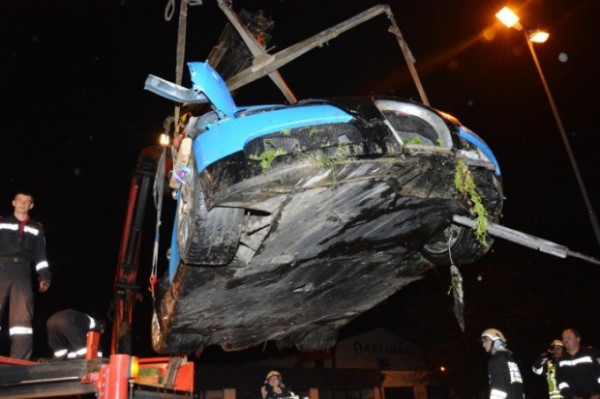 We are glad to hear the driver walked away without any injuries. But, on the other hand, the insurance company with which the car is insured, will be seeing heavy damages to their profits.