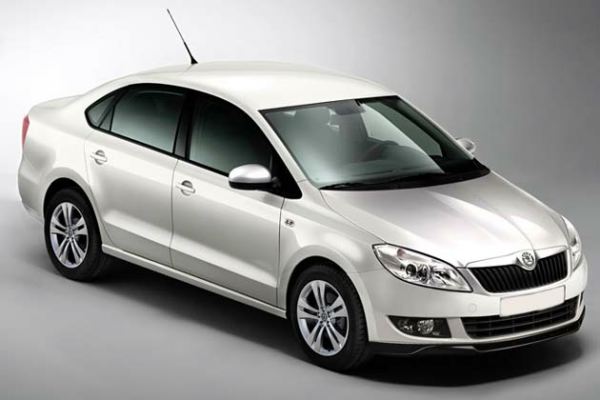 Autocar India editor Hormazd Sorabjee has revealed that the Skoda mid-size sedan, based on the Vento will be called the Lauretta. This brings to an end the buzz that the new sedan from Skoda may be called the Rapid. Adding further to the info, Hormazd says that the car will be launched in October with deliveries starting from December. Autocar India will be carrying images and detailed info on the car in their anniversary issue. So those of you interested in the new car should grab a copy.

The Lauretta is Skoda’s contender in the mid-size segment which is currently inhabited by the SX4, Vento, City and the new Fiesta. The Luaretta will share its platform as well as its engines with its group cousin VW Vento. There will be two 1.6 liter engines on offer, a petrol and a diesel. The petrol unit will be good for 105PS of power at 5250rpm and 153Nmof peak torque at 3800rpm. The diesel unit will offer 105PS @4400rpm and 250Nm @1500rpm.

Looking at some of the spy pictures the Lauretta, or the Fabia sedan, as it has also been known as seems peculiarly similar to the Vento in terms of proportions. The resemblance becomes even more evident when you look at the car in profile. You can read more about the design of the Lauretta in our earlier post here.