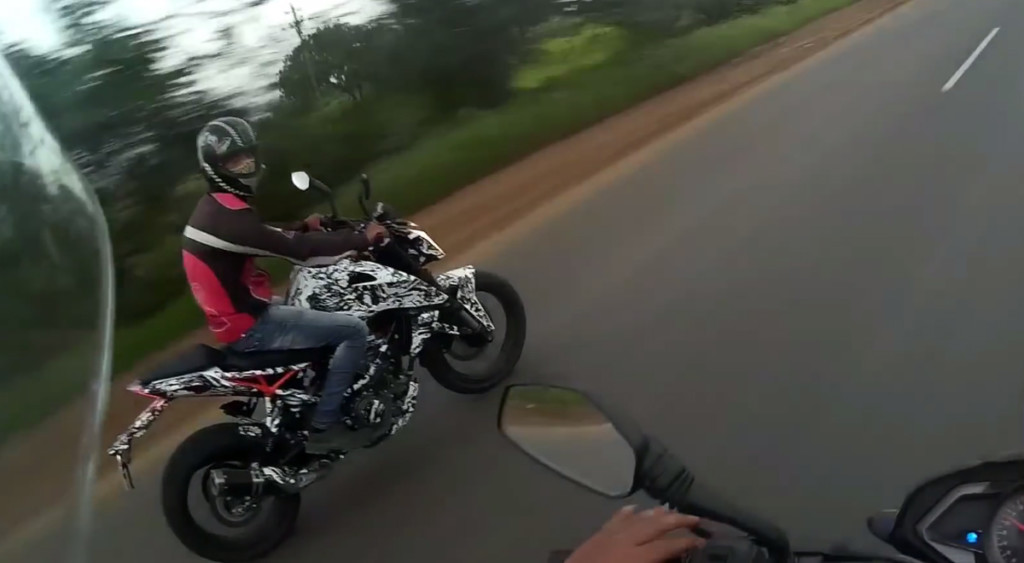 The upcoming, highly anticipated 2017 KTM Duke 390 has been spied testing in India for the second time, but for the first time in motion. A new POV video, courtesy YouTube channel Konvicted Rider shows a camouflaged prototype of the Indo-Austrian street-fighter stretching its newfound legs on the old Mumbai-Pune highway. The motorcycle was first spotted at Bajaj’s manufacturing plant in Chakan (where it will be built) back in June 2016.

The 2017 KTM Duke 390 will come with an all-new design that’ll be highlighted with sharp tank extensions, a full-LED headlamp split in the middle, and an exposed sub-frame. The rest of the design, including the tank, tail section and seat will be revamped as well, while being heavily influenced by the top-of-the-line 1290 Super Duke’s appearance. The new design will be complimented with fresh graphics and the trademark orange and white livery. 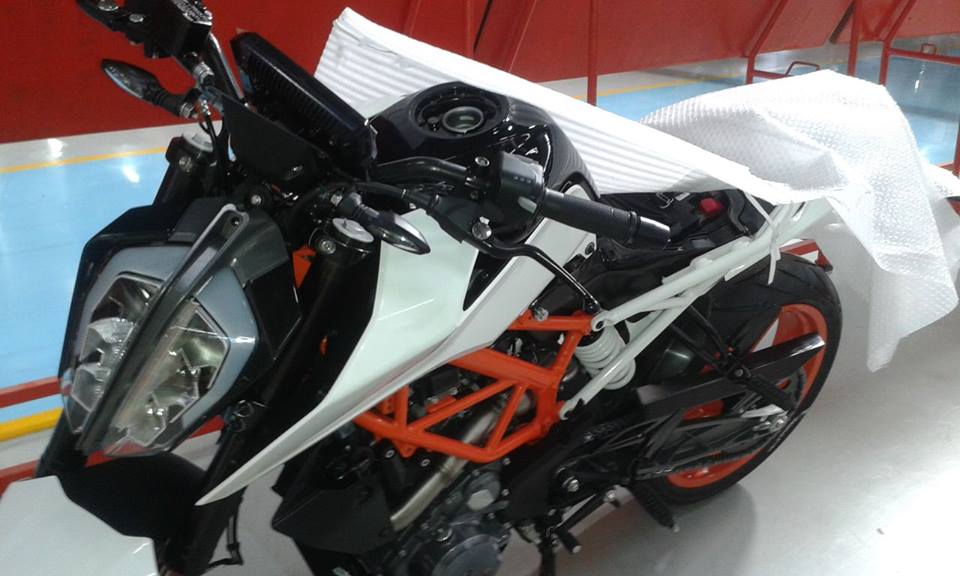 As for the heart, the 2017 KTM Duke 390 will be powered by an updated version of the current, single cylinder, 373.2cc engine that’ll comply with the Euro 4 emission norms. The updated engine is expected to doll out even more power and torque, which means figures north of the current 43 bhp and 35 Nm that the existing engine produces. Other mechanical highlights of the 2017 KTM Duke 390 will include Metzeler tyres, a slipper clutch, ride-by-wire, dual channel ABS and an updated exhaust system.

Production of the 2017 KTM Duke 390 will reportedly commence from October 2016 and the motorcycle is expected to reach showrooms in India in early-2017 with a marginally higher price tag than the current model, which retails fro around INR 2 lakh. The 2017 KTM Duke 390 will lock horns against the TVS-BMW G 310 R and the TVS Akula 310 in India. It’s Indian nemesis, the Bajaj Pulsar VS 400, is also being readied for a launch soon.