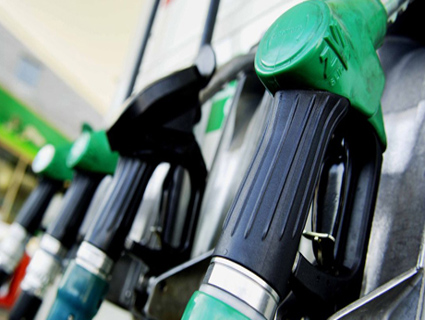 Wow! The fruits of decontrolling fuel prices are now visible. The fuel companies will now hike prices at the drop of a hat. Brace up for paying fuel prices which are at par (or more) with the western world, with salaries which are a fraction of theirs (not that we are not, already, but be prepared for a much bigger hole in your pocket in the coming times). BPCL has announced a fuel price hike of Rs 2.96 which means that their outlets will dispense the golden liquid at Rs 55.87 in Delhi and not too far away from Rs 60 in Mumbai.

Ill-governance is at its all-time peak in this country. Corruption has become a way of life, population is strangulating this land to death, and the ministers are making merry siphoning the money off the system into their homes as the ‘economy flourishes’. And now this fuel price hike… the days of this government, it seems are limited. It’s OK if the government’s own machinery makes the country poorer by thousands of crores of rupees every day, but its not OK, if a few thousand crores are attributed towards keeping the price of the most basic commodity down. They call this ‘reforms’. Would love it if they ‘reformed’ their ways of working, before squeezing the blood out of the common man in this country.

What do you make  of this fuel price hike? Is this justified? I would invite the economic specialists to join the debate and enlighten us about the forces that decide the swings in fuel prices, and whether we are actually getting ‘subsidised’ fuel as the government claims? Or are we shortchanged as we are, in almost every other aspect of day to day life by our inefficient government.